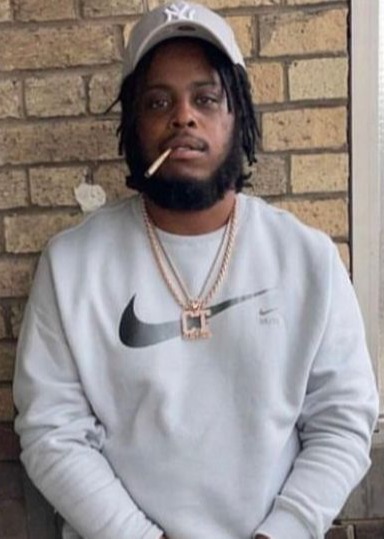 8One of the victims of the “gun battle” was rapper Perm 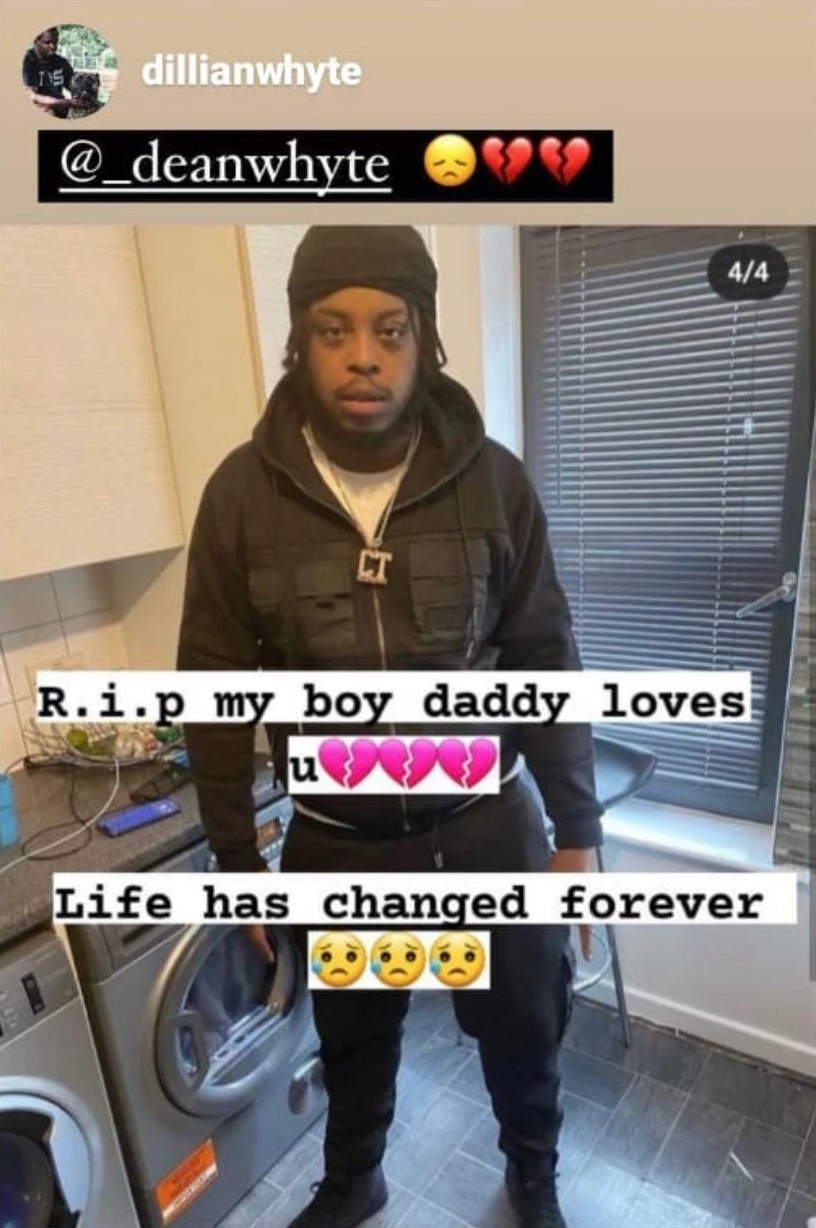 8Boxer Dillian shared a heart-breaking tribute to the drill artist 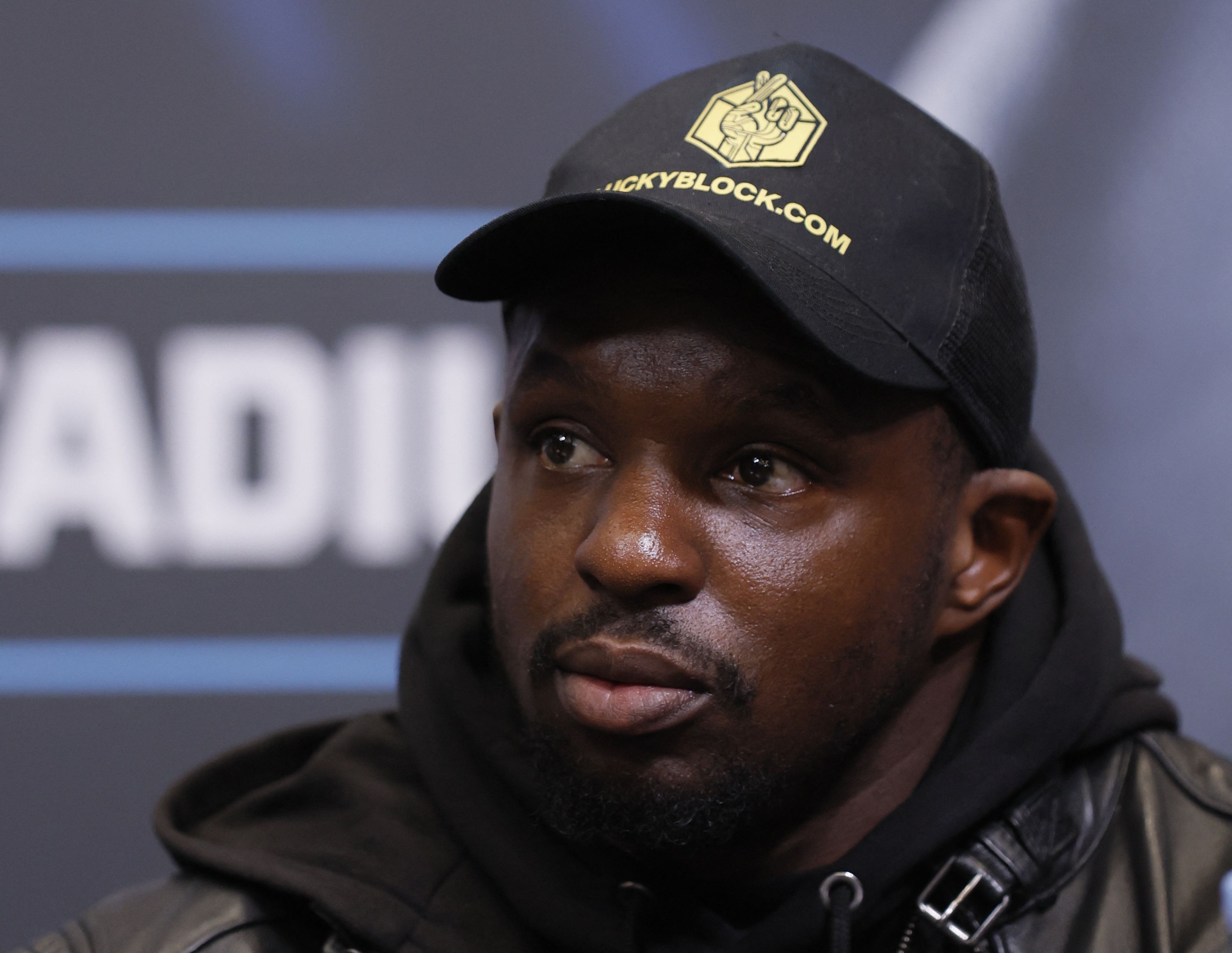 8Perm is the son of a close friend of the heavyweight boxerCredit: Reuters 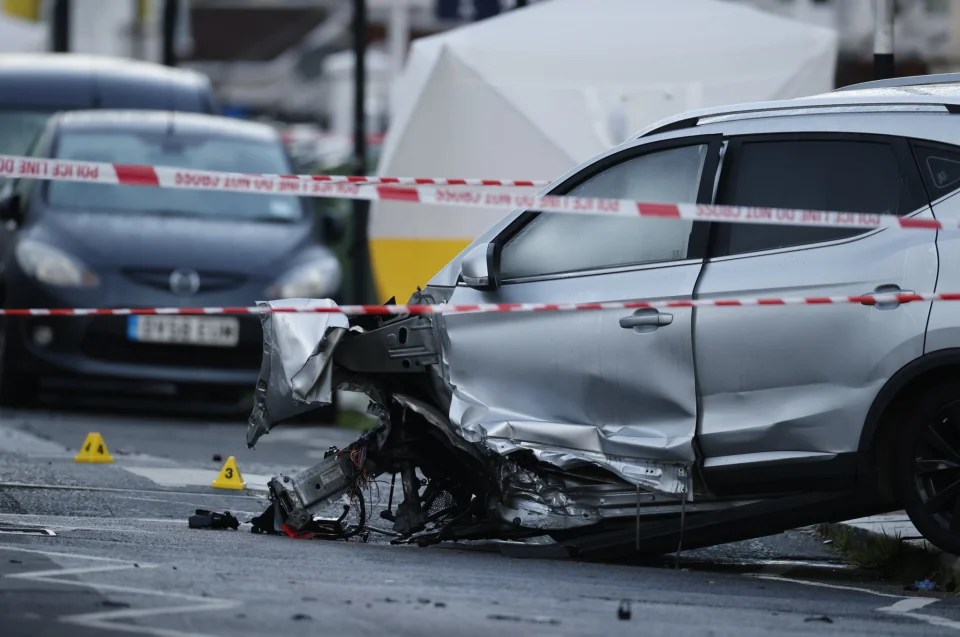 8The scene of the horror incident in Brixton this morning 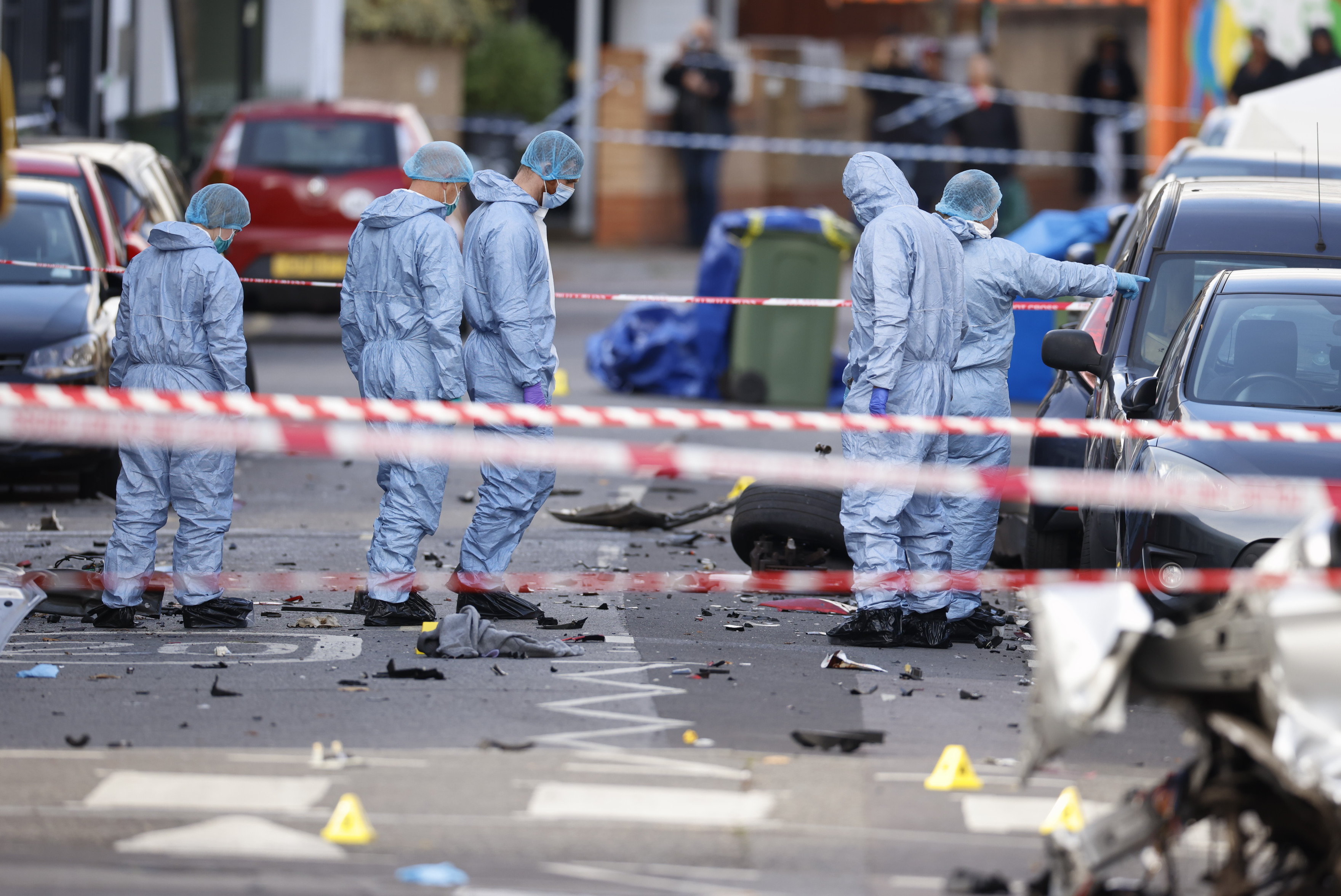 8Forensic teams were seen scouring the area for cluesCredit: LNP 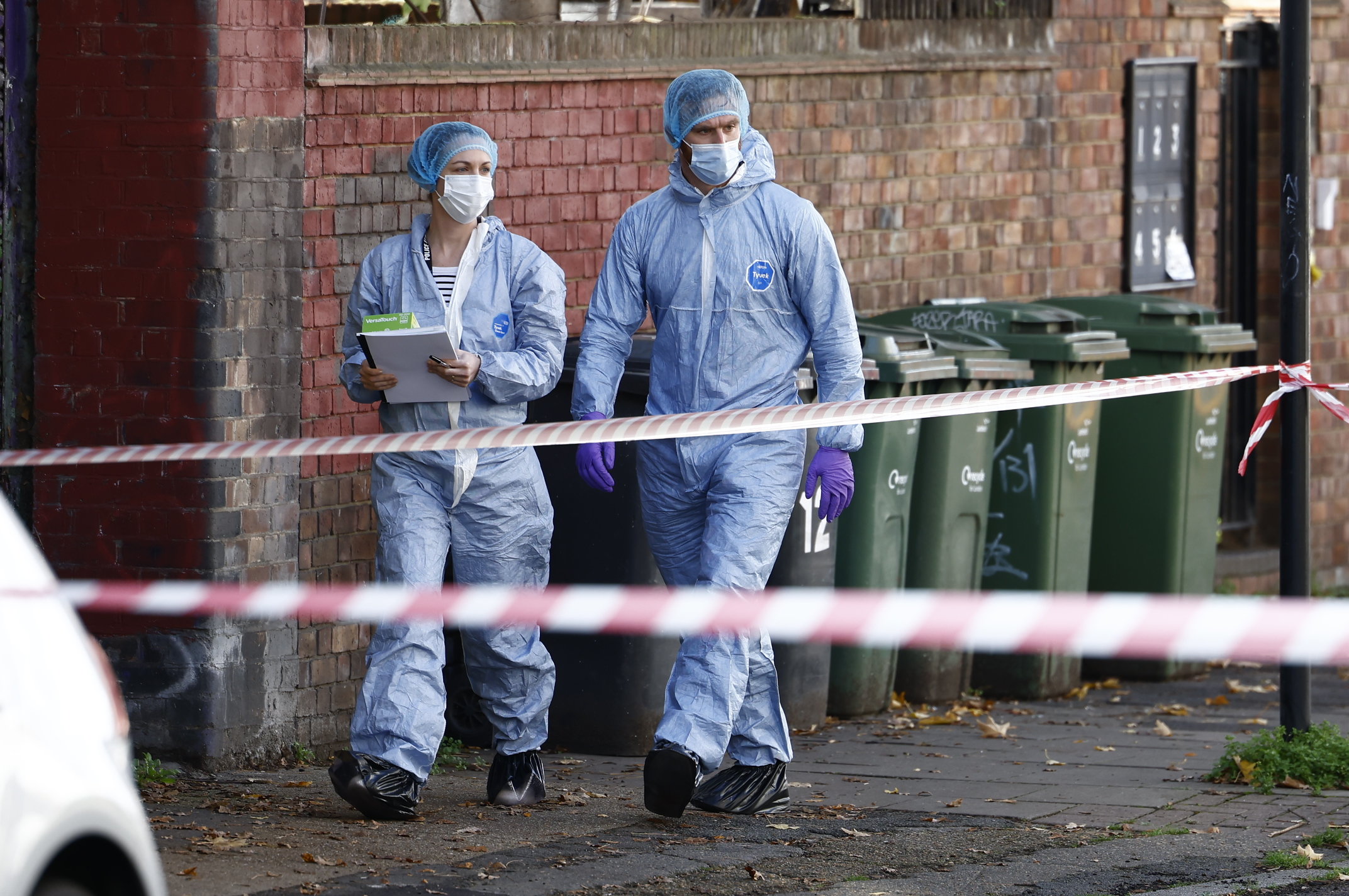 8The investigation is well underway after the horrific incidentCredit: LNP 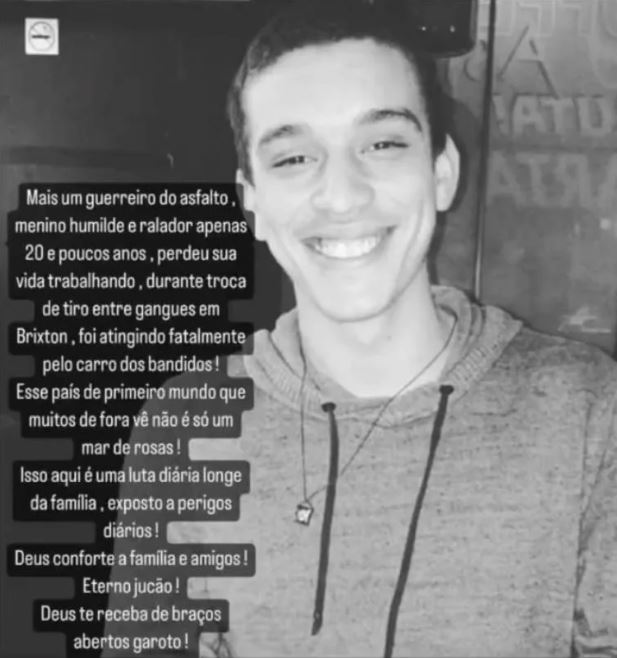 8Guilherme Messias Da Silva was named as the other man who died in the horror incidentCredit: InstagramDetectives believe two cars had been driving down Railton Road when one of the cars crashed into Guilherme’s moped.
The driver of the car – Perm – was then chased down by a gunman from the second car before he was tragically shot dead.
Cops said the two men were found injured on Railton Road but could not be saved by medics and died at the scene, while the gunman is reported to have fled.
Drill rapper “Perm” is the son of Dean Whyte who is known to be very close to sporting star Dillian.
Boxer Dillian reshared a heart-wrenching post from Dean on his own Instagram story accompanied by breaking heart emojis.
The original post read: “R.i.p my body daddy loves u.
“Life has changed forever.” 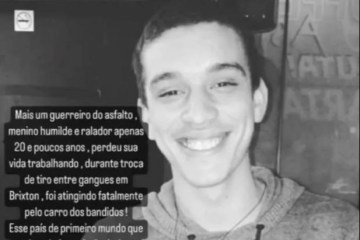 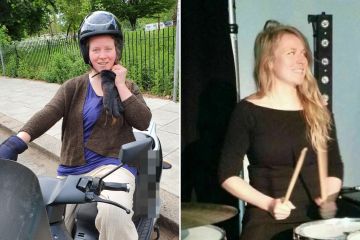 A murder investigation has been opened into the deaths which saw a car engine ripped out and catapulted across the road and a wheel sheered off its axel.
Innocent delivery driver Guilherme Messias da Silva, 21, was earlier named as the other victim of the horror attack.
Guilherme, from Brazil, was unfortunately caught up in the crossfire of the “gang” attack.
Paulo Silva, 42, a fellow Deliveroo driver, described the 21-year-old as a “good boy” and “young”, adding that it was one of his last shifts before he planned to move back home to Brazil.
A moving tribute on Instagram was posted by someone close to Guilherme describing him as a “very special” and “humble” boy.

Gregory Osefoh, 59, who runs Stanley Mini Markey, wasn’t working when the shooting took place but his colleague was.
He said: “He thought it was fireworks going on outside. He was ok.”
“Nobody will feel good when a life is lost. People shooting each other for nothing. It is terrible. We’re not brought up that way where we come from, we have family values we have value for life.
“Most people don’t know the opportunities they have and resort to crime. It’s very unfortunate.”
Perm’s family has been informed of his death but it is believed that the family of Guilherme have not been informed.
One resident reported hearing around 12 gunshots as the mayhem unfolded.
Including the two men killed last night, six people have been slain in a week of London bloodshed.
A man was stabbed to death near London Waterloo Station in the early hours of Saturday morning.
And a murder investigation was launched on Sunday morning after a 21-year-old man was fatally knifed in Brent.
While last week two men were gunned down in an alleged tit-for-tar war between rival gangs in East London.
Video footage from the aftermath in Brixton shows a trail of debris and destruction.
‘GUNMAN’
In a statement, police said: “At this early stage, detectives believe two cars were driving in the Railton Road area when one of the cars was in collision with a moped before further colliding with parked vehicles.
“The rider of the moped died as a result of his injuries.
“A man from the car involved in the collision got out of the vehicle and was pursued by a male, armed with a firearm, from the second car. The fleeing male was shot and he died at the scene.
“The gunman returned to his car and left the scene.”
A wrecked blue hatchback can be seen on the pavement with a crumpled bonnet, and a wheel torn off its axle in the road nearby.
Meanwhile its engine was ripped out and catapulted to the other side of the street by the force of the impact.
At least four parked cars were also badly damaged, including a black VW that appeared to have had its rear windscreen shot in.
Cops are still present at the scene this morning with a forensic tent erected.
Police said they had made no arrests so far and appealed for witnesses.
The force did not reveal the nature of the injuries suffered by the two victims.
Their next of kin are yet to be informed and police are awaiting formal identification.
‘SHOCKED AND SADDENED’
In the statement, Chief Superintendent Colin Wingrove of the Central South Command Unit said: “I am shocked and saddened by this incident.
“Our thoughts are with the families and friends of the two young men who have tragically lost their lives.
“This incident will cause a great deal of concern throughout the local community and across London.“We are supporting Specialist Crime detectives, who are working at pace to confirm the specific sequence of events and identify and arrest those responsible.
“Local officers are on the scene and patrolling the local area to speak to local residents, seek witnesses and provide visible reassurance.

“I would urge anyone with any information however small to come forward to help bring whoever is responsible to justice.”
Anyone with information is asked to call police via 101 quoting reference CAD 6166/30Oct. To remain anonymous call Crimestoppers on 0800 555 111. 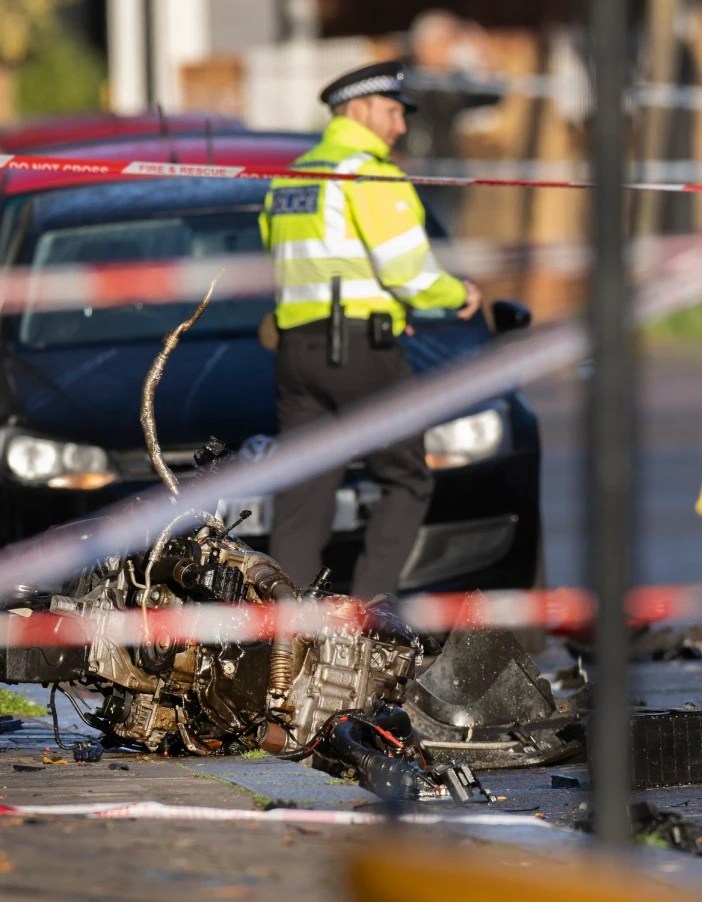 8Cops were still at the scene this morning among the wreckage where an engine was ripped out by the force of impact
Story Credit: thesun.co.uk

Armed cops corner killer dog and gun beast down in house after it mauled girl, 4, to death in horror attack

Feeling financially insecure about retirement? 6 ideas for getting unstuck

Feeling financially insecure about retirement? 6 ideas for getting unstuck