BRITAIN will be able to ignore late rulings made by Euro judges that block deportation flights, under plans being considered by ministers.
Earlier this year the European Court of Human Rights sparked fury with a last ditch intervention that grounded the first Rwanda deportation. 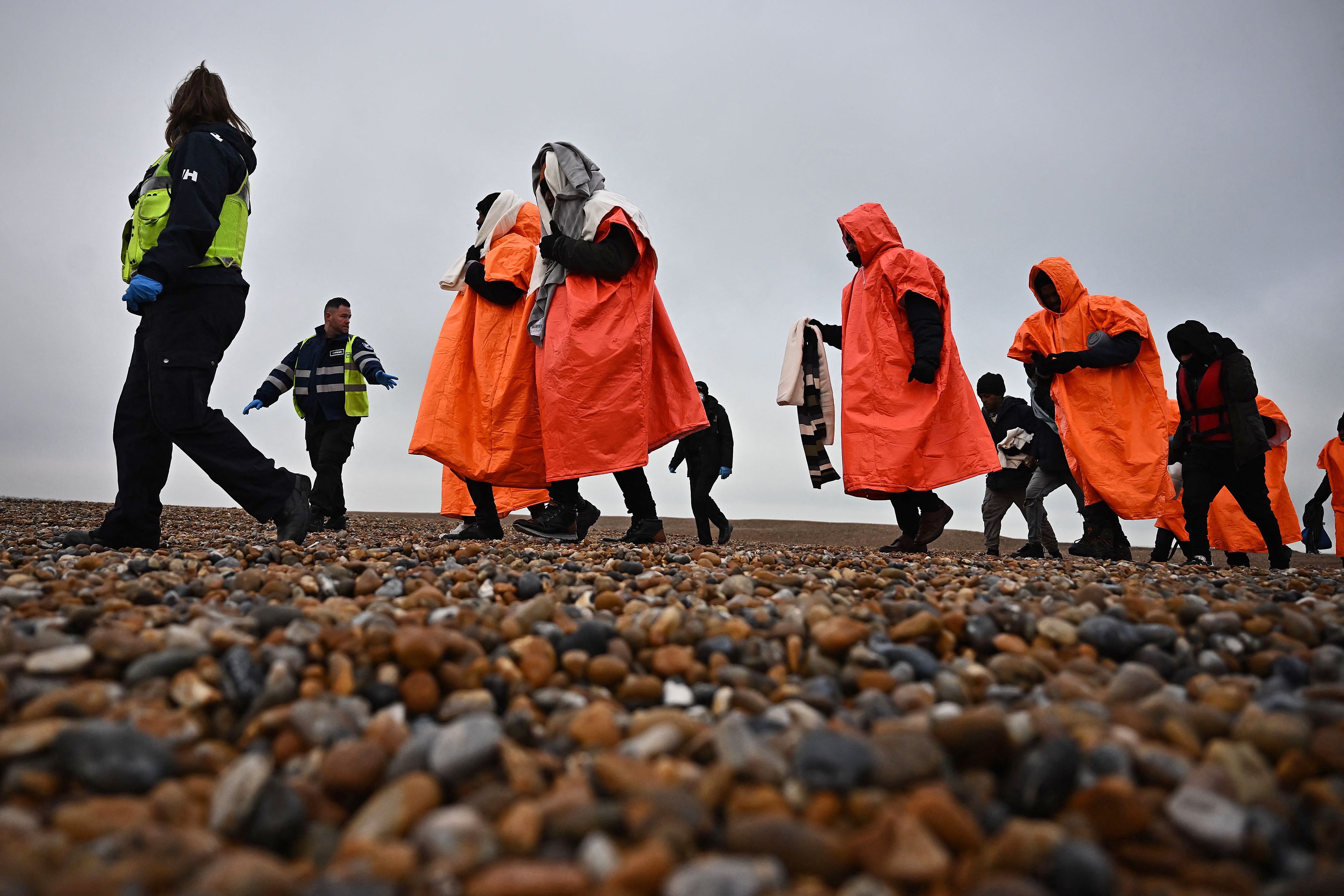 1Channel migrants on arriving in BritainCredit: AFPBut The Sun on Sunday understands that No10 is considering new laws making it clear the UK can ignore final minute orders by the court.
It would mean deportation flights could not be stopped by judges in Strasbourg moments before take-off.
It comes as British courts will rule on whether the government’s Rwanda plans are legal on Monday.
The powers to ignore the Euro judges were due to be included in the now shelved Bill of Rights – but discussions have taken place to use them in new immigration laws set to be announced in the new year instead.
In June an anonymous Euro judge used a so-called ‘rule 39 interim orders’ to stop a 54-year-old Iraqi, known as KN from being sent to Rwanda – which led to the entire flight being axed.
The decision was made behind closed doors at the 11th hour after the flight had been approved in Britain’s Supreme Court.
Under the new laws, set to be introduced in January, ministers could ignore the interim orders, which are seen as court rules rather than laws, without leaving the ECHR.
But they would still be bound to wider, final ECHR rulings.

A government source confirmed there had been “some discussion” about taking the powers from the Bill of Rights, but added “nothing has been decided yet.”
Earlier this year Deputy Prime Minister Dominic Raab said the injunctions were “not grounded” in Human Rights laws but were part of the court’s “internal rules” and so could be ignored.
This week the PM Rishi Sunak announced a five point plan to tackle the emergency in the Channel.
A day later four migrants died in the freezing waters attempting to make the perilous crossing.
Yesterday Home Secretary Suella Braverman warned that failing to tackle the issue will cost the Tory party the next election.
Speaking to The Times she said: “This is the last-chance saloon for us when it comes to tackling illegal migration.”
Mrs Braverman didn’t rule out leaving the European Convention on Human Rights adding: “I would say nothing’s off the table.”