A MAN has died and two women were hospitalised after a horror blaze ripped through a home.
Emergency services rushed to the scene in Brentford, London, when the fire started just after 4pm. 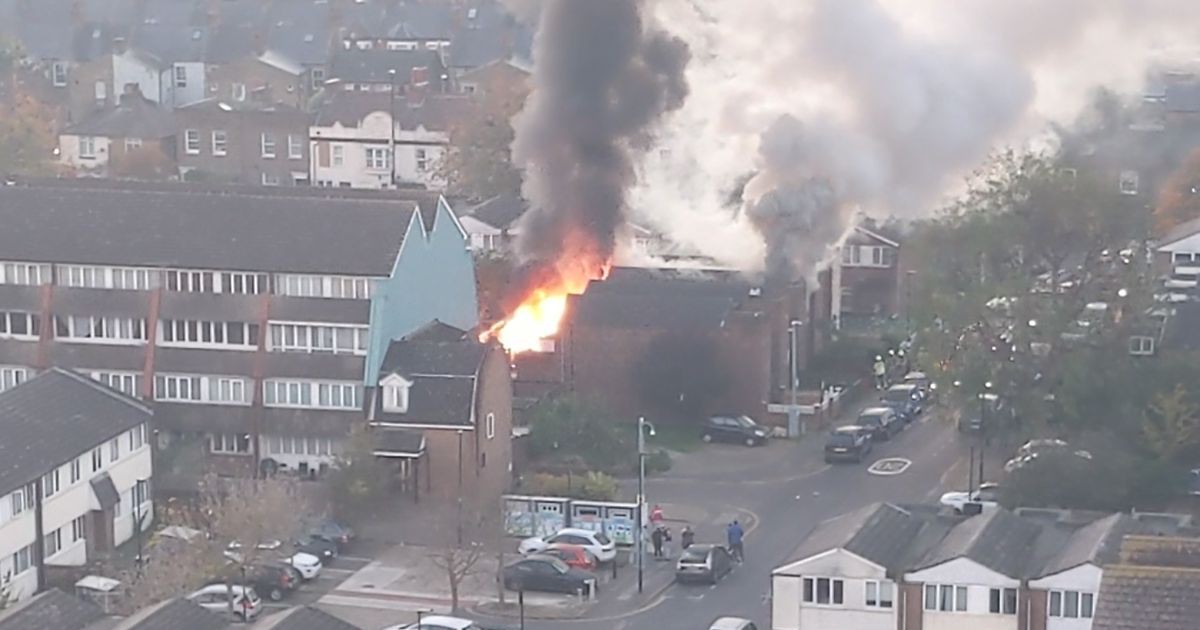 1A man has died and two women were hospitalised after a horror blaze in LondonCredit: Benedict Humphris/My LondonRoads were closed in the surrounding area as eight fire engines and 65 firefighters tackled the fire at the home.
A man was found on the ground floor of the West London property and pronounced dead at the scene.
While two women were rushed to hospital and their conditions are currently unknown.
It took firefighters over two hours to tackle the blaze with the cause of the fire under investigation.

A London Fire Brigade spokesperson said: “A man has sadly died following a house fire on Netley Road in Brentford.
“The two storey house fire was badly damaged by the blaze. Firefighters found the man on the ground floor. He was pronounced dead at the scene.
“A woman was rescued by firefighters and was taken to hospital by London Ambulance Service crews. Another woman left the property before the Brigade arrived and was also taken to hospital.
“The Brigade was called at 1603 and the fire was under control by 1714. Fire crews from Chiswick and surrounding fire stations were at the scene. The cause of the fire is under investigation.”
A spokesperson for the Metropolitan Police said: “Officers were called at about 4.05pm on Sunday, November 13 to reports of a fire inside a flat on Netley Road in Brentford. Emergency services are in attendance.

“Three people were treated by the London Ambulance Service. Despite the efforts of paramedics, one person was pronounced dead at the scene.
“The other two people have been taken to hospital; we await an update on their condition. A number of neighbouring properties have been evacuated.”