HomeUK NewsBoy, 14, dies after being knocked down by hit-and-run driver outside school
UK News

Boy, 14, dies after being knocked down by hit-and-run driver outside school

A YOUNG boy has died after he was knocked down in a hit and run outside a school.
The 14-year-old was hit by a car in Swindon yesterday morning before the driver fled the scene. 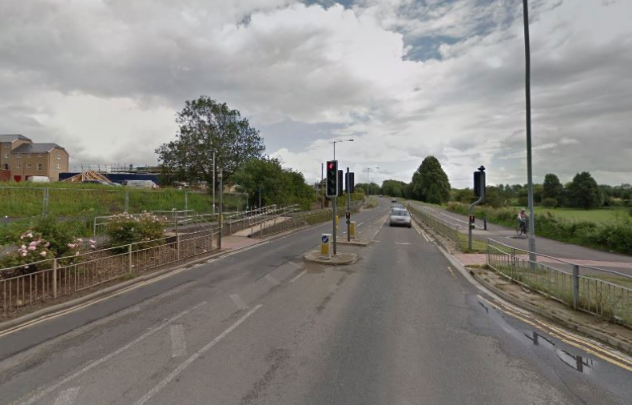 1A young boy was killed on Akers Way in SwindonHe was rushed to Southmead Hospital in Bristol in a critical condition, but has sadly died.
Cops are now appealing for witnesses to the tragic incident which took place at 8.20am on Akers Way.
Police yesterday arrested a woman, in her 50s, on suspicion of causing serious injury by dangerous driving. She has since been released on conditional bail pending further enquiries.
A spokesperson for Wiltshire Police said: “A 14-year-old boy has been sadly pronounced dead, despite the best efforts of medical staff, following a road traffic collision in Swindon, yesterday morning.
“Our thoughts are with the family and friends of the teenager at this incredibly difficult time, and we would ask that their privacy is respected.

“We are continuing to appeal for witnesses to the tragic incident which took place at about 8.20am on Akers Way when the boy was hit by a car which failed to stop at the scene.”
Any witnesses to the collision or anyone who may have dash cam are asked to contact the Serious Collision Investigation Team at Police Headquarters on 01225 694597.