THE BBC is our national broadcaster.
On Sunday night, it behaved more like a state one. 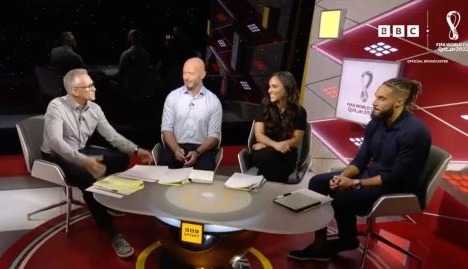 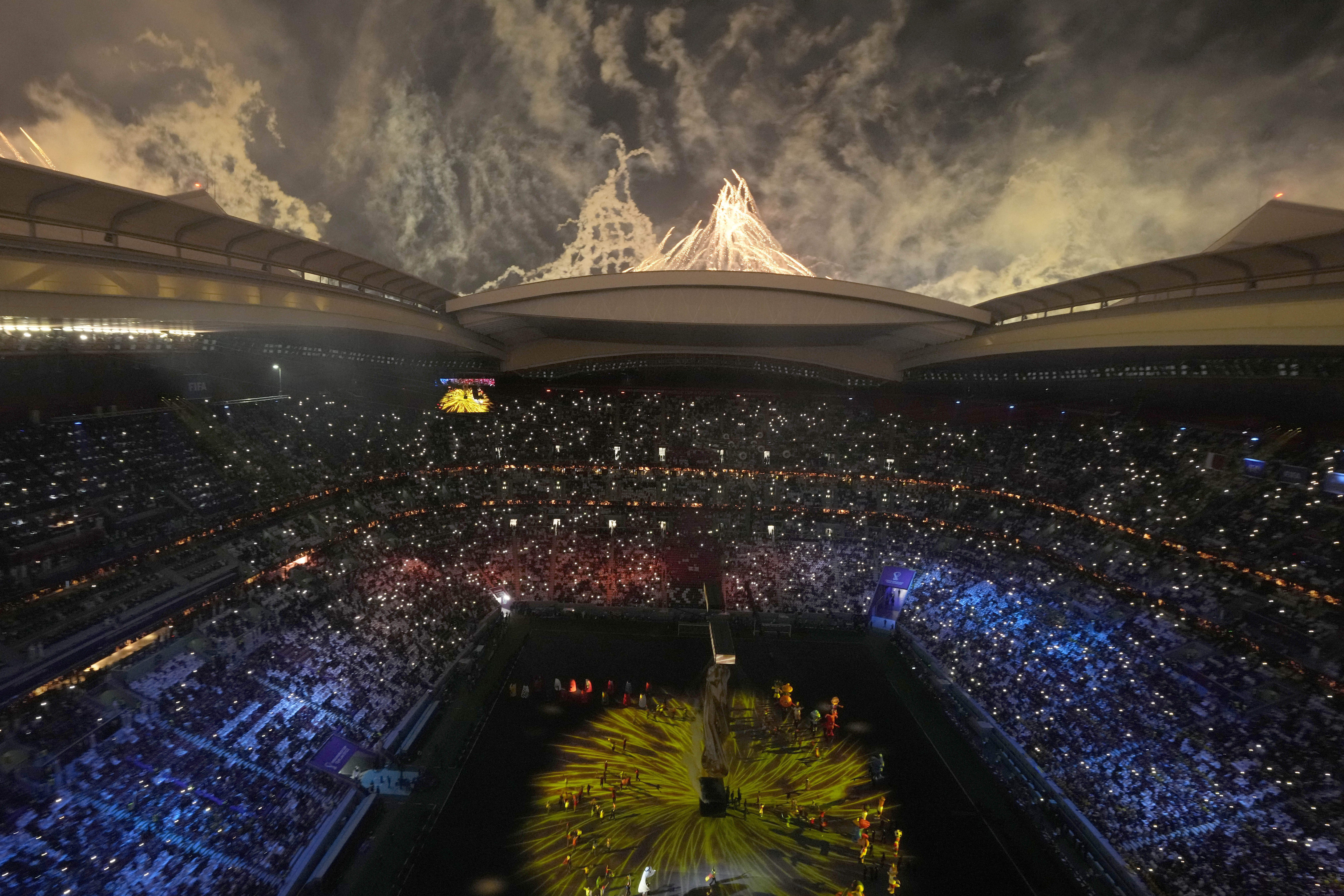 7The BBC censored the nation by refusing to air the World Cup opening ceremonyCredit: APIn refusing to air the World Cup opening ceremony, the Beeb censored the nation, dictating precisely what we could or couldn’t watch.
So, we could watch Ecuador thump the bad guys, Qatar, 2-0.
We could see stands half filled as fans voted with their feet about the Middle Eastern country’s general appallingness.
And we could see how VAR appears to be operating on an entirely selective basis. 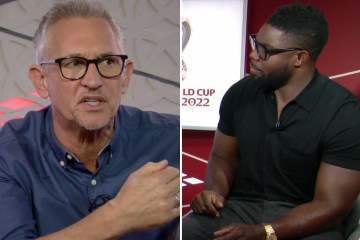 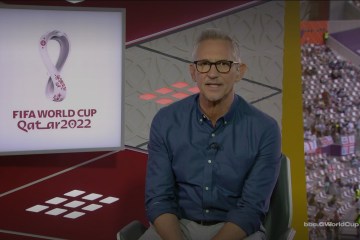 We could also see (and hear) anchor Gary Lineker telling the nation: “It’s the most controversial World Cup in history and a ball hasn’t even been kicked,” before making it even more controversial by conveniently ignoring the 30-minute opening ceremony.
What we couldn’t see was BTS’s Jungkook (a sort of South Korean Harry Styles) warble his catchy little song, Dreamers.
Nor could we see disgraced Hollywood star Morgan Freeman making an appearance.
(Fittingly, for a completely farcical World Cup, this was an appearance by a man accused of sexual and verbal harassment by eight different women. In a host country whose arcane laws abuse women on a daily basis. What LOLs.)

We also missed some ­dancers rhythmically banging their big drums, and a camel incongruously loping around the Al Bayt Stadium.
Ultimately, though, we bore witness to the BBC’s stonking hypocrisy.
After all, this is a corporation that, four years ago, eagerly bid for the rights to air the planet’s most famous sporting tournament.
Why go to the effort of winning the televisual rights, only then to assiduously trash them? Talk about a pyrrhic victory.
We all know that Fifa’s decision to award Qatar the World Cup stinks.
Qatar is a cruel, backward, misogynistic, homophobic regime.
Gary and his co-pundits Alex Scott and Alan Shearer were absolutely right to pass comment on the depressing situation.
But that doesn’t mean the BBC has any right to rewrite history.
Auntie has insisted Sunday’s transmission wasn’t the television equivalent of Pravda.
(Which is again ironic given the Corporation merrily screened the opening ceremony to the Russian World Cup in 2018 . . . that nation famed for its fluffy-bunny acceptance of LGBTQ issues, and the sovereignty of other nations.)
The opening ceremony was, she squealed, available on the red button, and iPlayer.
Try telling anyone over 60 about the red button, and see if they can locate it.
Yesterday, on Radio 4’s Today show, the first four items up for discussion were essentially hot-takes on Qatar’s politics.
During England’s match against Iran yesterday, Alex Scott at least put her money where her mouth is.
Sanctions threat
Following an impassioned speech hitting out at the aptly surnamed straight white, middle class, able-bodied Fifa president Gianni Infantino — who claimed he identified with gays, women, Africans, the disabled and migrant workers — she bravely took to the pitch wearing a One Love rainbow armband.
England captain Harry Kane, meanwhile, did not wear his armband — the one he had ­solemnly pledged to don just 24 hours earlier.
The star was forced into an impossible possible position by, you’ve guessed it, those contrary f***ers at Fifa who threatened sanctions to players wearing them.
Harry was damned if he did, damned if he didn’t.
Still, he didn’t — but no thanks to the BBC which was among those questioning why Harry wasn’t doing more to back repressed women in Iran.
Poor Harry. Kicking a ball came about sixth on his list of priorities yesterday.
The BBC has tied itself in knots trying to be all things to all people.
Except people who want to leave politics out of sport, and just watch 22 people-with-penises (after all, the woke BBC probably would not dare call them “men”) lump a ball around a pitch.
So much for letting the football do the talking.
Fans too hung up on phones
WITH much fanfare, Adele-from-Tottenham is back.
The singer’s first night at Vegas has been hailed by fans and critics alike. 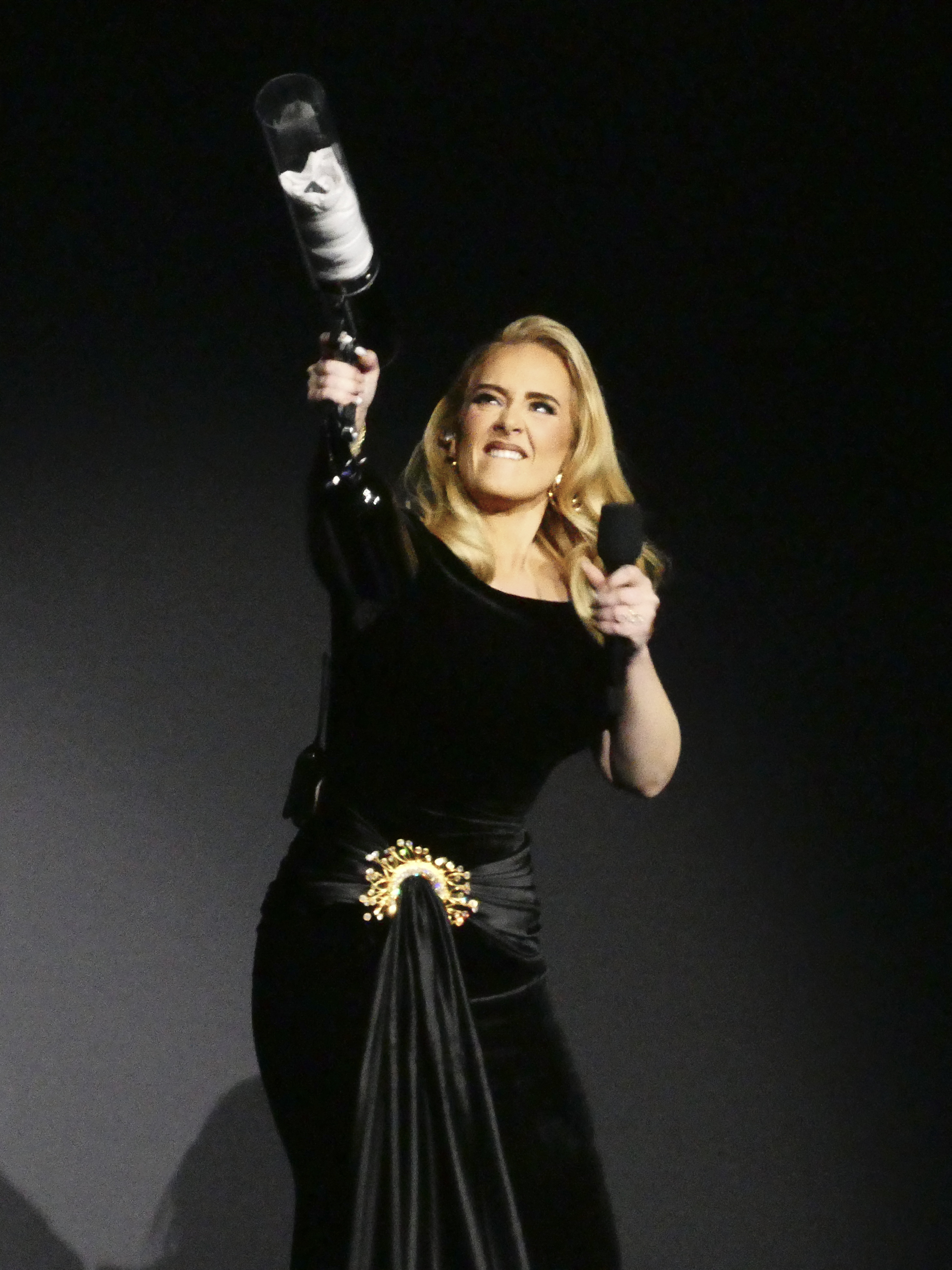 7Adele’s first night at Vegas has been hailed by fans and critics alikeCredit: The Mega Agency 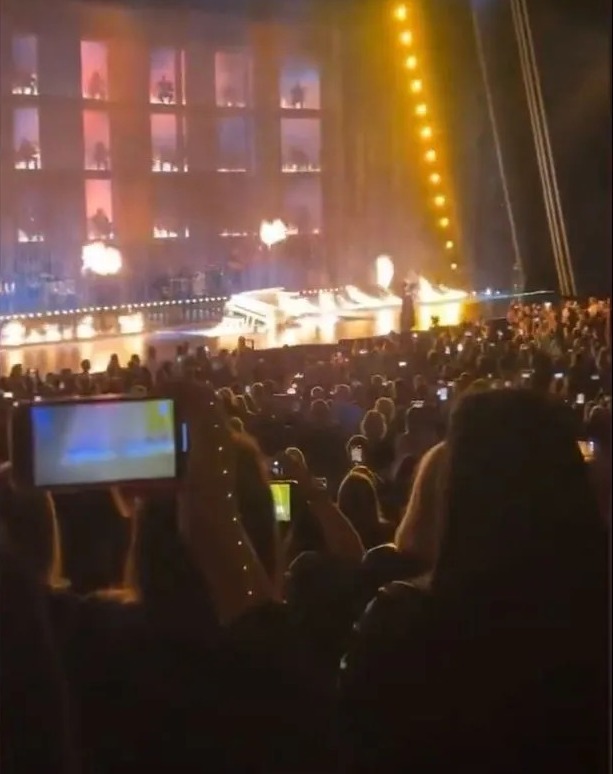 7Photos emerged of fans watching Adele on stage from the lens of their smartphonesCredit: @BrandonLopezTVThe only depressing photos to emerge from her stage return are those of fans excitedly watching her . . . through the lens of their smartphones.
Why pay hundreds of pounds to watch a once-in-a- generation talent perform live . . . and then spend the evening watching it through the prism of a screen?
And whatever happened to living in the moment?
The real meaning
RESEARCHERS claim the lyrics, artists and songs people listen to correspond to how “emotionally stable” they are when it comes to romance.
According to Spotify, my most played song is Shake It Off by Taylor Swift. 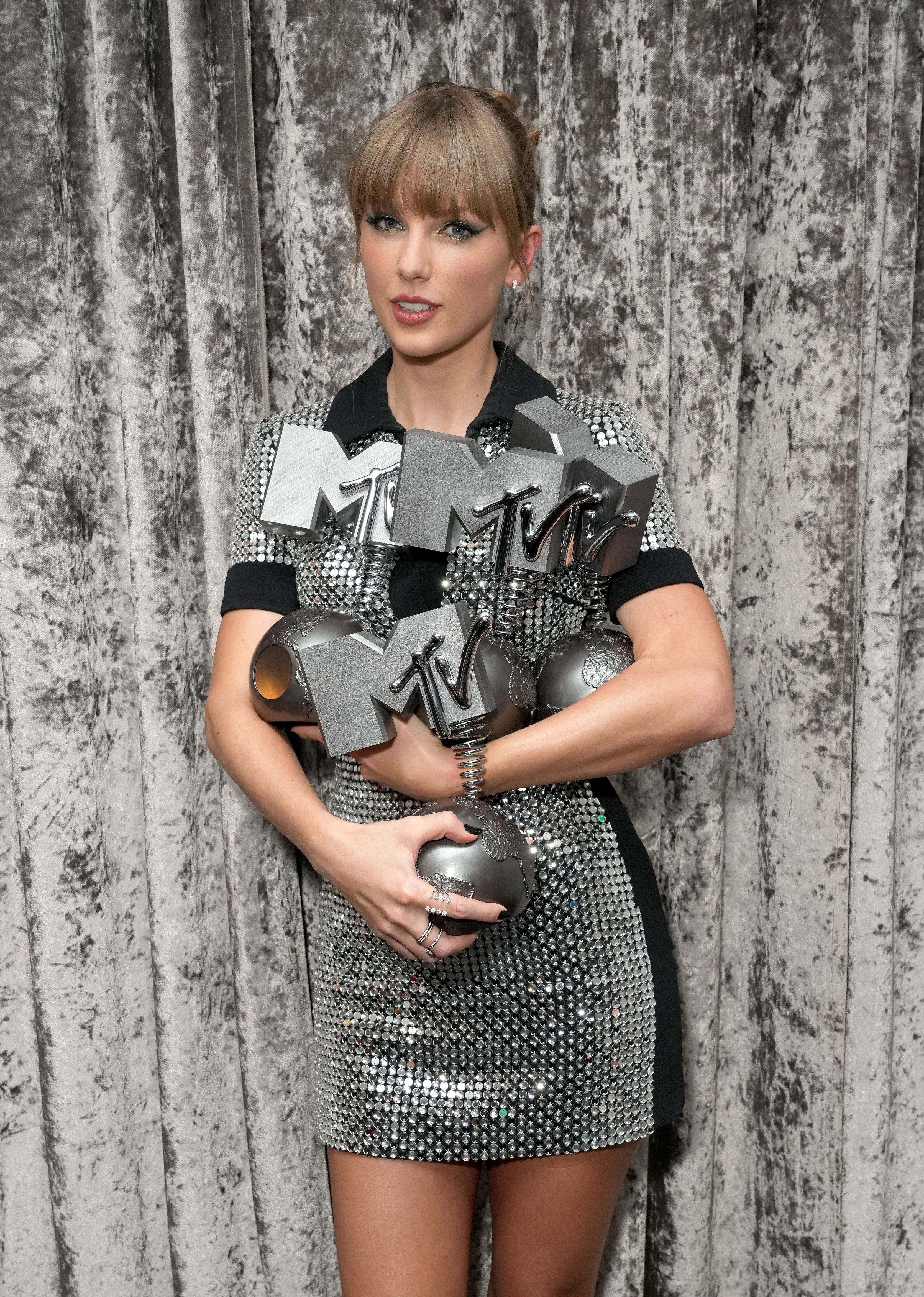 7Researchers claim the music people listen to corresponds to how ’emotionally stable’ they are – pictured Taylor SwiftCredit: GettyWhich explains a lot.
BBC bashing
I REALISE there’s a bit of a theme on this column – a spot of BBC bashing.
But next up, the brilliant Paul O’Grady – released by the utterly unselfaware corporation – has landed a job at Boom Radio. 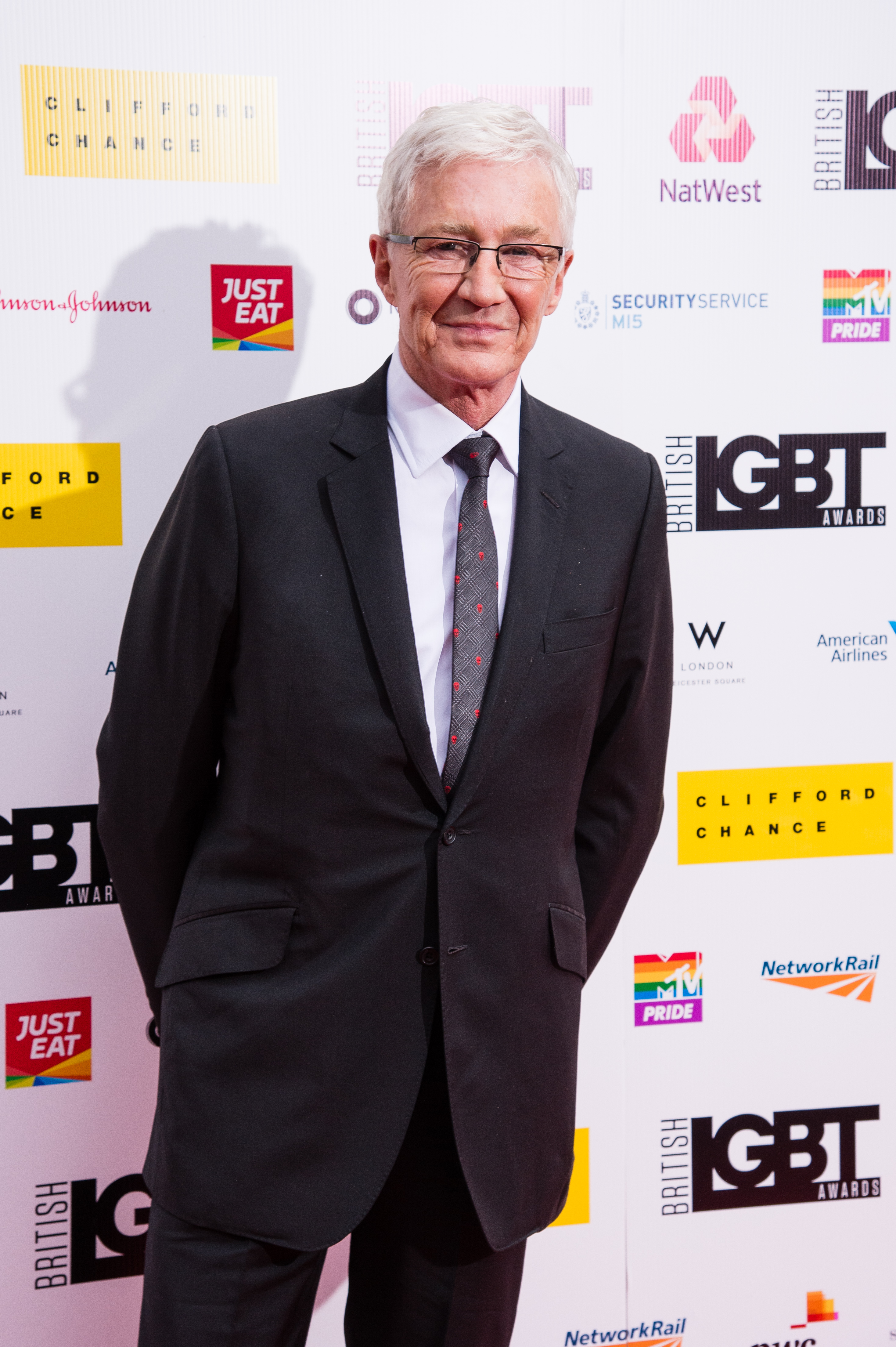 7Paul O’Grady has landed a job at Boom RadioCredit: GettyThe station, increasingly coaxing listeners from Radio 2, has given the broadcaster a Christmas Day special, just weeks after he was forced out of Radio 2.
Paul, 67, left the station in August after he had to start sharing his slot with comedian Rob Beckett, a man 31 years his junior.
The BBC needs to wise up to true talent – and stop obsessing over age.
Tackle China crisis
NOW I’m no David Attenborough.
But one way to save our, apparently, rapidly dying planet seems pretty obvious . . . stop pandering to China.
Hopes of limiting global warming to 1.5C are said to be on “life support” after international climate talks failed to agree new action on carbon emissions.
But while our government continues its dogged pursuit of the Cult of Net Zero, China’s own emissions famously exceed all of the developed nations’ combined.
As witnessed by the recent G20 summit, the western world is letting President Xi Jinping get away, quite literally, with murder.
Bleak vision
NEARLY half of young Brits believe the country is structurally racist.
A university academic suggests 59 per cent of school-leavers had been taught at least one of three concepts linked to critical race theory.
In an unfortunate twist, within hours of the report’s widespread publication, an I’m A Celebrity row unfurled, with viewers accusing the public of causal, everyday racism.
Fans – presumably the non-racist ones – kicked off after Scarlette Douglas became the second celeb voted off the show (losing out to comic Babatúndé Aléshé) following the departure of Loose Women’s Charlene White.
Depressing if true.
Lonely singletons
THINGS could be worse.
Loving Bear Puffy is a “5ft 7in, milky-brown emotional support bear” for lonely singletons in need of a cuddle. Truly. 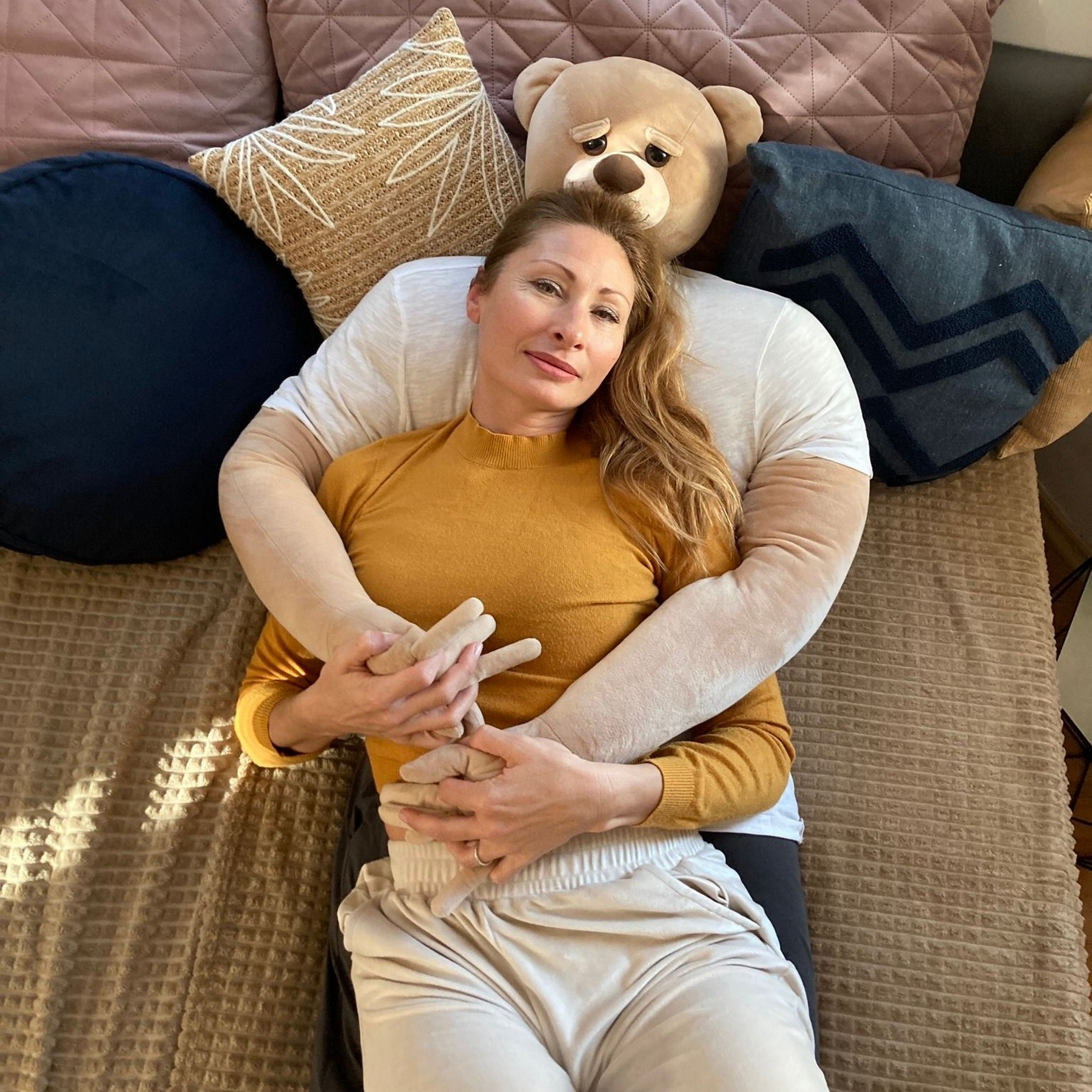 7Loving Bear Puffy is a ‘5ft 7in, milky-brown emotional support bear’ for lonely singletons in need of a cuddleCredit: SWNSThe stuffed creature, which has the “shape and size of a male human body with the head of a half-asleep bear”, is a snip at £135.
And I thought Tinder was bad.
Twitts miss point
WAITROSE has been slammed for insensitivity to skin cancer sufferers.
The evil conglomerate’s crime?
“Glorifying” sun tans.
The supermarket chain was forced to apologise after incurring the wrath (obviously) of Twitter, after its Christmas ad showed two farmers lifting their T-shirt sleeves to compare tan lines.
Of course, Waitrose’s efforts to champion British farming, at a time when it needs it most, went completely unnoticed.
Do the frothing Twitterati not find such constant anger at absolutely anything and everything UTTERLY exhausting?
AH, football: The beautiful game.
Warrington Town’s Tony Thompson was sent off over the weekend after squirting wee at a fan.
The, er, p***ed-off player insisted a rival Guiseley fan had earlier swapped his water bottle for one filled with urine.
Lovely stuff.

IN arguably the week’s least surprising news, Meghan Markle talks more than the guests in her podcasts.
Ms Markle, forever putting the “me” in Meghan, wanged on for nearly twice as long as global tennis superstar Serena Williams in the inaugural episode of Archetypes.
Meanwhile Sophie ­Trudeau – Canada’s First Lady – was granted just two minutes and nine seconds of airtime in her podcast. The poor soul.