BANKSY has made his mark in Ukraine after unveiling a painting of a gymnast on the side of a tower block bombed by Russia.
The anonymous graffiti artist shared images of his latest artwork on a wall of a destroyed building in Borodyanka – 35 miles from the capital Kyiv. 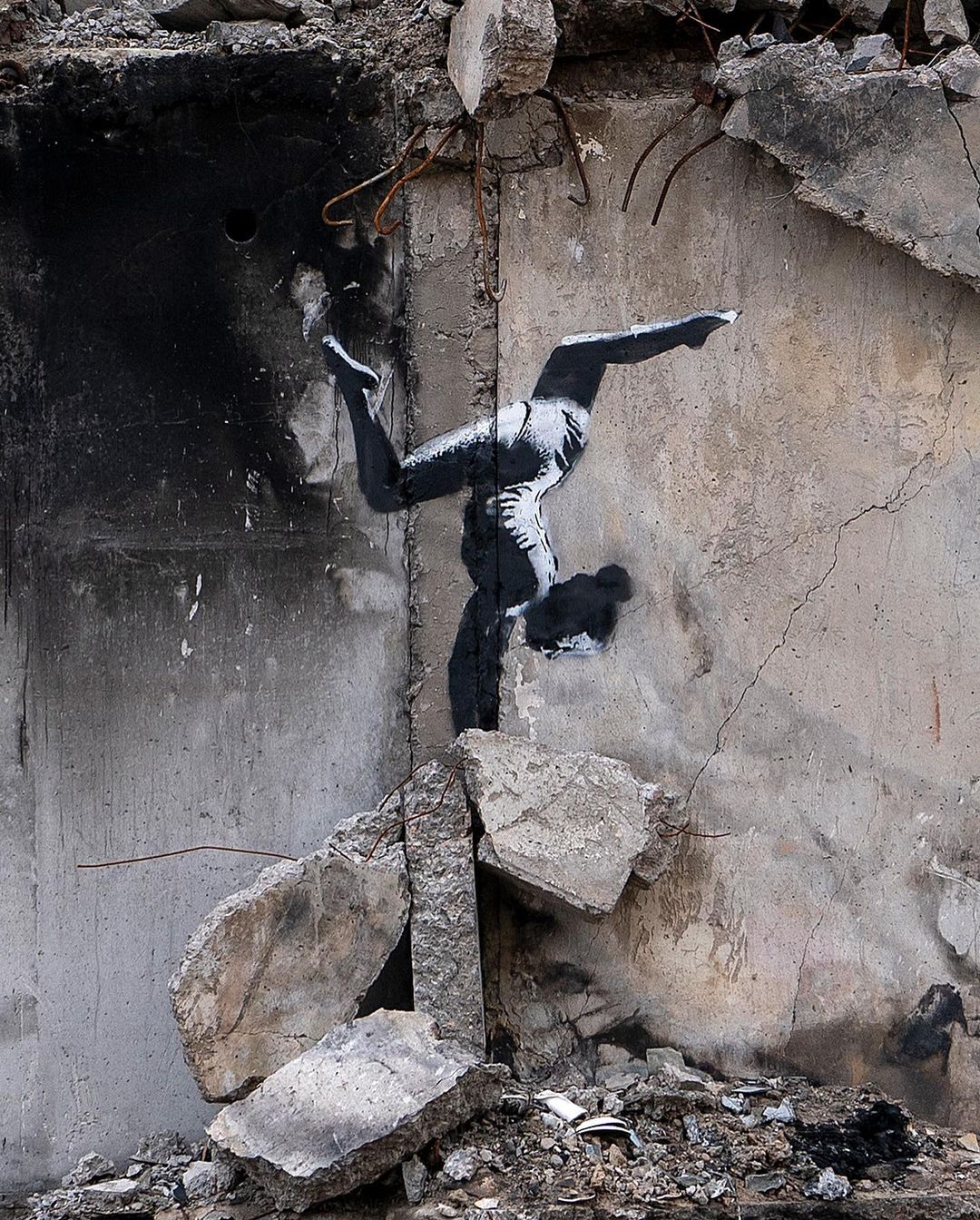 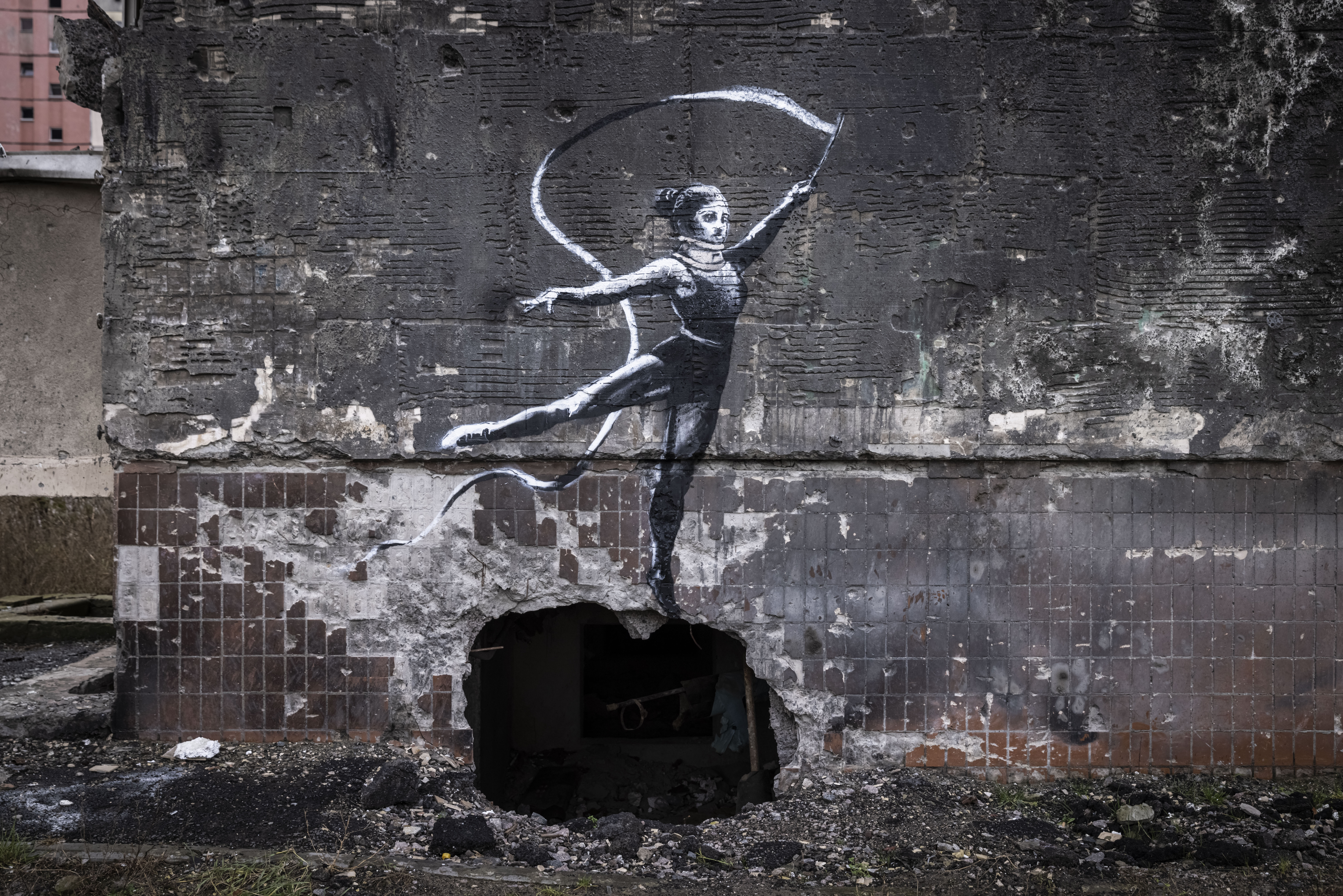 4Graffiti of a woman waving a ribbon seen on the wall of a destroyed building in IrpinCredit: Getty 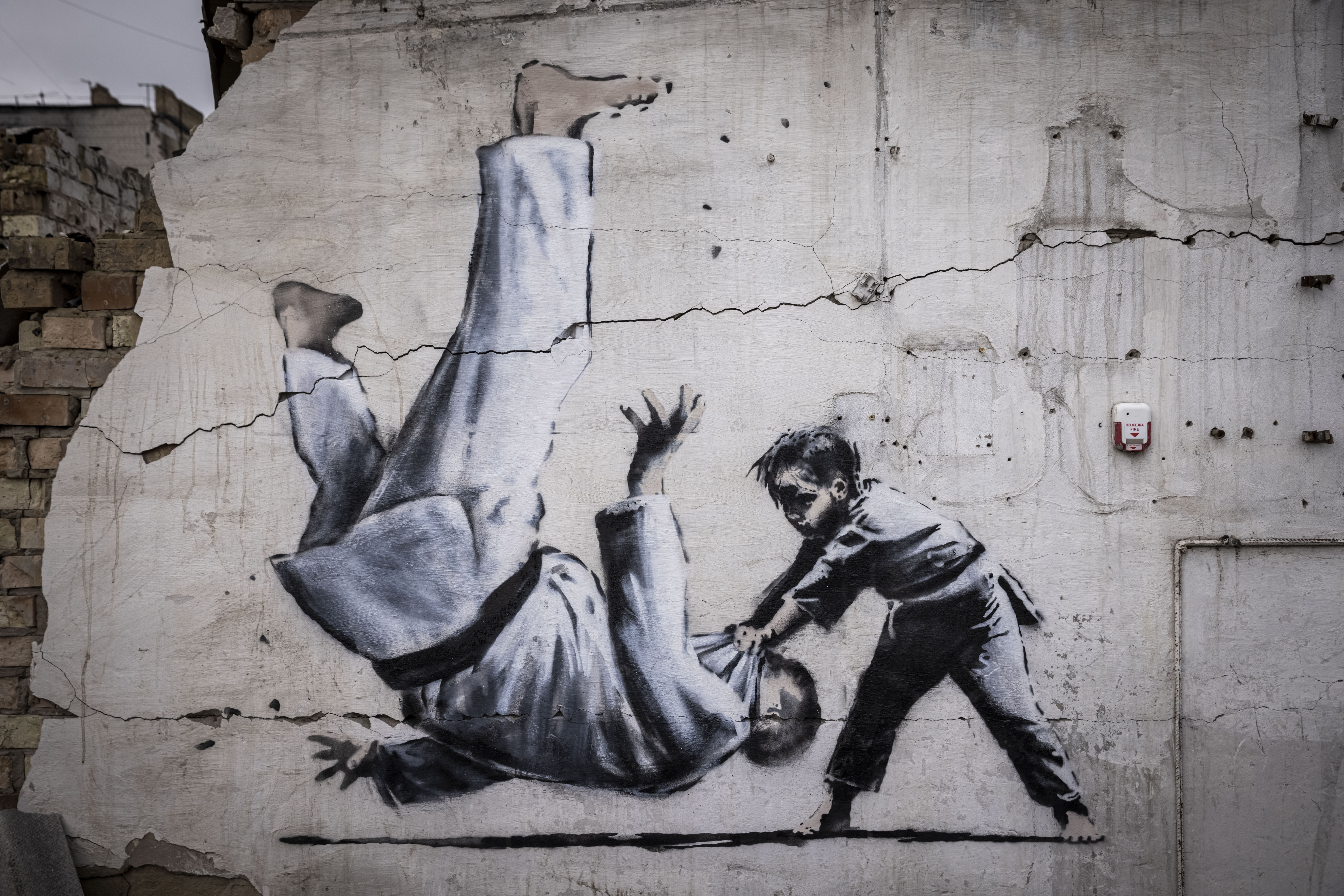 4A painting of a child throwing a man on the floor on a wall in BorodyankaCredit: GettyThree pictures on his official Instagram showed a woman in a leotard doing a handstand.
He captioned the post: “Borodyanka, Ukraine.”
Borodyanka was relentlessly bombed by Vladimir Putin’s troops at the start of the Ukraine war and many of the town’s buildings and apartment blocks have been reduced to giant piles of rubble.
Rumours of Banksy’s arrival in Ukraine started swirling on Friday after a painting of a child throwing a man to the floor in a judo outfit was spotted on a building in the same town. 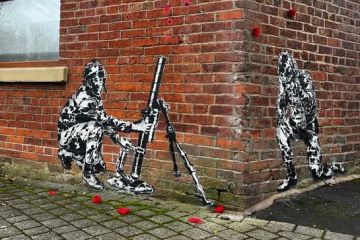 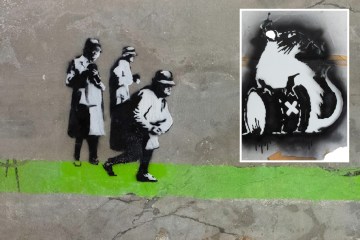 Photojournalist Ed Ram, who is in Ukraine working for photo agency Getty, snapped the image before Banksy confirmed he was in the country.
Ed said: “I wonder if it might be a Banksy or an imitation?
“Russian President Vladimir Putin, who was a black belt in judo, was removed from his position as honorary president of the International Judo Federation in May.”
The image was shared by Martyn Reed, an artist, who said: “It’s beginning to look like Banksy is in Ukraine.

“There was some debate when the first stencil appeared… expect to see more popping up in the coming days.”
A Banksy-style artwork also appeared in the nearby city of Irpin.
The image showed a woman in a leotard and a neck brace waving a ribbon.
Banksy’s post of his street art in Borodyanka has been liked by more than 800,000 fans, while nearly 10,000 have left comments.

Thousands praised Banksy for the “amazing” artwork and Ukrainians thanked the British artist for “showing the world the tragedy” of the war.
One fan said: “I knew you would go there. I hoped you would go there. I wished you would go there. I prayed you would go there.
“And you did it. You did it right mister Banksy.”
Another wrote: “Until today, I just loved your art. Now I love you, whoever you are.”
A third commented: “Thank you for your art, which has always been inconvenient for society, but so important!
“You reminded everyone once again that the war continues, and the enemy of the world has not yet been defeated.”
A fourth said: “I can’t believe it! Such a stunning work. Thank you from all our hearts.”
It’s not the first time Banksy has ventured into war zones.
He has travelled to Palestine many times, painting near the huge wall built by the Israelis and then to open a guesthouse called The Walled Off Hotel in Bethlehem.
In the UK, he was also involved in supporting the Colston 4 – the four protesters accused of pushing the statue of Edward Colston into Bristol harbour in 2020.
Before the Ukraine painting, the most recent work on his Instagram was the t-shirt design that raised money for the four charged and then cleared with criminal damage.
In his home city of Bristol, he painted another in the Girl with a Red Balloon series in Barton Hill.
And he also painted “Aachoo” on the wall at the bottom of England’s steepest residential street in the city.
The identity of street artist Banksy has never been revealed despite his worldwide fame.
For years, he has created complex street art using the cover of darkness to keep his anonymity.
Although a lot of his art is produced in public places, he usually only reveals it’s his after it has appeared on his social media.

He first burst into prominence in the early 1990s as a graffiti artist in the group DryBreadZ Crew.
Banksy has never been unmasked and it’s believed his refusal to reveal himself started as a way of avoiding prosecution for vandalism. 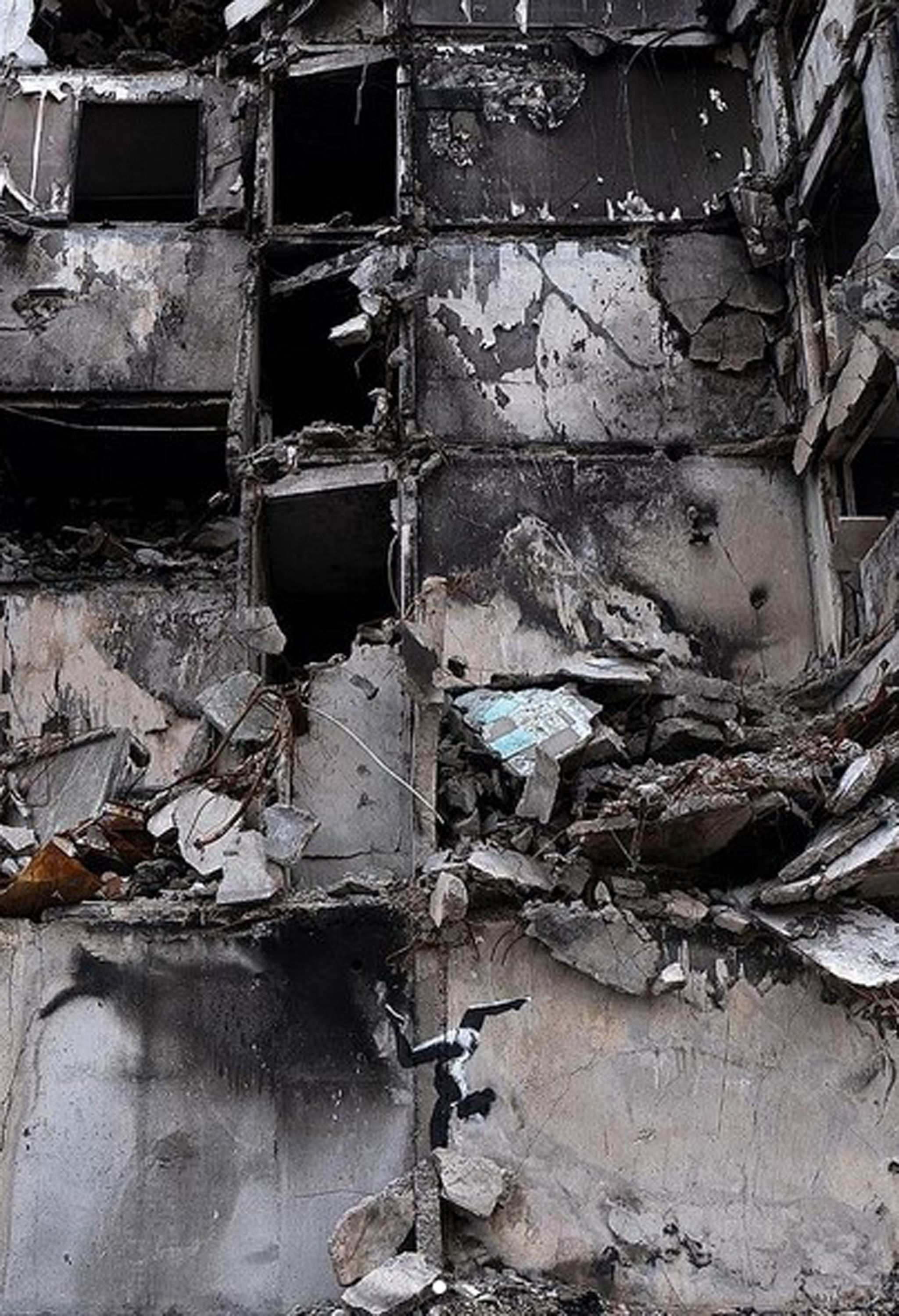 4A series of Banksy murals have appeared in the town of BorodyankaCredit: PA

‘This thing, we’re going to do it together’