THREE young boys have died after falling through an icy lake as another fights for life in hospital.
A desperate rescue mission was launched for the children at Babbs Mill Park in Solihull, West Midlands, yesterday afternoon. 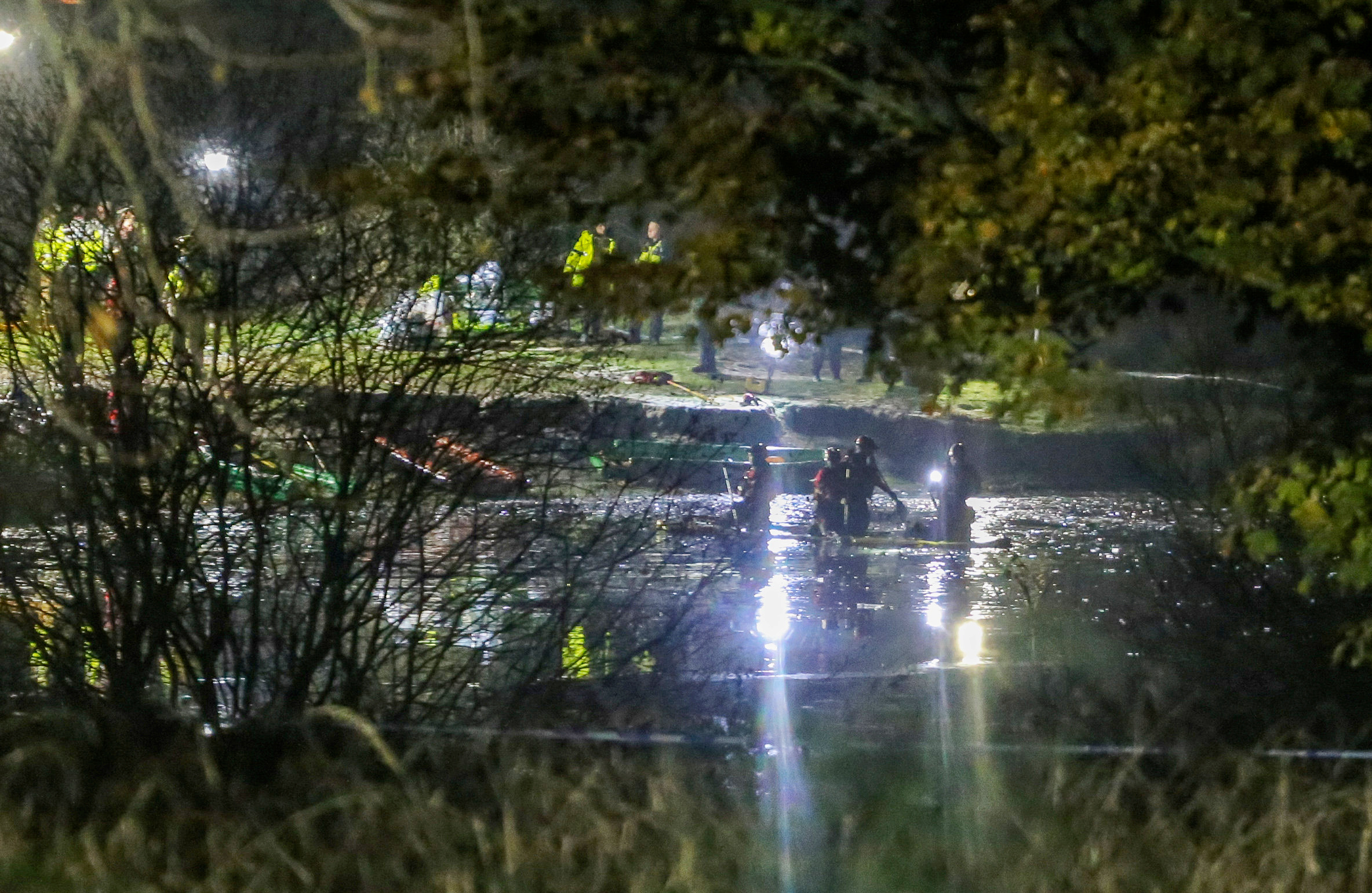 6Three boys have died after falling into a frozen lake in SolihullCredit: SWNS 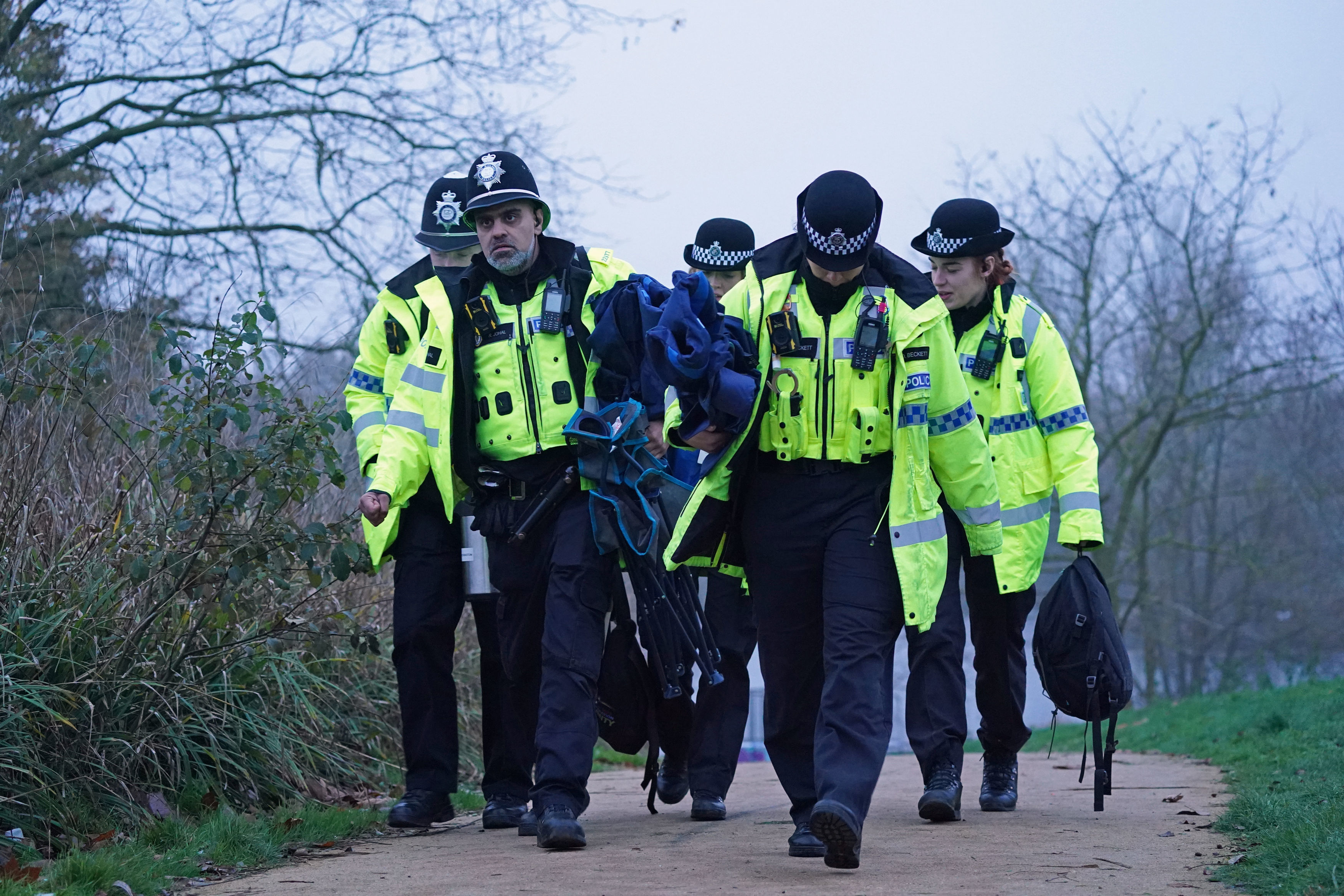 6A search was launched after the horror unfolded yesterdayCredit: PAFour of the children were rushed to hospital after being pulled from the icy water.
Police today confirmed three boys aged eight, 10 and 11 have tragically died.
A six-year-old boy remains in critical condition in hospital.
Officers said searches are continuing at the lake amid fears more children could have entered the freezing water. 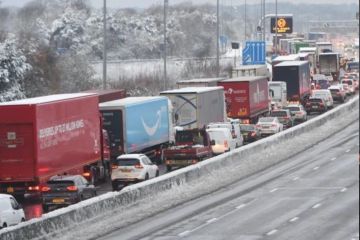 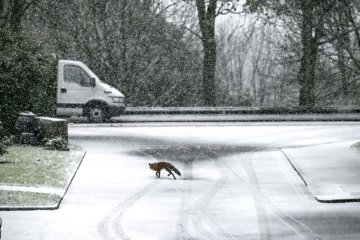 A statement said: “Three boys have tragically died after falling into the lake at Babbs Mill Park in Solihull yesterday afternoon (11 December).
“The boys, aged 11, 10 and 8 were rushed to hospital after being pulled from the water.
“Sadly, they could not be revived and our thoughts are with their family and friends at this deeply devastating time.
“We’ll have specialist officers offering them as much support as we can.

“A fourth boy, aged 6, remains in a critical condition in hospital.
“Searches of the lake are continuing as we seek to establish exactly what happened and if anyone else fell into the water.”
Heroic police officers and members of the public had smashed through the ice to rescue the kids after they went into cardiac arrest.
The children, believed to be primary school age, were pulled from the water and given CPR at the scene before being rushed to hospital.
They are understood to have been playing on the ice covering the water when they fell in.
One policeman suffered mild hypothermia and went to hospital as a precaution. He is making a full recovery.
A resident told today how she heard the children screaming moments after the horror unfolded.
She said: “I’m feeling numb. It’s just too close to home and absolutely heartbreaking.
“I heard the sound of children screaming and I knew it was bad. That sound will go with me to my grave.
“There was pure panic and fear. I just heard such a commotion and then the most emergency services I’ve ever seen in my life.”
Distraught locals also told how bystanders had yelled it wasn’t “safe” to go on the lake, which had frozen over in the cold weather.
Witnesses said the ice cracked beneath two of the kids and the others got into trouble when they rushed over to help.
Sophie, 23, said: “I got here with my friends at 2.45pm. There were a group of youngsters playing near the lake which was completely iced over.
“Two of them had gone onto the lake and people were shouting at them that it wasn’t safe.
“Then the ice cracked and the leg of one of the boys went in. The other three on the bank then went in to help and soon they were all in trouble.”
Specialist divers were drafted in to help with the search last night after firefighters received a report of six children in the water.
Officials feared they were no longer alive due to their age, the temperature of the water and the length of time spent in it.
Richard Stanton, West Midlands Fire and Rescue Service area commander, told the press conference: “When our firefighters arrived, a number of police officers and members of the public were in the water trying to reach and rescue the children.
“Our crews entered the water, swam to the first child and our specialist-trained firefighters, including technical rescue, rescued three further children.
“The children were brought out of the water where they received immediate life-support care from firefighters and our ambulance colleagues.”
The commander also issued a warning to stay away from open water and ice as temperatures continue to plummet across the country.
He said: “We know the weather forecast for the next few days is expected to be bitterly cold.

“Under no circumstances venture onto ice, regardless of how thick or safe you think this ice to be.” 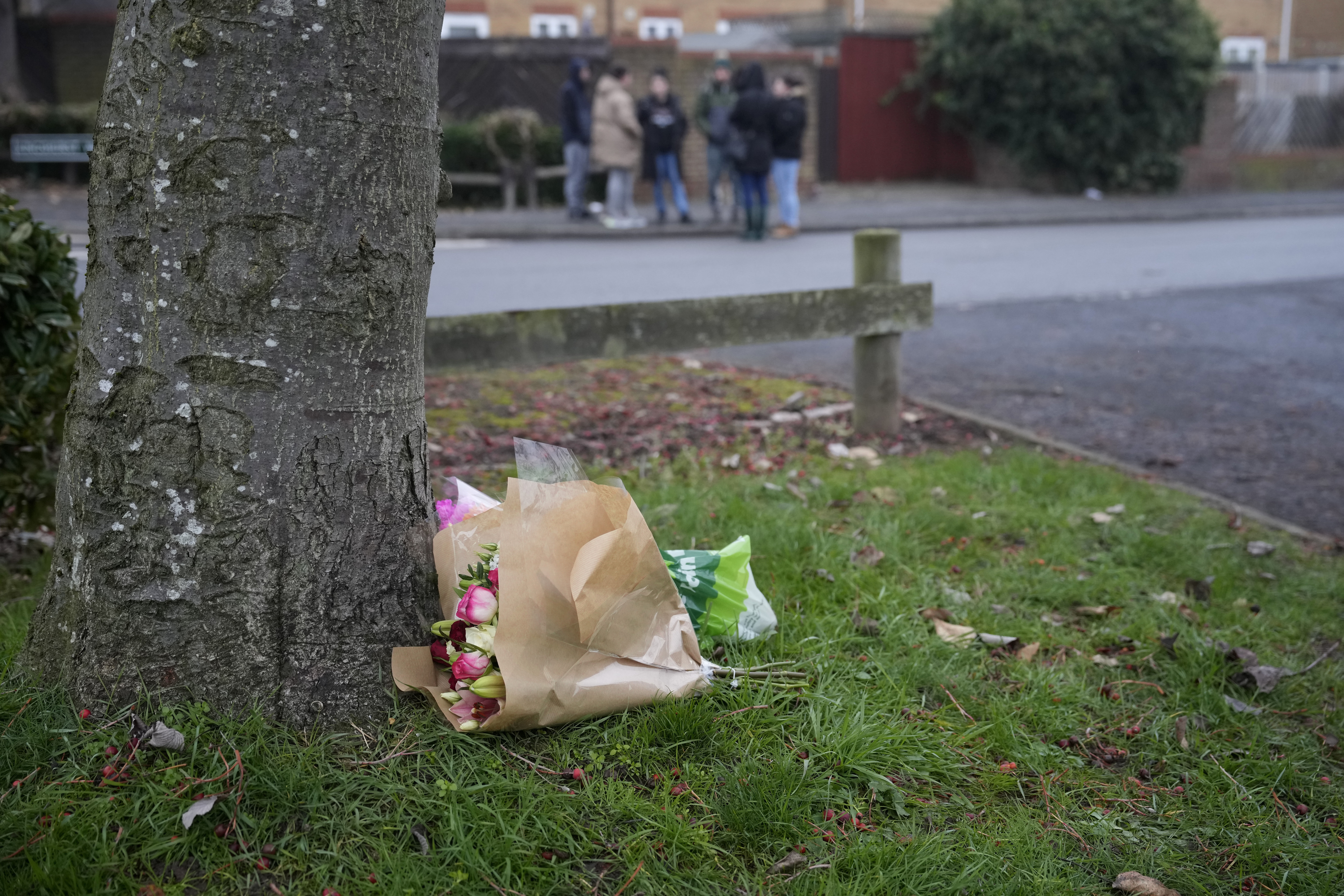 6Flowers have been left at the scene in Solihull as the search continuesCredit: Getty 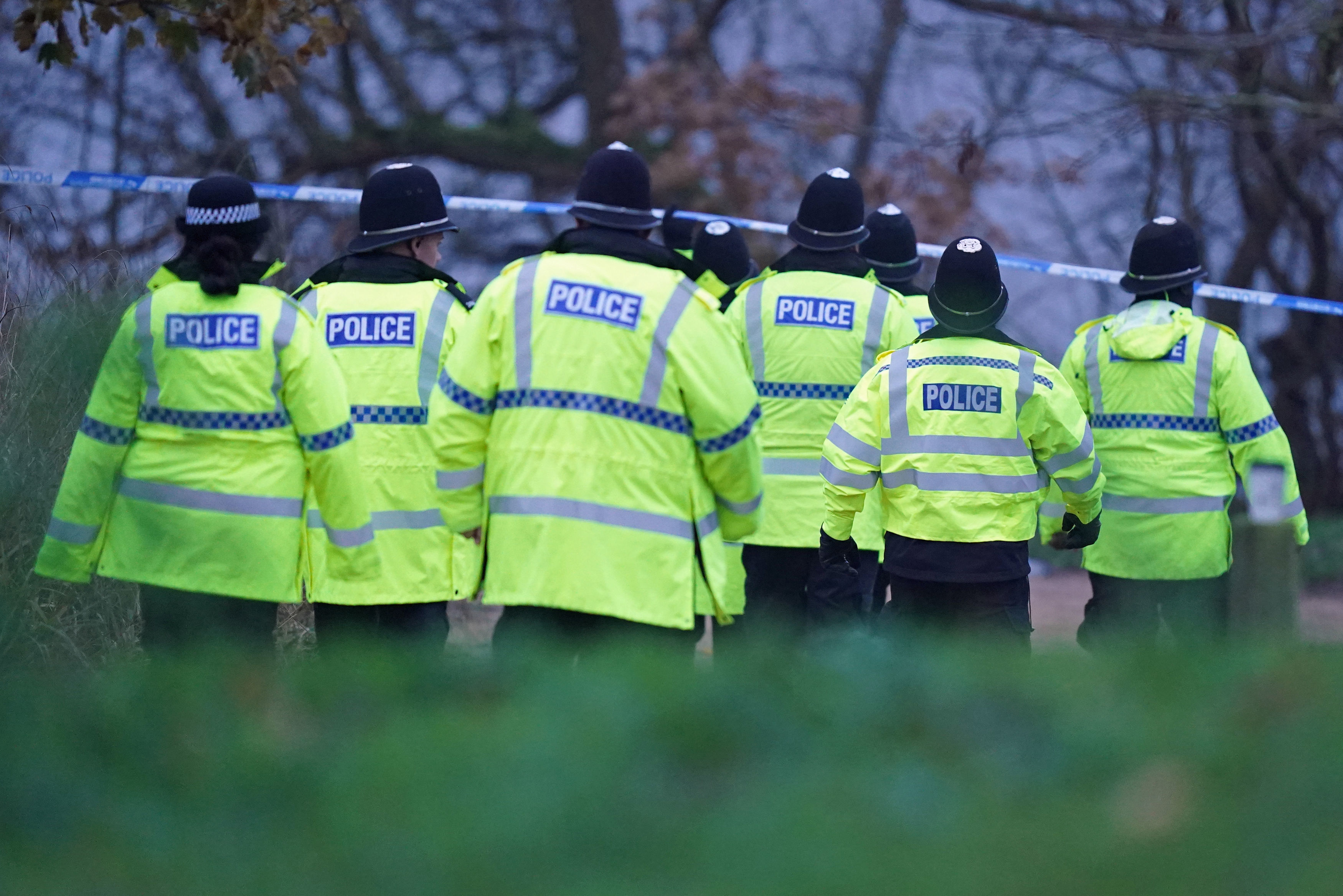 6Police stayed at the scene overnight in case anyone else is involvedCredit: PA 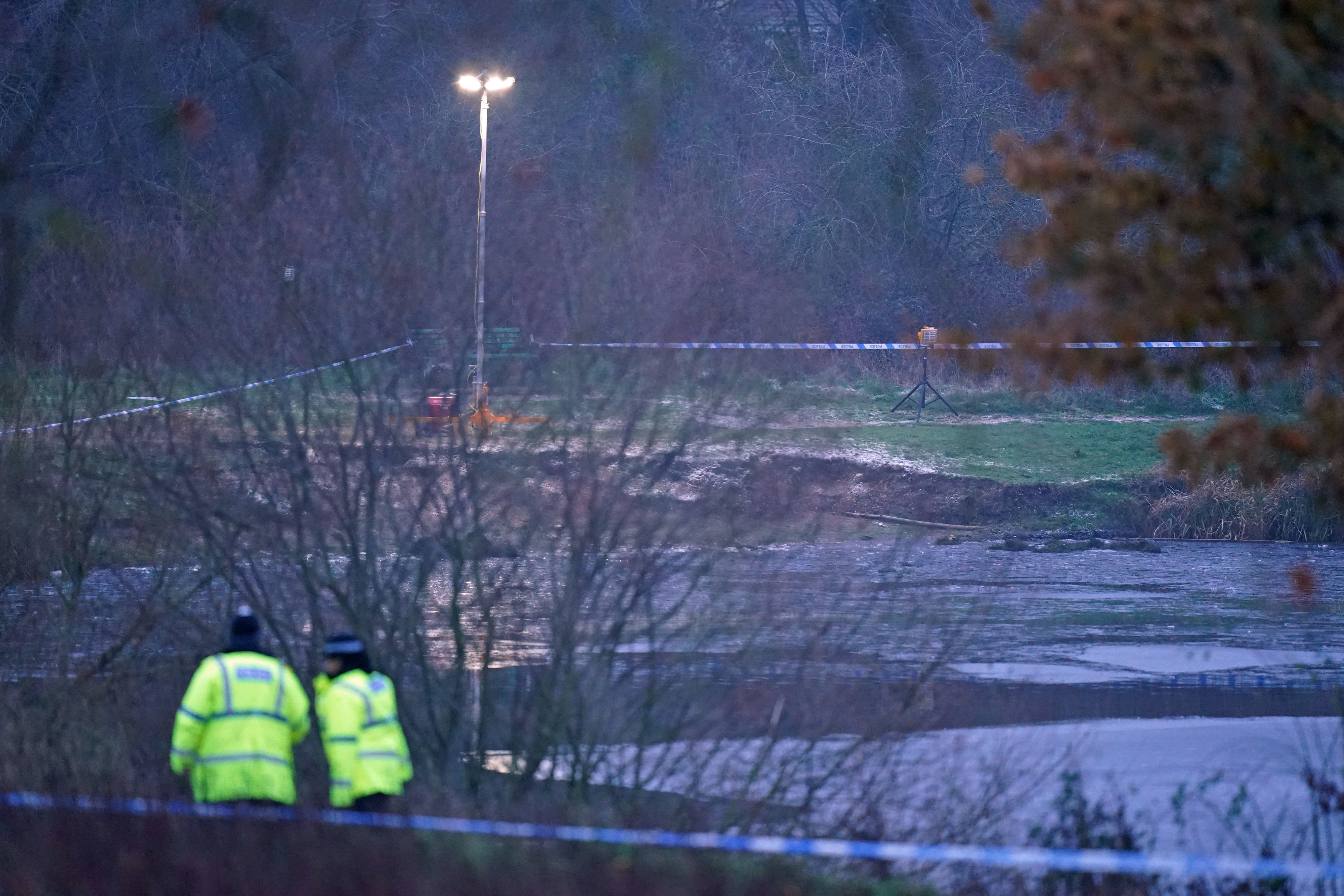 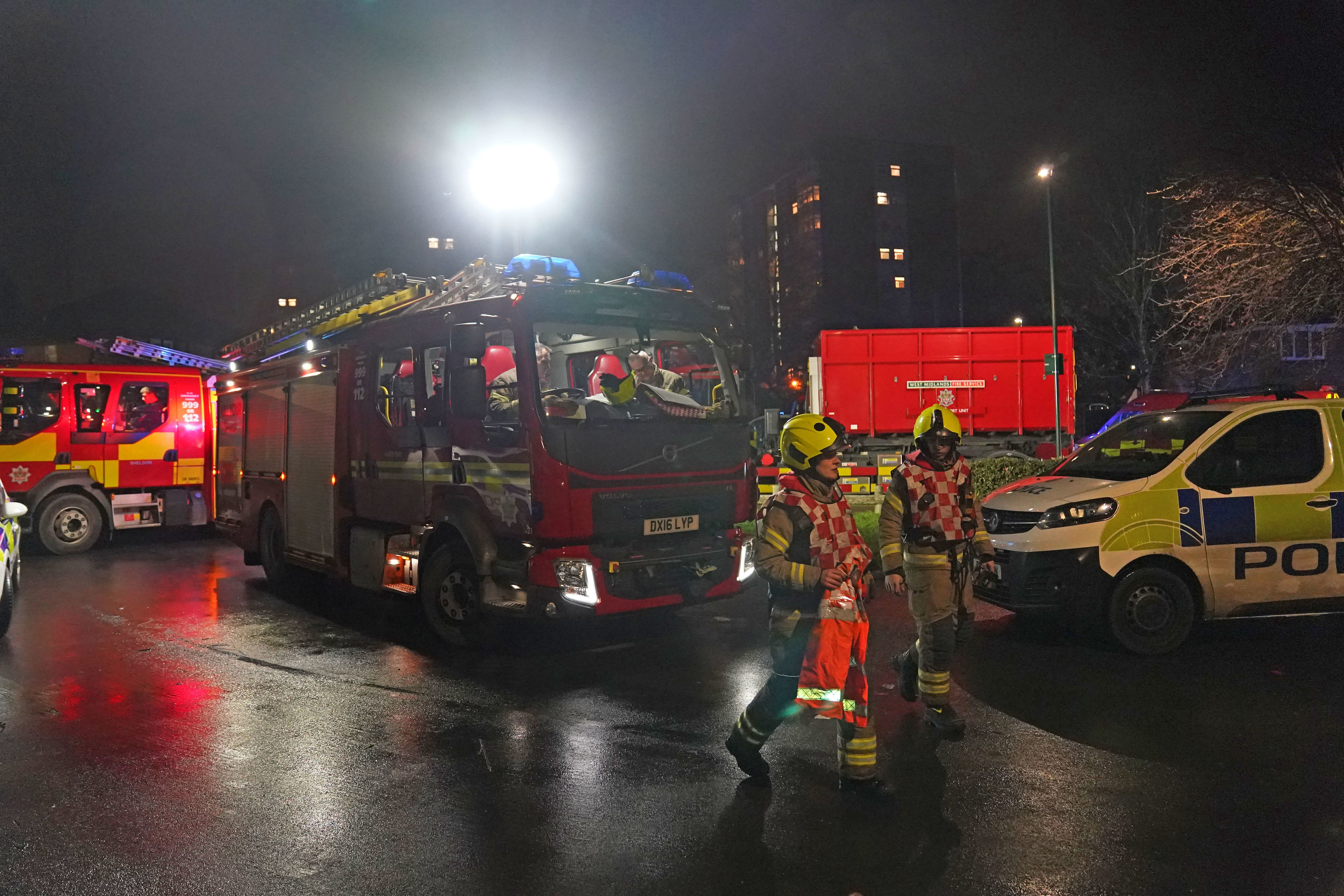