An incredible 10,000 Albanian men have fled their safe country to come to Britain – we can’t carry on like this

WE must fix our broken asylum system fast, as the number of people risking their lives to make the dangerous Channel crossing continues to go up and up and up.
Stopping the abuse of the system and speeding up the return of illegal immigrants must be a key priority for the new PM. 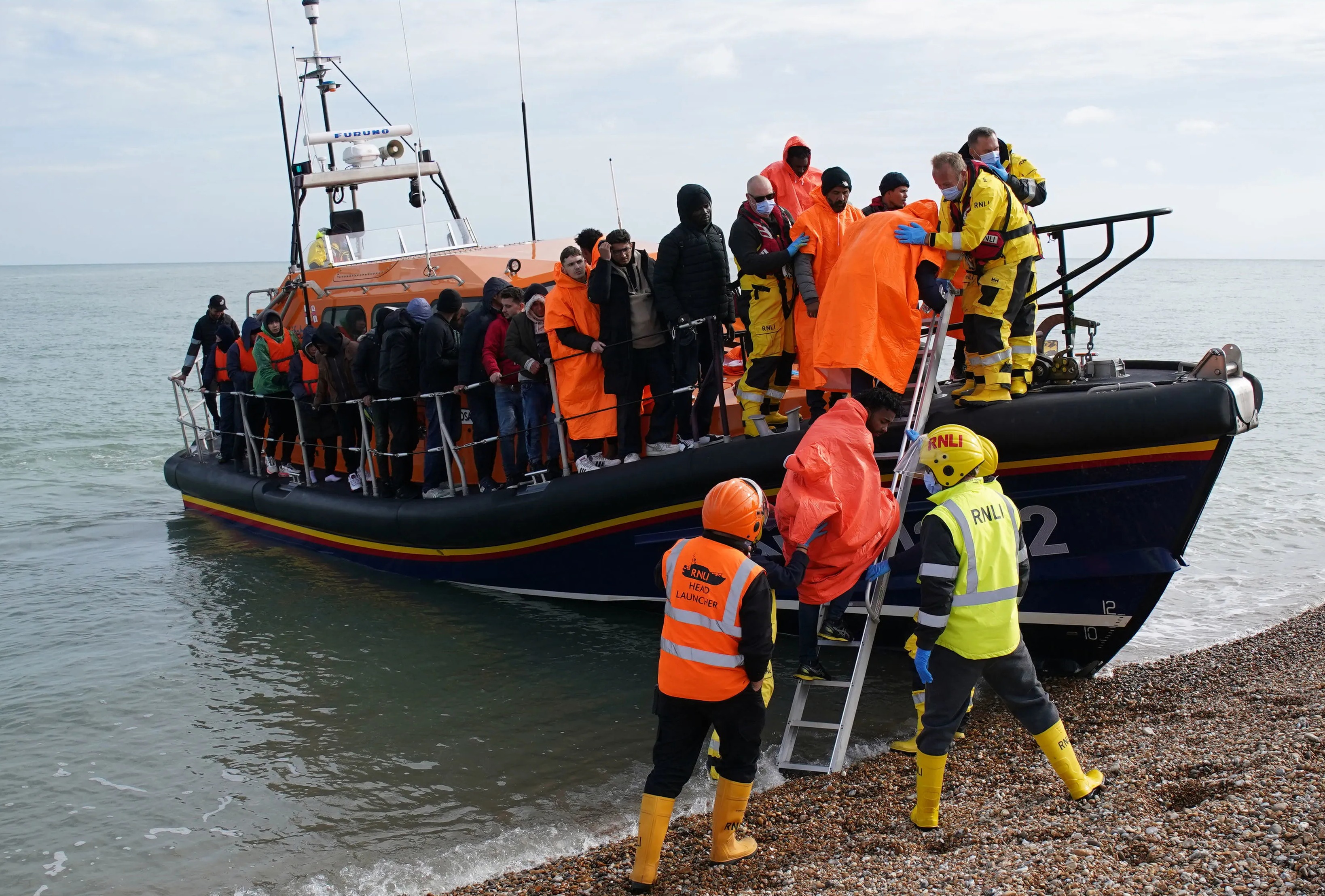 4The number of people risking their lives to make the dangerous Channel crossing continues to go up and up and upCredit: PA 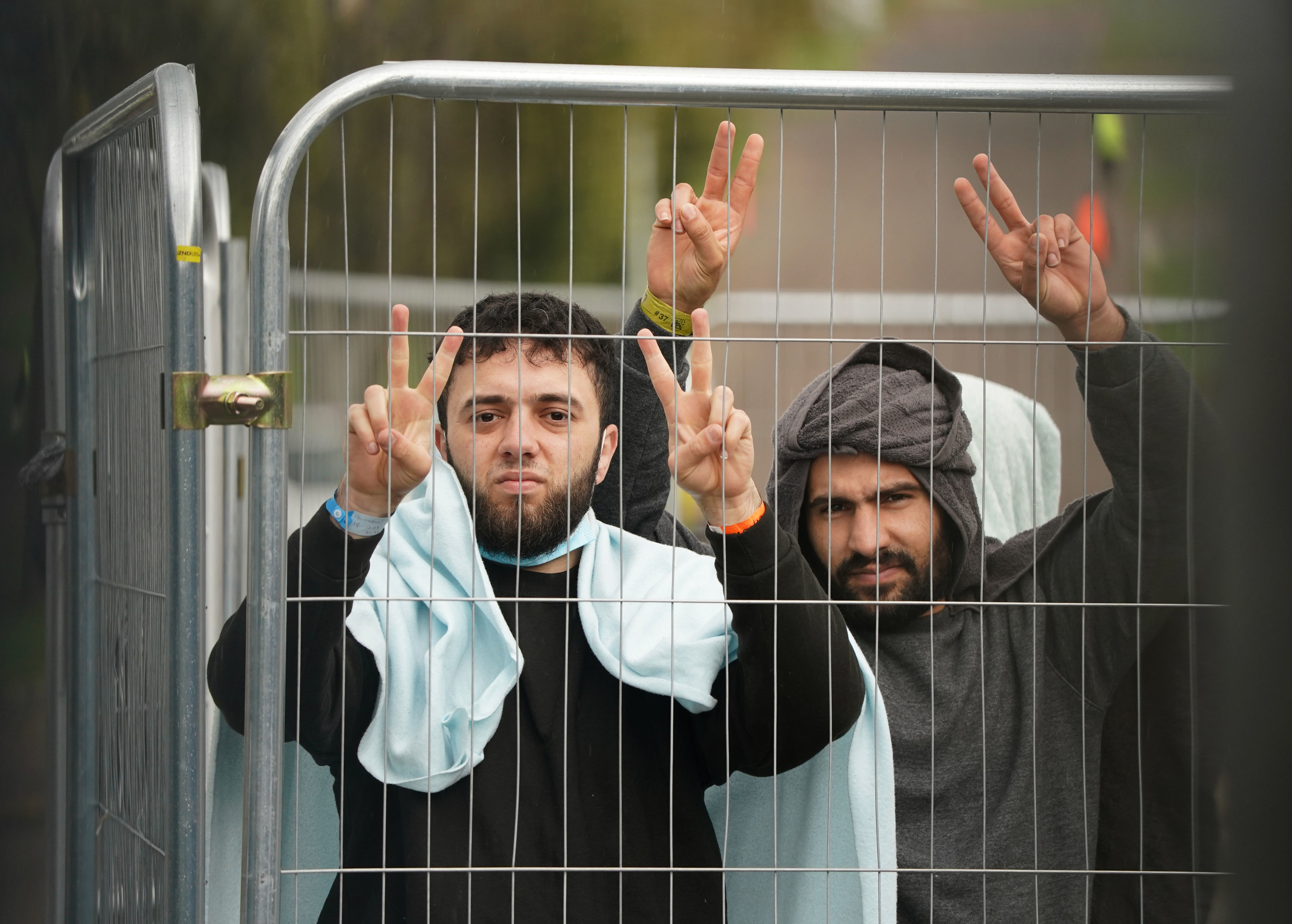 4Migrants gesture through barriers at the Manston immigration centre in Thanet, KentCredit: PAHaving spoken with the Prime Minister and Home Secretary, I know solving this problem is a priority for them both, but we need to deliver results now.
The number of people coming in small boats from Albania alone has risen to a staggering 40 per cent of all Channel crossings between May and September this year.
We have seen more than 10,000 adult males from Albania aged 18 to 40 come here and try to take advantage of our generous asylum system — or simply vanish into the black economy. Others will take part in criminality. 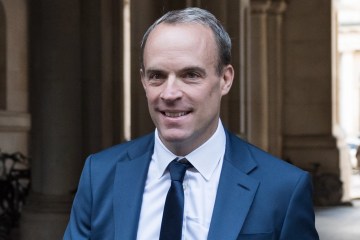 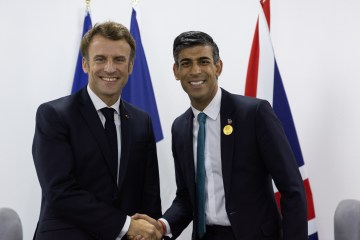 Don’t take my word for it.
Look at what Dan O’Mahoney, clandestine Channel threat commander with Border Force, told MPs last month.
He blamed the “exponential rise” in arrivals to Albanian criminal gangs “gaining a foothold” in northern France.
Once there, Albanians are put in touch with Albanian gangs in the UK who are dominating in human trafficking, drugs, prostitution and guns.

This can’t go on.
The numbers coming here — and the problems they bring — are just too big.
We will simply not have enough hotels in the country to house them if they continue at that staggering rate.
It’s not just Kent which is feeling the pressure, local authorities around the country are struggling to house the growing numbers. 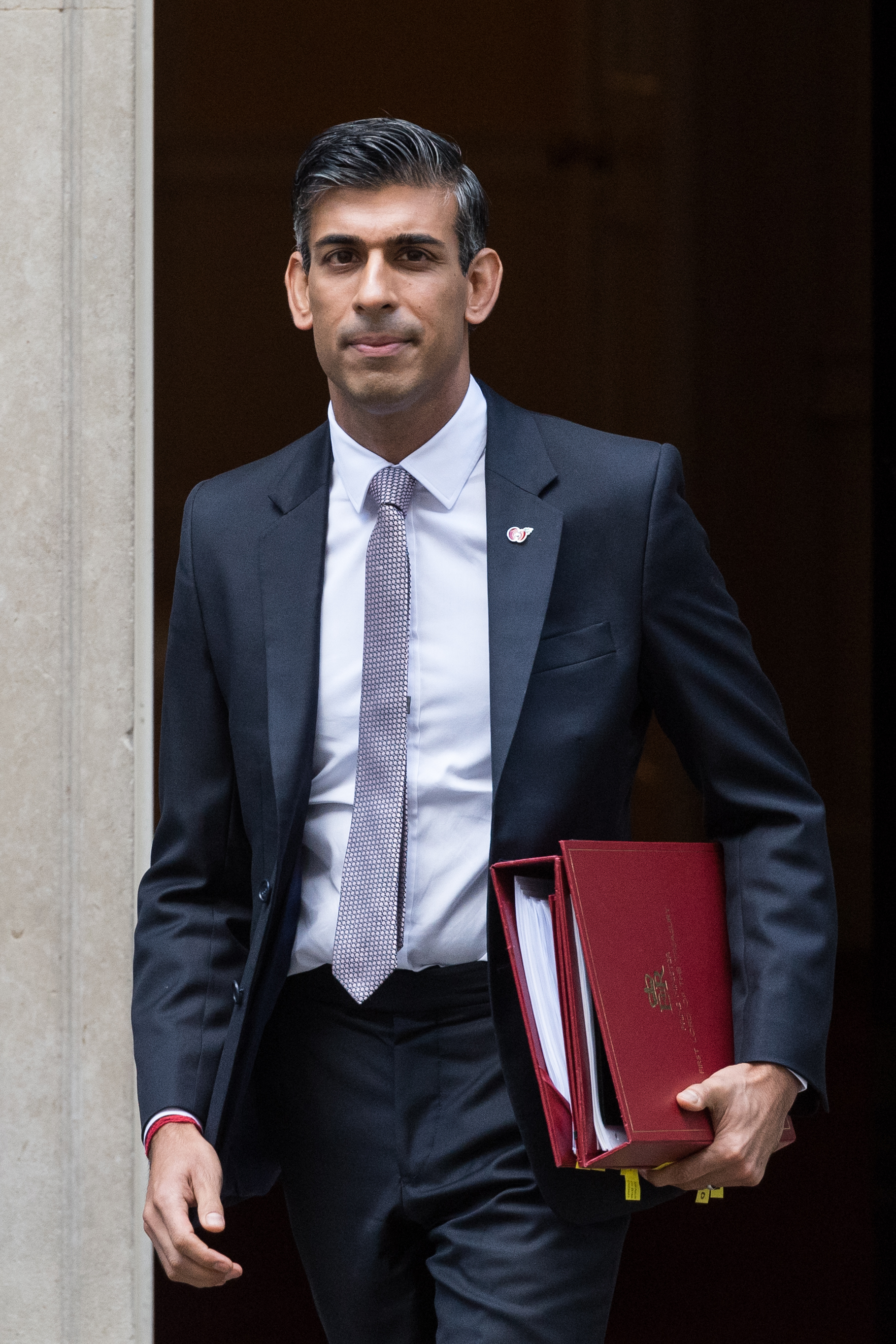 4Stopping the abuse of the system and speeding up the return of illegal immigrants must be a key priority for Rishi SunakCredit: GettyUtter madness
We cannot go on spending £6.8million a day on hotels, with £5.6million of that being spent on those who have arrived through small boat crossings of the Channel.
The way asylum claims are processed by the Home Office is lamentable, and again we must see an immediate change.
Only four per cent of the total number of those claiming asylum who arrived in this country last year by small boat have had their applications processed, and until recently, decision-makers were, on average, making 1.7 asylum decisions per week.
This lack of productivity is ridiculous and will do nothing to address the huge backlog in outstanding claims.
Many of the 10,000 Albanian single males who have crossed the Channel this year will undoubtedly make a claim under modern slavery provisions.
Not only is Albania a safe country, but they have passed through other safe countries such as France before they get here. Then it takes an average of 450 days for their claim to be processed!
Utter madness.
We don’t have long left to prove to those who backed us in 2019 that we have delivered Brexit and finally regained control of our borders.
The electoral consequences of not delivering on this issue are obvious, losing support in traditional Tory heartlands and the Red Wall because of this ongoing crisis would put us on track to lose the next election and see marginals seats such as mine swing back to Labour.
Take quick action
So what is the solution to this crisis?
I do welcome Rishi Sunak’s comments that he is throwing the kitchen sink at the issue and have confidence that the PM will deliver.
An ambitious new deal with France — including British personnel across the Channel — should help stop thousands more from ever reaching our shores.
But we have to make sure those who are arriving illegally with no means to be here are returned swiftly to make the route truly unviable.
Just a few thousand foreign national offenders have been returned this year.
Germany and France have bespoke agreements with Albania to take back thousands of people who attempt to come to their countries with no means to do so.
Britain should have a similar deal, I’m glad ministers are working to build on the current agreement.
That would allow us to take quick action to take people out of the country who simply should not be here.
And it would prove to voters we are doing all we can to smash that route and make it utterly unviable for the sick people smugglers who are preying on desperate people.
Britain should be proud of its record of helping thousands of people in genuine need from around the world.
But we must follow the route of other European nations and ensure that people with no genuine claim, who are seeking to take advantage of our hospitality, are returned as soon as possible. 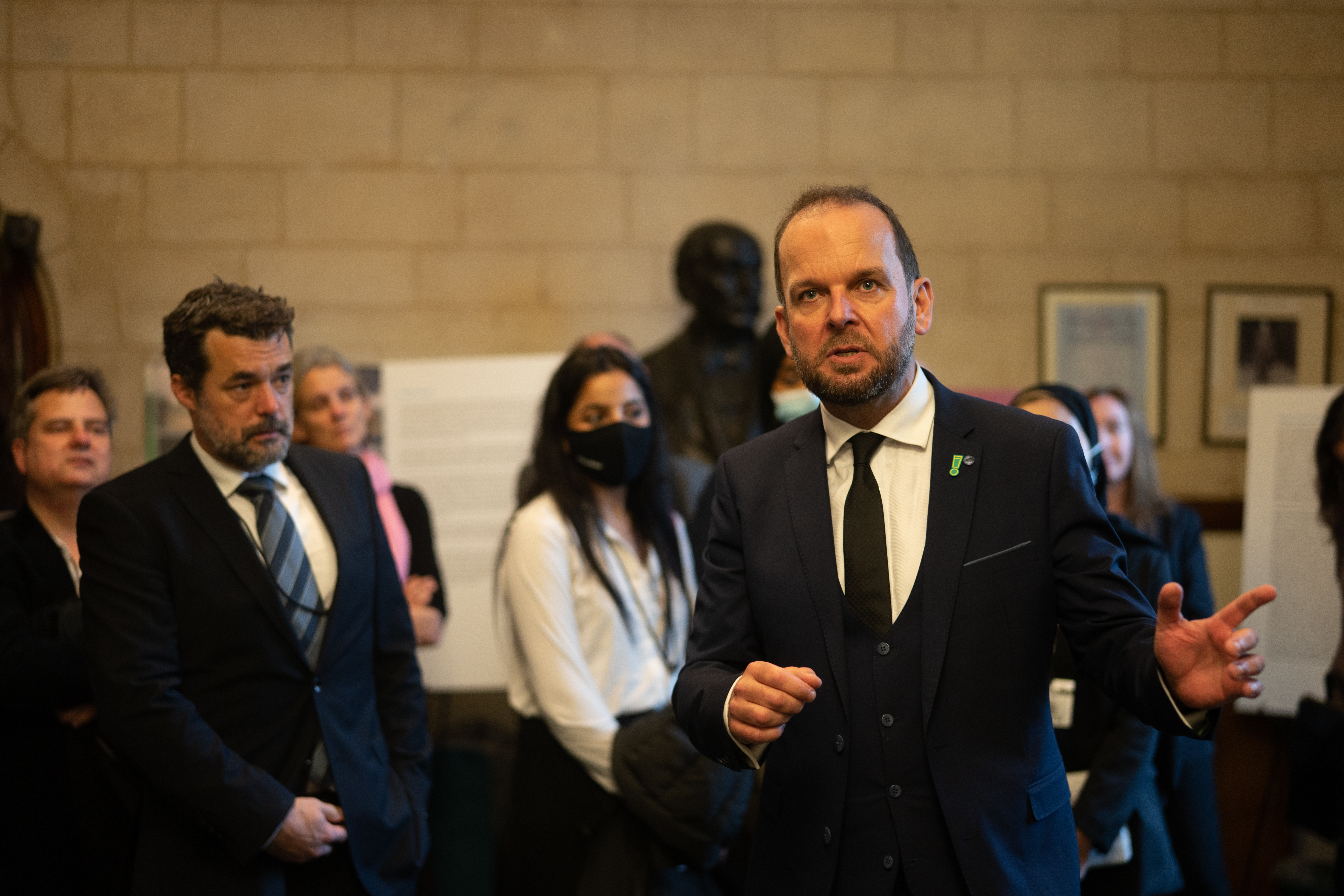 4We must follow the route of other European nations and ensure that people with no genuine claim, writes James DalyCredit: PA

12,000 IN..JUST 700 DEPORTEDBy Natasha Clark
JUST 710 Albanians were deported this year – as a staggering 12,000 arrived in small boats.
The Home Office managed to send home only 118 from the country last month despite more than one in four small boat arrivals hailing from there this year.
Nearly 350 foreign criminals – convincted of rape, drug offences, possession of weapons or illegal entry – were booted out of the UK last month, according to the Home Office. Some 118 were sent back to Albania, nine to Brazil, 38 to Romania, 26 to Poland, and 20 to Lithuania.
Meanwhile, just 22 foreign criminals who came over on small boats were deported straight from Manston asylum centre in Kent last month.
Yet there are fears more could have slipped through the net as they are put in hotels and wait months for their claims to be heard. Ministers are in talks with Albania to try to get them returned more quickly if their asylum claims fail.
And they are trying to speed up the claims by streamlining and digitising the system. To date this year, the UK has removed more than 10,400 individuals via enforced and voluntary returns, including more than 2,500 foreign national offenders.
Home Secretary Suella Braverman said last night: “The number of people reaching the UK illegally in small boats is at an all-time high and is putting our asylum system under intense strain.
“By returning hundreds of people coming here illegally and dangerous foreign criminals in this way, we are sending a clear message that those with no right to be in the UK are not welcome here.
“I am exploring every avenue at my disposal to accelerate their removal.”