AT least 23 people have been killed after a massive landslide slide tore through a holiday campsite.
Rescuers are still scrambling to find survivors buried under the mound of dirt after mud swept through the site in Malaysia as campers slept. 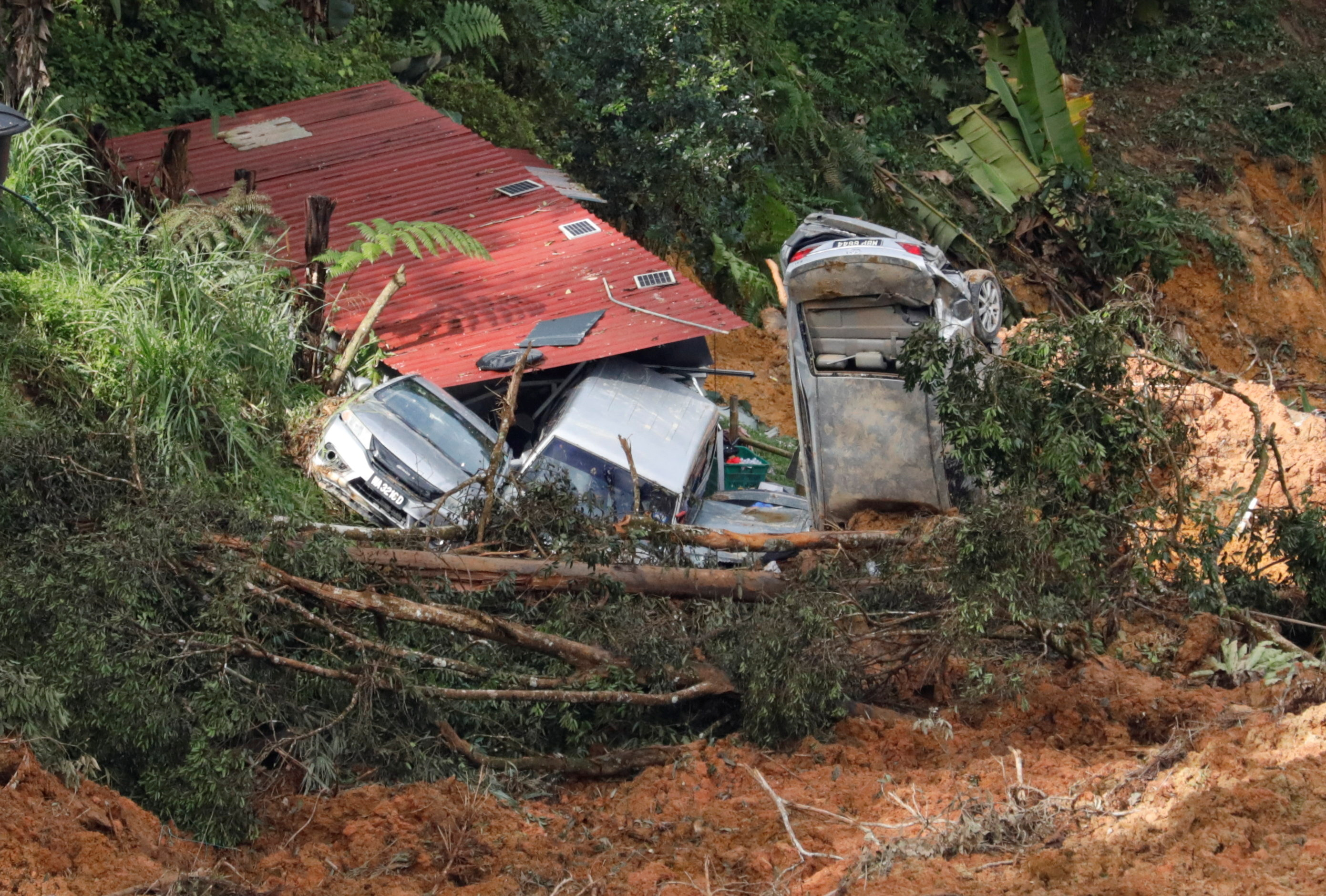 1Up to 23 people are though to be dead following the landslideCredit: ReutersUp to 400 people have taken part in the search effort with 10 people still registered as missing.
So far, officials have recovered bodies including 12 women and 6 children.
Two of the dead, thought to be a mother and a daughter, were found locked in an embrace, according to the state fire department chief.
The farm’s managers said at least 30 children and 51 adults were registered for an overnight stay, including more than 20 primary school teachers and their family
Health Miniser Zaliha Mustafa said one of those injured was a pregnant woman.
On Saturday, Selangor state fire and rescue department confirmed that a total of 94 people were caught up in the “terrible tragedy,” after a 30m (100ft) high slope impacted the site in the early hours of Friday morning.