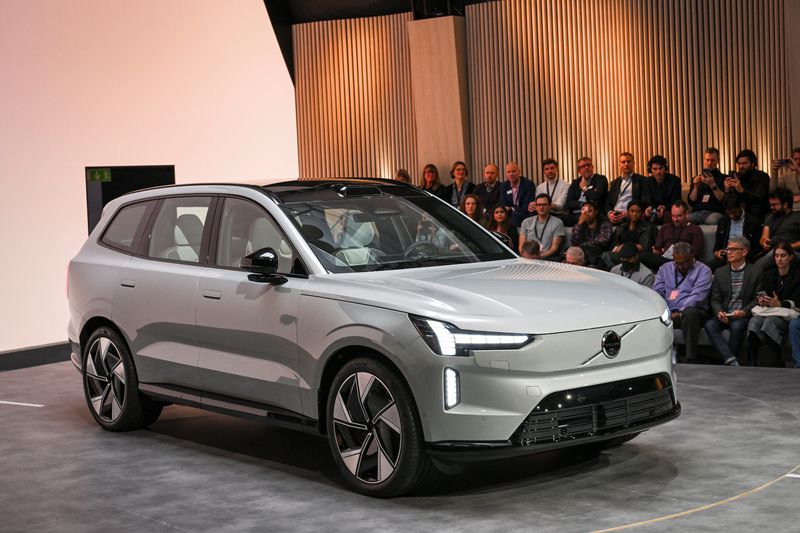 (Reuters) – Volvo Cars’ chief executive is confident the Swedish carmaker will deliver its new electric car by 2024 despite significant supply chain problems, he said on Wednesday.

Despite short-term supply chain challenges that have complicated Volvo’s transition to electric vehicles (EVs), CEO Jim Rowen told Reuters he believes the problems with parts and components that have hurt the industry are slowly coming to an end, including the global semiconductor chip shortage.

“We still see remnants of some semiconductor shortages, which we think will continue for a while,” Rowen said. “But by the time we get into full-scale production … most of this will be behind us.”

The company presented the EX90, its newest EV in Stockholm on Wednesday and said it plans annual launches of new EVs.

Volvo calls the EX90 electric SUV a “highly-advanced computer on wheels” and says it is safer than its previous cars and has a range of up to 600 km (373 miles).

“The new Volvo EX90 represents the start of a new era … in which we set a decisive course for a fully electric future,” a company statement said.

The car, which can seat up to seven people, will be built in the United States and China using CATL batteries as part of Volvo’s goal to produce EVs only by 2030.