U.S. teen tobacco use down to 3 million in 2022, ‘more work to be done,’ health officials say By Reuters 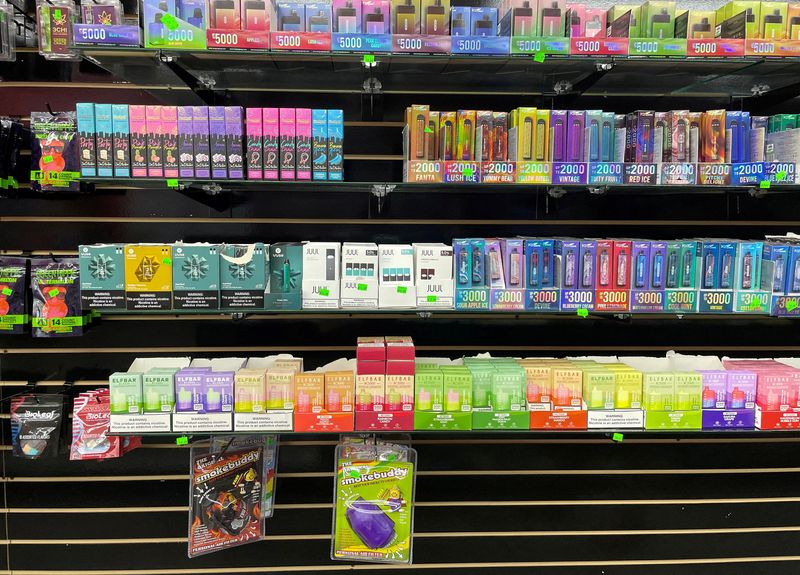 The data found that one-in-nine U.S. teenagers were currently using a tobacco product.

E-cigarettes were the most commonly used tobacco product among teens for the ninth consecutive year, according to the study published in the U.S. Centers for Disease Control and Prevention (CDC) Morbidity and Mortality Weekly Report.

The survey found cigars to be second most popular with 500,000 reporting use, followed by 440,000 cigarette smokers.

Nearly 31% of the students surveyed reported using multiple products, which the CDC called “particularly concerning” as that has been linked to nicotine dependence and sustained use in adulthood.

Use of combustible tobacco products was highest among Black students at 5.7%. That compares with 4.7% for those who identify as multiracial, 4.6% of Native American and Alaska Native students, 3.9% for Hispanics, and 3.4% of white students.

More than 3% of Black students reported smoking cigars, while 2.3% reported using a hookah.

Cigarette smoking among U.S. youths has been steadily declining in the last two decades, although the CDC cautioned against comparing the results to previous years due to a change in the method of data collection related to the COVID-19 pandemic.

The study was based on an annual national survey that took place from January to May this year, which showed that nearly 11.3% of all students had used a tobacco product in the last 30 days.