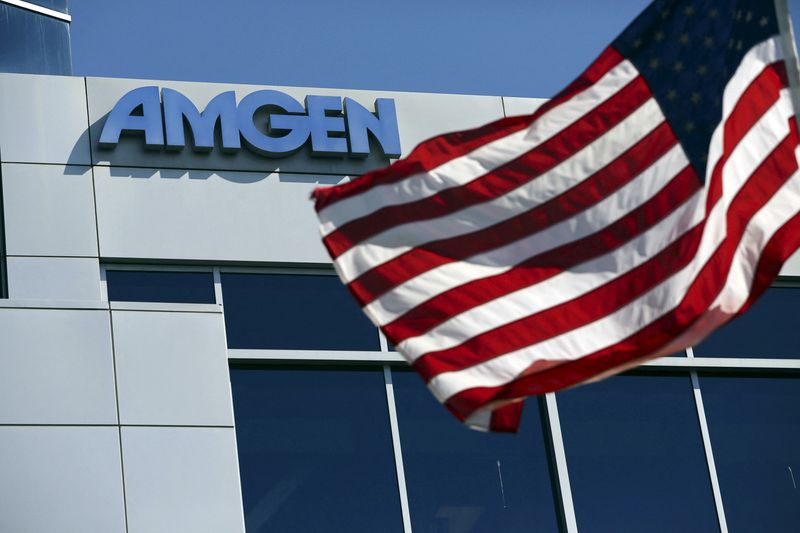 WASHINGTON (Reuters) -The U.S. Supreme Court on Friday agreed to hear Amgen Inc (NASDAQ:)’s bid to revive patents on its cholesterol drug Repatha that were invalidated due to a legal challenge by rivals Regeneron Pharmaceuticals Inc (NASDAQ:) and Sanofi (NASDAQ:) SA.

The justices took up Amgen’s appeal of the lower court ruling that threw out the Repatha patents. Amgen and other drugmakers have called the case a test of their ability to earn and defend patents for important drugs.

Amgen first sued Regeneron and Sanofi in 2014 over their rival drug Praluent, which works by a similar mechanism as Repatha. The two monoclonal antibody drugs won U.S. approval weeks apart in 2015.

An Amgen spokesperson said the company was encouraged by the decision and “firmly believes in the validity of its patents.”

“Amgen believes that patent protection is essential, not only for Amgen, but also for the entire biotechnology and pharmaceutical industry to make the significant investments required to discover and develop new innovative therapeutics,” the spokesperson said.

Representatives for Sanofi and Regeneron did not immediately respond to requests for comment.

The two drugs, which lower “bad” LDL cholesterol by blocking a protein called PCSK9 that prevents its removal from the blood, can reduce the risk of heart attacks and strokes in people with heart disease.

A Delaware judge in 2019 threw out a jury verdict in favor of Amgen after finding the patents invalid. The U.S. Court of Appeals for the Federal Circuit, which focuses on patent law, agreed with the lower court last year, finding that the patents failed to tell an ordinary person how to recreate the antibodies without “undue experimentation.”

Amgen told the Supreme Court that the type of patent “genus claims” the Federal Circuit invalidated are common in the pharmaceutical industry, and that the ruling’s impact was “devastating, particularly for critical biotech and pharmaceutical innovations.”

A brief filed in support of Amgen by companies including Biogen Inc (NASDAQ:), Bristol Myers (NYSE:) Squibb Co and Merck & Co said the Federal Circuit’s decision would “slow the pace of research and development and hinder innovation, to the detriment of patients and the public at large.”

The Biden administration said in a September court brief that the high court should decline to review the case.

Wellington to build new landfill on top of old one