HomeMarketU.S. 'strongly suggested' there be no controlling interest by China in Hamburg...
Market

U.S. ‘strongly suggested’ there be no controlling interest by China in Hamburg port terminal By Reuters 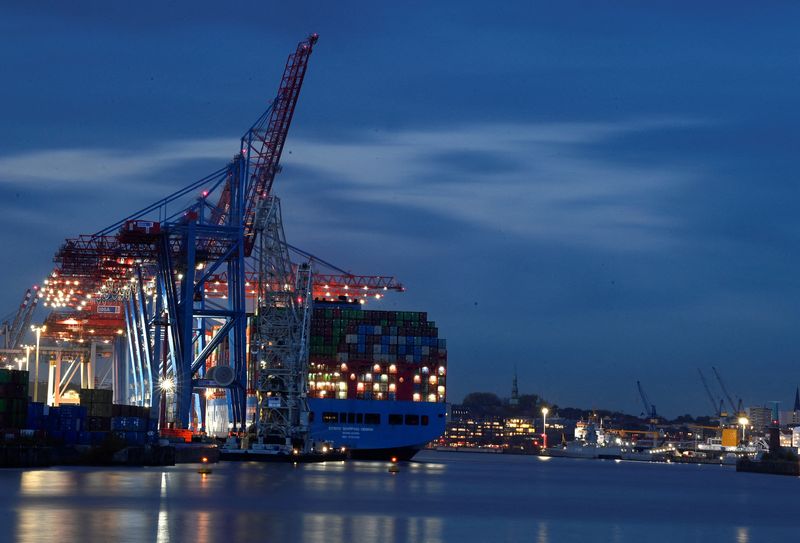 MUNSTER, Germany (Reuters) -The United States “strongly suggested” that there be no controlling interest by China in a Hamburg port terminal, a senior U.S. State Department official said, adding that the final deal was adjusted in the end with a smaller share for Beijing. Shipping giant Cosco made a bid last year to take a 35% stake in one of logistics firm HHLA’s three terminals in Germany’s largest port, but the German coalition has been divided over whether to let the deal go ahead.

Germany approved a sale of 24.9% of the terminal to Cosco last week, down from the stake originally planned amid objections to the deal from the two junior partners in German Chancellor Olaf Scholz’s three-way coalition. By pushing the stake under 25%, the deal no longer officially requires Cabinet approval, which would have been hard to muster from the Greens and liberal-run ministries.

A senior State Department official speaking to reporters on the condition of anonymity said Washington has been working with European partners to ensure that any investments by China in strategic areas that raise security questions are looked in to carefully and that appropriate steps are taken.

“The embassy was very clear that we strongly suggested that there’d be no controlling interest by China, and as you see when they adjusted the deal, there isn’t,” a second senior State Department official said.

News of the U.S. intervention in the deal comes days before Scholz is set to make an inaugural visit to China which will be closely watched for clues on Germany’s level of seriousness about reducing its economic reliance on Asia’s rising superpower and confronting its Communist leadership. Ensuring that Hamburg City and the port itself still constitute the majority of stakeholders was “important for the standards we’re trying to set among all of the G7 countries and for the world,” the second official added. The Greens-run foreign ministry said in a document seen by Reuters that the investment “disproportionately expands China’s strategic influence on German and European transport infrastructure as well as Germany’s dependence on China.” The document points to “considerable risks that arise when elements of the European transport infrastructure are influenced and controlled by China – while China itself does not allow Germany to participate in Chinese ports.”