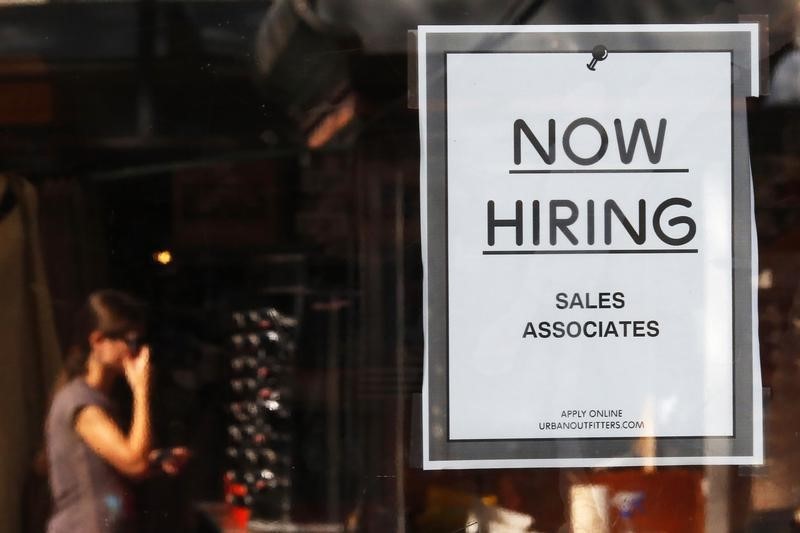 Investing.com — The pace of U.S. job growth unexpectedly came in well above forecasts in October, in a sign that the U.S. labor market remains tight despite the Federal Reserve’s bid to loosen it.

The world’s largest economy during the month, according to data from the Bureau of Labor Statistics, down from an upwardly revised level of 315,000 in September and above economists’ expectations of 200,000.

The BLS said there were “notable” rises in employment in the healthcare industry, which added 53,000 jobs, as well as in professional services and manufacturing. These were partially offset by a downturn in warehousing and storage positions.

However, even with these gains, the ticked higher to 3.7%, up from 3.5% last month. Economists had predicted the figure would climb to 3.6%.

Friday’s data comes as the Fed aims to cool down the red-hot jobs market in the hopes that this will, in turn, quell demand and bring down soaring .

Speaking earlier this week after the U.S. central bank lifted rates by 75 basis points for a fourth straight policy meeting, Fed chair Jerome Powell described the labor market as “overheated” and not showing any hints of potential softening.

The rate of growth inched up slightly to 0.4% versus the prior month, but the moved down to 4.7%. Meanwhile, the – which measures the share of working-age Americans either working or looking for work – stood largely unchanged at 62.2%.

Powell previously flagged that wages were “well above” the level that would be consistent with inflation returning back to its 2% target. Even still, he suggested that policymakers may roll out a less aggressive at its December meeting “or the one after that.”