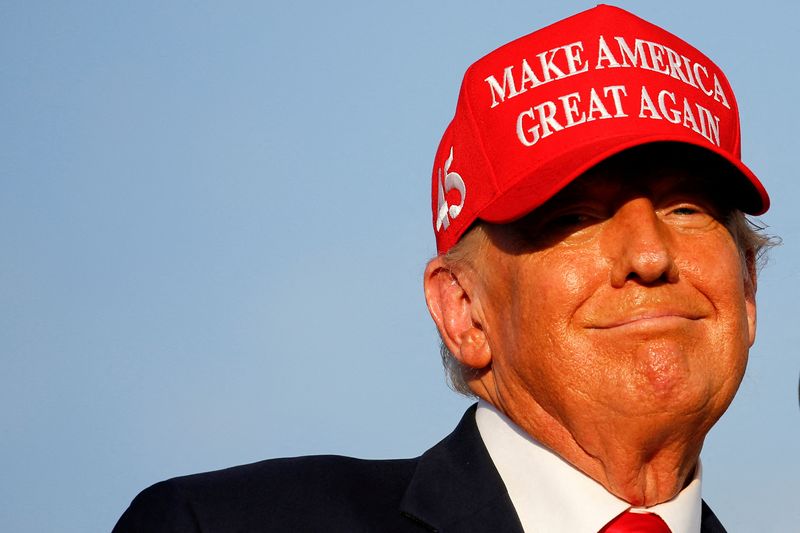 By Shreyashi Sanyal and Anisha Sircar

Trump is considering launching a third bid for the White House this month, three of his advisers said last week, while media reports over the weekend pointed to a campaign starting before the end of November.

“The prospect of Donald Trump seizing the political spotlight again appears to have put a rocket under the share price of DWAC amid expectation there could be a sharp increase in users on the former President’s highly controversial social media platform,” said Susannah Streeter, senior investment and markets analyst at Hargreaves Lansdown.

The rally in DWAC, which was also the top trending ticker on retail investor focused social media forum Stocktwits, helped lift shares of other Trump-linked companies.

Artificial intelligence solutions company Remark Holdings, which has been linked to the former president on social media sites, gained 6%. Reuters could not independently verify the link between Trump and Remark.

‘Told that you’re too small’: How Aussie 7s ace defied the odds