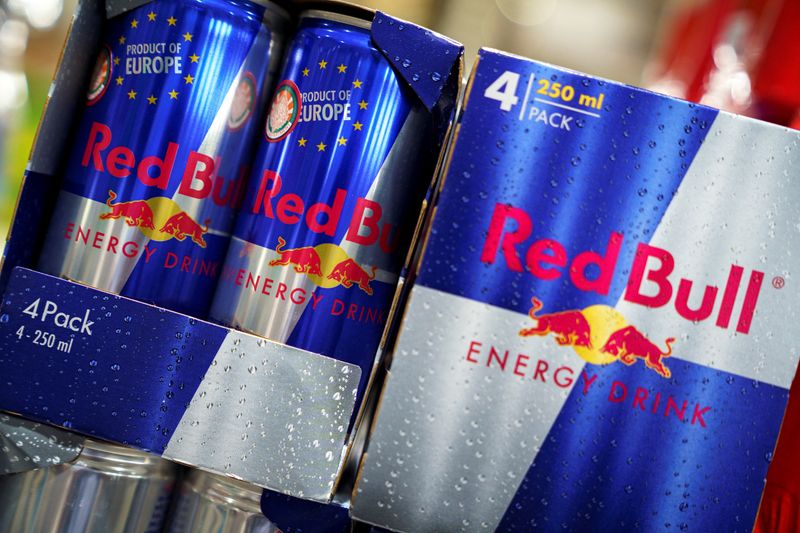 VIENNA (Reuters) – Energy-drinks giant Red Bull will be headed by a board consisting of three current members of senior management following the death of co-founder Dietrich Mateschitz, his son Mark said in a statement issued by the company on Friday.

Mateschitz, considered Austria’s richest man who died last month at the age of 78, founded the company in the 1980s with Thai business partner Chaleo Yoovidhya, turning it into a global brand that invested heavily in sports sponsorship and also bought football and Formula One teams.

“As proposed and desired by both my father and myself, and supported by our Thai partners, a Board of Directors will manage the business affairs of Red Bull,” Mark Mateschitz, Dietrich Mateschitz’s only child who headed Red Bull’s Organics unit, said in a statement issued by the company.

He said the board would consist of Franz Watzlawick (CEO Beverage Business), Alexander Kirchmayr (CFO), and Oliver Mintzlaff (CEO Corporate Projects and Investments).

He added that he had stepped down from his job at the company to focus on managing the 49% stake in Red Bull he inherited from his father.

“I do not believe one should be both an employee and a shareholder of the same company. I will concentrate on my role as a shareholder,” he said.

Three other executives, Roland Concin, Walter Bachinger, and Volker Viechtbauer, had left their positions but would work as consultants for the company, he said.

“Moreover, as managing directors of Distribution & Marketing GmbH, which I now own, and which holds 49% of the company shares of Red Bull GmbH, Walter and Volker will be supporting me personally,” he added.