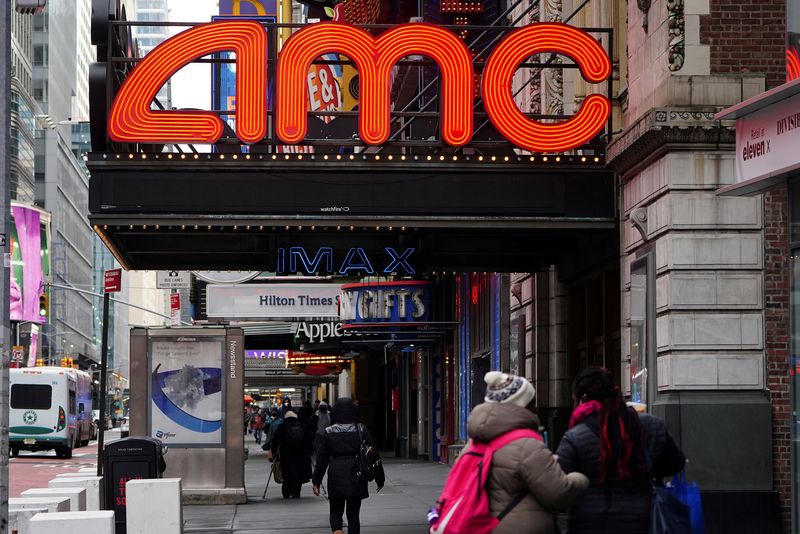 The company also said it raised just $36.4 million from the sale of 14.9 million of its preferred shares APE, listed in August, sending them down 5.6% in extended trading.

“I think their announcement that they began selling some of their announced 425 million APE shares at such a low per-share price speaks to their cash needs (or perhaps more frivolous spending),” said Wedbush Securities analyst Alicia Reese.

Common shares of the Leawood, Kansas-based company fell about 4%.

Finance chief Sean Goodman said operating cash burn for the quarter was a negative $179.2 million and was hurt by a “relatively quiet box office in August and September.”

On an earnings call with investors, Chief Executive Adam Aron noted the number of big movie titles being released by major studios was still down 20% to 30% versus pre-pandemic norms.

“At this point, there is only one topic that should be on the top of all minds and the tip of all tongues. It’s not the coronavirus, it’s not streaming, it’s not windows. It is this: movie theater operators need more movies,” he said.

However, Aron remained hopeful about the movie slate in the fourth quarter, expecting titles including “Black Adam”, “Black Panther: Wakanda Forever” and “Avatar: The Way of Water” to draw in more crowds.

Adjusted revenue during the quarter ended Sept. 30 was $1.01 billion. Analysts on average had expected total revenue of $961.1 million, according to Refinitiv.

“The question for AMC comes down to how to stem losses and manage its balance sheet while facing fewer major movies in the pipeline and ongoing operational challenges,” said Jamie Lumley, analyst at Third Bridge.