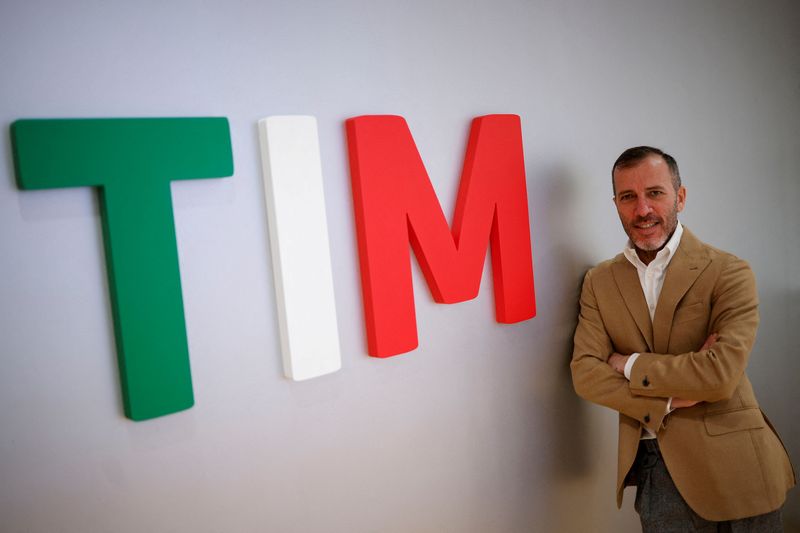 By Giuseppe Fonte and Elvira Pollina

Meloni’s Brothers of Italy party has criticised Labriola’s plans to revamp the battered telecoms group, which are centered on the sale of its wholesale fixed network operations to state lender Cassa Depositi e Prestiti (CDP).

TIM last week extended talks with Treasury-owned CDP over a potential multi-billion euro offer for its landline grid for another month but said the negotiations would continue on a non-exclusive basis.

Under the potential deal, CDP, which owns a 10% stake in TIM, would merge TIM’s infrastructure with that of smaller rival Open Fiber to create a national network champion under its control. CDP owns a 60% stake in Open Fiber.

Divergences on valuations have been a stumbling block in negotiations, with TIM’s top investor Vivendi (OTC:) seeking 31 billion euros ($30.58 billion) to back a deal, more than 10 billion above CDP’s price tag, sources have said.

Sponsored by the previous government of Prime Minister Mario Draghi, the single network project now needs to be reassessed by the centre-right government that was sworn in last month.

Alessio Butti, responsible for telecoms policies in Brothers of Italy, has called on CDP to pursue the network project through a different route — a takeover of TIM as a whole.

Butti’s appointment as cabinet undersecretary has sparked speculation over a potential bid, pushing TIM’s shares to a two-month high on Wednesday.

TIM will report its third-quarter results on Nov.9. A company-provided analyst consensus points to a 12% drop for the group core profit.

TIM’s board is also expected to kick-off the process to select a minority partner for its enterprise service arm.

Rome has special anti-takeover powers to shield companies deemed of strategic importance from foreign interest. It could use these to stop any deal for TIM’s assets.

Share
Facebook
Twitter
Pinterest
WhatsApp
Previous article
Mum-of-seven who ‘can’t get a job due to her tattoos’ shares unrecognisable throwback pic before her inkings
Next article
Rams turned down offers for Cam Akers, hope disgruntled RB will play for team again this season
RELATED ARTICLES
Market