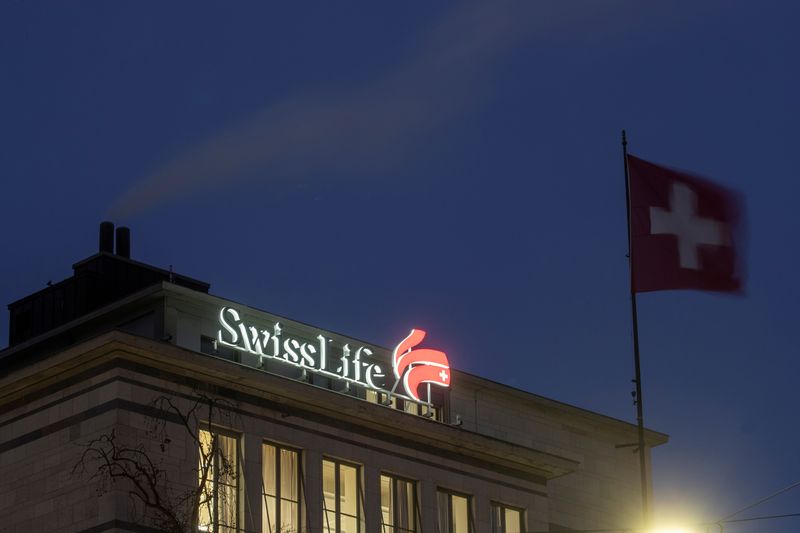 © Reuters. FILE PHOTO: The logo of insurer Swiss Life is seen at its headquarters in Zurich, Switzerland January 13, 2022. REUTERS/Arnd Wiegmann

ZURICH (Reuters) – Swiss Life increased its fee income by 7% in the first nine months of 2022, Switzerland’s biggest life insurer said on Wednesday as it tackled higher interest and inflation rates around the world.

This took its asset under management for third parties at the end of September to 100 billion Swiss francs, down from 102.8 billion francs at the end of 2021.

“Swiss Life was able to continue the good development from the first half of 2022 in the third quarter of the year,” said Patrick Frost, Group CEO of Swiss Life in a statement.

Under the strategy Swiss Life wants to increase its fee result to between 850 and 900 million francs in 2024 and have a total cash remittance to the holding company of 2.8 to 3 billion francs from 2022 to 2024.