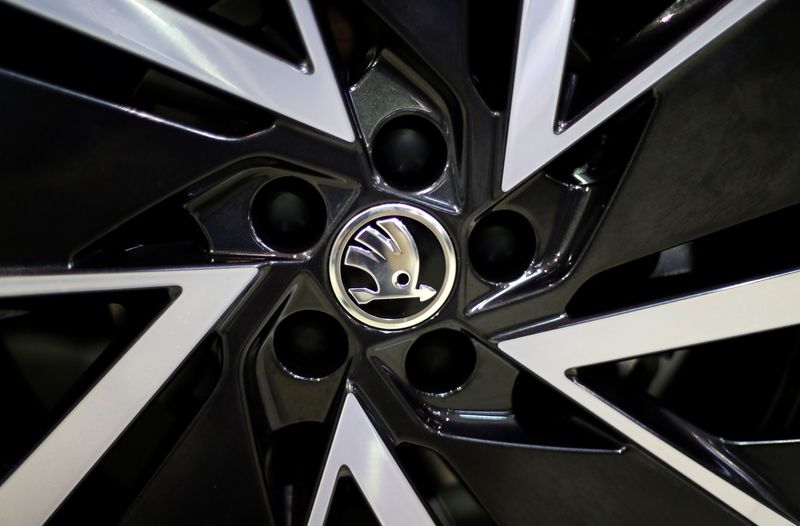 © Reuters. FILE PHOTO: A logo is seen on a wheel of a Skoda car during the Prague Autoshow in Prague, Czech Republic, April 13, 2019. REUTERS/David W Cerny

PRAGUE (Reuters) – Czech carmaker Skoda Auto, part of the Volkswagen (ETR:) group, is still aiming for sales of at least 1 million cars a year but is targeting profitability over higher volumes, its CEO was quoted as saying on Monday.

Global deliveries for Skoda, the Czech Republic’s biggest exporter and a bellwether for the economy, dropped 12.6% year-on-year to 878,200 cars in 2021, with global supply snags for chips and other parts hitting output.

“Before it was speculated about whether Skoda should aim for 1.5 or 2 million cars sold a year. Our goal is and will be passing the 1 million mark, but in the current situation profitability is much more important than the volume itself,” Skoda Chief Executive Klaus Zellmer told daily E15 in an interview, part of which was published on Monday.

Like other carmakers, Skoda is working through a large backlog of orders that is keeping production at capacity.

But it also is facing signs of a slowdown on consumer spending that could hit sales.

“Inflation, the energy crisis, and all the challenges that are surfacing will have a significant impact on consumers and businesses,” he said, adding the first half of next year would still be tolerable due to backlogs.

“But the second half of the year will be much more demanding economically,” he said.

E15 said Skoda was also preparing for scenarios where gas deliveries for industry would be limited or stopped, in which case the carmaker could cut six-day work weeks in half or concentrate gas consumption on parts of production that cannot manage without it, like the paint shop.

Slippery slopes: why the Auckland storm caused so many landslides – and what can be done about it