HomeMarketSiemens Healthineers aims for $300 million in savings By Reuters
Market

Siemens Healthineers aims for $300 million in savings By Reuters 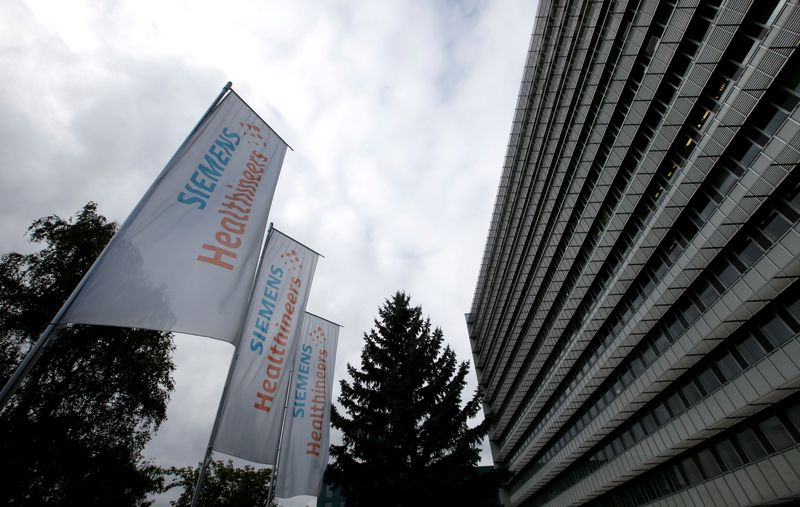 ERLANGEN, Germany (Reuters) -Siemens Healthineers will restructure its diagnostics division to save around 300 million euros ($302 million) each year starting from 2025, the U.S.-German medical device maker said on Wednesday.

It said it would spend a similar amount on the overhaul, although those costs would be one-off, while the savings will recur.

Shares in Siemens Healthineers were up 1.6% by around 1030 GMT following the announcement.

After the introduction of its Atellica laboratory system, older systems – most of them acquisitions – are to be taken off the market sooner than previously planned to simplify the portfolio.

For the fiscal year that started in October, Healthineers has budgeted costs of 150 million to 200 million euros for the restructuring, a presentation to shareholders shows.

Up to 2025, the overhaul is expected to cost between 350 million and 450 million euros, Chief Executive Bernd Montag said in Erlangen on Wednesday.

Sources from within the company said the plan involves cutting jobs and abandoning certain locations.

Siemens Healthineers also said it was lowering its targets for the laboratory division, with comparable sales growth of 3%-5% per year until 2025, rather than 4-6% previously. The adjusted return on sales before interest and taxes (EBIT margin) is seen at 8%-12% by 2025 instead of a previously hoped-for 15%.

The group targets adjusted basic earnings per share of between 2 euros and 2.20 euros for fiscal 2023.

During fiscal 2022, it achieved comparable revenue growth of 5.9% at around 21.7 billion euros. This compared with a targeted range of 5.5% to 7.5% and analysts’ average estimate of 21.5 billion euros in revenue.

Full-year net income rose by 18% to 2.05 billion euros, partly as a result of lucrative business with COVID-19 tests.

The company proposed a 10 cent dividend increase to 0.95 euros.