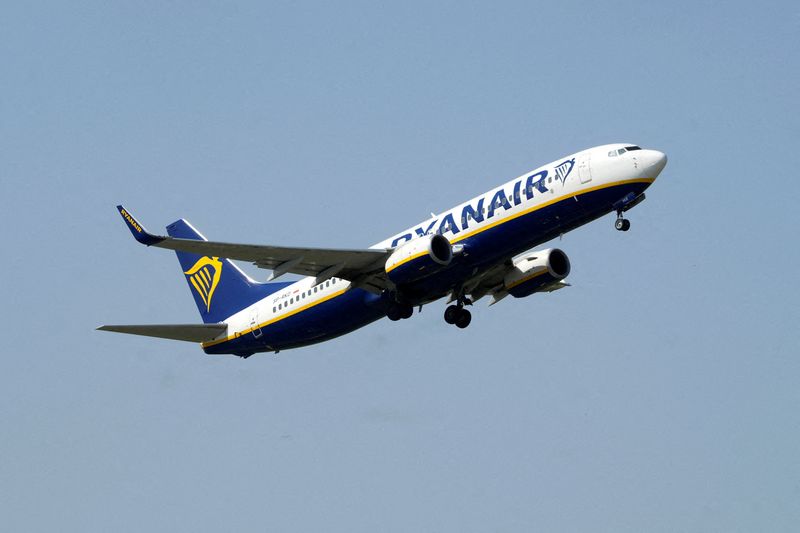 “Europe is inexorably moving towards a similar out-turn as North America where you will have three very large, somewhat higher cost, high-fare connecting carriers, and one very large low cost carrier” in Ryanair, O’Leary said.

Wizz chief executive Jozsef Varadi, who has always maintained his cost base is comparable to Ryanair’s, last week said he did not see his airline as a takeover target.

EasyJet, a hybrid player focused on undercutting legacy airlines at established airports which does not see itself as a direct competitor to Ryanair, did not immediately respond to a request for comment.

O’Leary said both of the rival airlines “would be candidates for M&A over the next couple of years because … they are stuck in a space where they are mid-airfare, mid-cost and they are not able to compete with us on cost or pricing.”

Speaking on a call with analysts following the release of results for the first half of its financial year, O’Leary praised easyJet for establishing a “fortress-like” position in some expensive airports like London Gatwick and Paris Charles de Gaulle, Geneva and Zurich.

But he said the British airline was being forced by Ryanair to retreat in other markets like Italy and Portugal.

Wizz, O’Leary said, was making progress with expansion in the Middle East but was retreating in the face of Ryanair expansion in some parts of its core central and eastern Europe region.

O’Leary said he also expected Portugal’s TAP and Italy’s ITA would both ultimately be taken over by larger rivals.

Share
Facebook
Twitter
Pinterest
WhatsApp
Previous article
Inside squalid home of sick couple who left kids as young as 4 living in ‘repugnant’ conditions surrounded by 36 dogs
Next article
Husband, 81, admits pushing wheelchair-bound wife into sea & leaving her to drown after pretending to take her for walk
RELATED ARTICLES
Market

‘Oldest’ mummy and one ‘digitally unwrapped’ by science