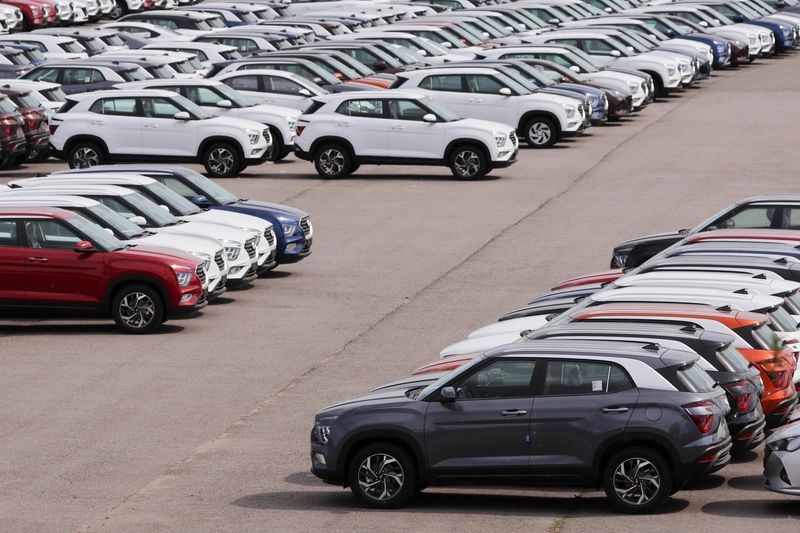 (Reuters) – Sales of new cars in Russia fell 62.8% year-on-year in October, the Association of European Businesses (AEB) said on Monday, as the country’s auto industry continues to reel in the face of Western sanctions.

Sales of new cars produced in Russia have plummeted since Moscow invaded Ukraine in February, with sanctions limiting manufacturers’ access to parts and several foreign producers suspending operations in the country.

Meanwhile, sales of used cars are leading a relative resurgence, with Japan accounting for more than three quarters of those imported, according to data shared with Reuters.

After the Ukraine war began, the AEB, which represents companies present in Russia, revised its 2022 new car sales forecast to a drop of around 50% from expected 3.3% growth.