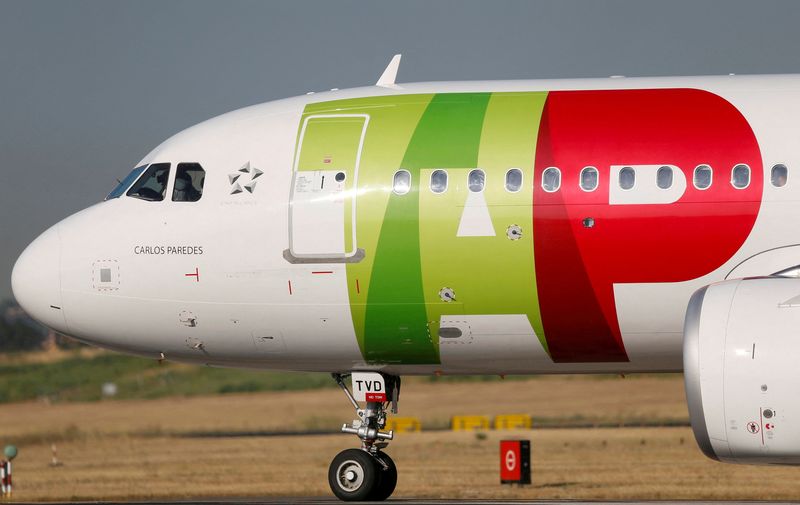 LISBON (Reuters) – Portuguese airline TAP posted a rare net profit in the third quarter on Wednesday on strong revenue and helped by currency hedging, but said visibility for next year remained low.

The state-owned company, which is undergoing restructuring, reported a profit of 111 million euros ($110 million) versus a loss of 134.5 million a year earlier.

TAP’s operating revenue jumped to 1.1 billion euros from 444 million euros a year earlier, predominantly driven by increased fares and higher capacity as demand for travel returned in force after the lifting of COVID restrictions, even amid galloping inflation.

Recurring earnings before interest, taxes, depreciation and amortisation (EBITDA) of 280 million euros were above pre-pandemic levels.

“TAP is confirming its strong performance in the third quarter with all financial metrics above pre-crisis levels, despite further increased fuel costs,” Chief Executive Officer Christine Ourmieres-Widener said in a statement.

She added that although demand for the fourth-quarter remains very strong, “visibility for next year is, however, still low and given the uncertain environment it is ever more crucial to focus on our strategic plan which has proven its effectiveness so far”.

TAP’s restructuring under a Brussels-approved 3.2-billion euro rescue plan includes downsizing its fleet, cutting more than 2,900 jobs and reducing wages of most workers by up to 25%. It also must wind down its aircraft maintenance business in Brazil.

The CEO said in September TAP was delivering on its goals, making itself more attractive to a potential international partner, while it was up to the government to decide whether and when to re-privatise TAP

As part of the plan TAP has to achieve positive operating results in 2023 and a net annual profit in 2025, recovering from a record loss of 1.6 billion euros in 2021.