HomeMarketPentagon, U.S. arms makers to meet on labor and supply chain By...
Market

Pentagon, U.S. arms makers to meet on labor and supply chain By Reuters 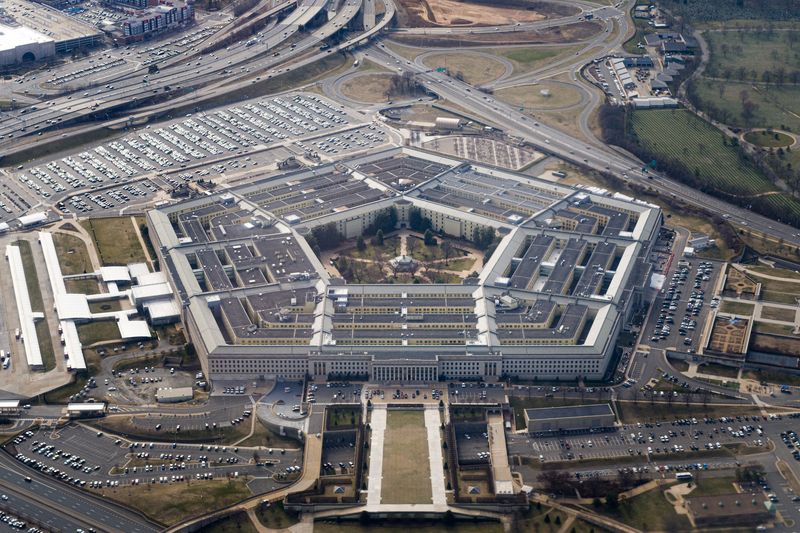 © Reuters. FILE PHOTO: The Pentagon is seen from the air in Washington, U.S., March 3, 2022, more than a week after Russia invaded Ukraine. REUTERS/Joshua Roberts

WASHINGTON (Reuters) – Pentagon leaders plan to meet with defense industry executives next week to discuss ways to tackle supply-chain problems, a U.S. official told Reuters, amid an expected surge in demand for weapons from U.S. allies due to Moscow’s invasion of Ukraine.

Concern among Pentagon officials is growing that top U.S. defense suppliers will struggle with a surge in orders for weapons from European nations like Germany and Poland, amid growing fears of Russian President Vladimir Putin’s ambitions in the region.

Despite global interest in weapons, major U.S. arms makers continue to cite a tight labor market and lingering supply-chain problems from the coronavirus pandemic to tamp down expectations about how quickly they will be able to deliver on those expected orders.

“We have heard the concerns from industry regarding supply-chain challenges and workforce issues – and we share them,” the Pentagon’s chief weapons buyer Bill LaPlante told Reuters in a statement.

The Pentagon plans $500 million in workforce training and retention programs coupled with over $2 billion in supply-chain investments in the coming years as part of an effort to tackle the problems.

But Russia’s invasion of Ukraine has prompted countries like the United States and Germany to raise their defense spending budgets to record levels.

In the meantime, the defense industry is taking steps on its own to shore up supplies and labor.

“If I had to boil it down to the longest pole in the tent, it’s the labor issues that are pervasive throughout the supply chain,” Raytheon (NYSE:) Chief Financial Officer Neil Mitchill told Reuters.

Northrop Grumman Corp (NYSE:)’s Chief Financial Officer Dave Keffer told Reuters the company had “added a lot of resources and focus on hiring,” with net new hires of 2,700 in the third quarter alone.

Last month, Lockheed head Jim Taiclet, told investors the company was “cross-training” employees to allow them to shift between product lines as demand grows and changes in the coming years.

Demand is real. Last month, Poland agreed to buy 288 artillery rocket launchers from South Korea, although it has said it wants many more.