HomeMarketPandora braces for recession despite resilient demand By Reuters
Market

Pandora braces for recession despite resilient demand By Reuters 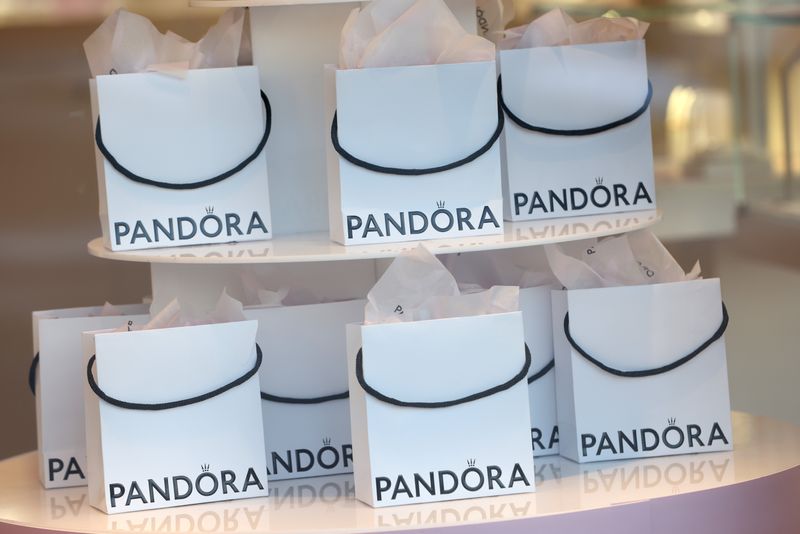 COPENHAGEN (Reuters) -Danish jewellery maker Pandora (OTC:) reported third-quarter sales just above expectations on Tuesday and said it is braced for recession even though shopper demand has proven resilient in the face of soaring living costs.

“Despite macroeconomic and geopolitical uncertainty, the shopping patterns of our consumers are so far largely unchanged,” Chief Executive Alexander Lacik said in a statement.

Pandora still expects full-year organic growth between 4% and 6% and reaffirmed an outlook for an operating profit margin at 25-25.5%.

Shares in Pandora rose 6.5% when the Copenhagen blue-chip index opened on Tuesday.

The company has cut back on promotional activities and raised prices on a third of its products by 4% on average.

Retail data showed traffic in Pandora’s stores increased in the third quarter while the number of products bought by each customer also remained the same, Lacik told Reuters. Only Italy has shown signs of weakening demand.

The world’s largest jewellery maker by production capacity said sales in the United States, its biggest market, dipped by 3%. It attributed the expected decline to the end of the U.S. government’s stimulus payments to help citizens ride out the COVID-19 pandemic.

The company reported third-quarter sales of 5.26 billion Danish crowns ($712.64 million), slightly above an average of 5.16 billion crowns expected by analysts in a poll by the company.

Third-quarter results showed a “surprisingly resilient sales environment”, Jefferies analysts said in a note, adding that this looks promising for the holiday season in the fourth quarter.

Pandora also announced it would pay a total of 5.3 billion crowns to its shareholders this year, equating to about 13% of its market capitalisation. It has already paid out 4.3 billion in dividends and share buybacks.

The new Bermuda Triangle: Me, Air New Zealand and the missing wheelchair backrest