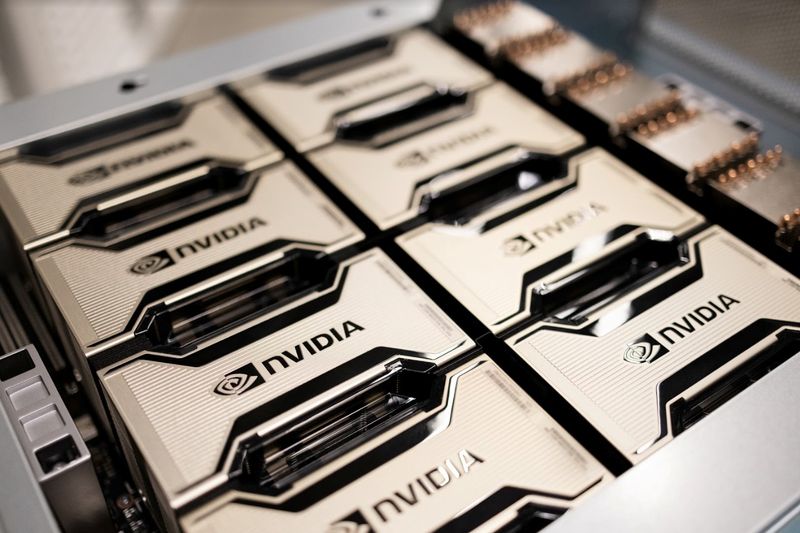 NVIDIA (NASDAQ:) confirmed media reports that it has started offering new chips to its customers in China in a bid to soften the blow from the recently imposed U.S. export restrictions.

The new processor, named A800, went into production in the third quarter, the company said. It replaces A100, one of NVIDIA’s top products used in servers and artificial intelligence (AI) applications.

NVIDIA told its customers that A800 has the same performance but it comes with lower bandwidth. NVIDIA’s new offering was first reported by Reuters.

“The NVIDIA A800 GPU, which went into production in Q3, is another alternative product to the NVIDIA A100 GPU for customers in China. The A800 meets the U.S. Government’s clear test for reduced export control and cannot be programmed to exceed it,” NVIDIA said.

The U.S. Commerce Department introduced new export limits last month to block high-end AI chips being shipped to China. As a result, NVIDIA said that it could lose $400 million in sales as about a quarter of its sales come from China and Hong Kong.

NVIDIA shares are up about 1.1% in pre-market trading on Tuesday.