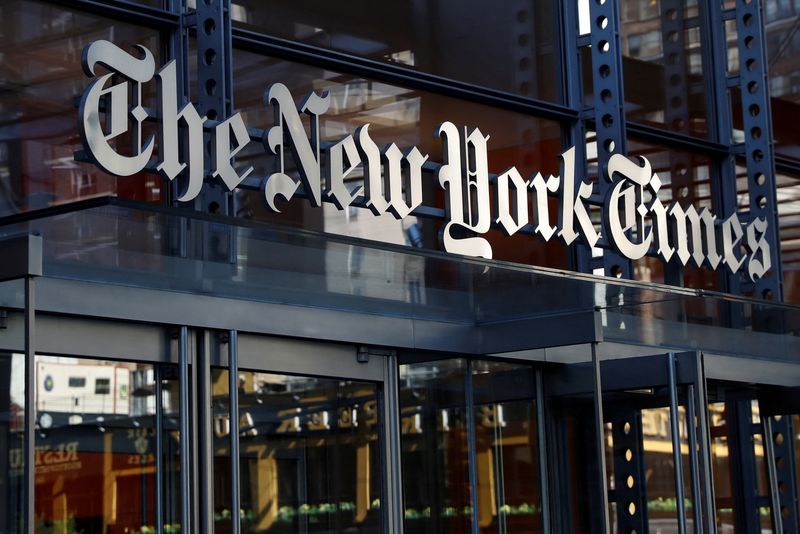 (Reuters) -The New York Times Co raised its full-year forecast for adjusted operating profit on Wednesday, a sign that the media organization’s plan of bundling subscriptions was helping offset a decline in ad spending from recession-wary businesses.

The publisher has been trying to reach a wider audience and increase revenues by bundling its traditional print and digital news offerings with cooking recipes, crossword puzzles, product review site Wirecutter and sports news site The Athletic, which the Times bought earlier this year.

That helped the company add 180,000 online subscribers in the three months to September, powering its third-quarter adjusted profit above Wall Street estimates and sending its shares 7% higher in premarket trading.

“It was our best quarter yet for bundle net additions,” said Chief Executive Meredith (NYSE:) Kopit Levien, adding the Times’ bundle subscribers had crossed more than a million.

Users opting for bundled subscriptions are lucrative for the company as they pay about 50% more than news subscribers, Kopit Levien said.

The Times is under pressure from activist investor ValueAct Capital, which disclosed a near 7% stake in the publisher in August, to ramp up its subscription bundling push.

Revenue in the third quarter came in at $547.7 million, slightly below analysts’ expectations of $548.6 million, according to Refinitiv data.

The miss was mainly driven by a wider slowdown in ad spending that sapped growth at the Times’ digital ad business. The company expects digital ad revenue to decline in the last three months of the year.

The weakness mirrors results from tech giants such as Meta Platforms Inc and Google-parent Alphabet (NASDAQ:) Inc, which have sounded the alarm on a decline in advertising from businesses grappling with decades-high inflation.

“We are improving our outlook for full-year 2022 results and expect adjusted operating profit between $320 (million) and $330 million,” the Times said.