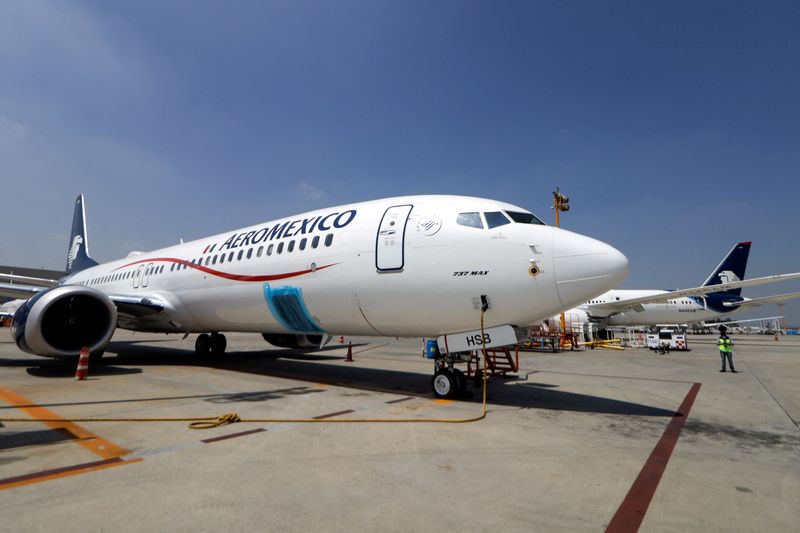 MEXICO CITY (Reuters) – Mexican airline Aeromexico is expanding its flights to Europe and reestablishing a route to Asia, the company said on Monday.

Beginning March 25, the airline will launch a new route to Rome from Mexico City, offering three weekly flights and expanding to five by June 1, it said in a statement.

An Aeromexico spokesperson told Reuters the flight will be from the Mexico City International Airport, which has dealt with congestion and safety issues, rather than a new airport farther from the Mexican capital’s center that the government has promoted.

The airline also will increase the number of weekly direct flights to Madrid from the major Mexican cities of Monterrey and Guadalajara, from three to five beginning March 27, with daily flights from June 1.

The additions will increase the airline’s flights to Europe by 20% over the 2022 summer season, the company said.

The carrier said it will begin flying daily to Tokyo on March 25, after having discontinued the route three years ago.

The expansion comes as Mexican authorities are working to recover a Category 1 aviation rating from the U.S. Federal Aviation Administration (FAA), which stripped Mexico of the top safety rating in 2021.

Restoring the Category 1 rating would allow Mexican carriers such as Aeromexico to add new flights to the United States.

‘I would say that winning is expected’