HomeMarketMeta cuts 11,000 jobs as it sinks more money into the metaverse...
Market

Meta cuts 11,000 jobs as it sinks more money into the metaverse By Reuters 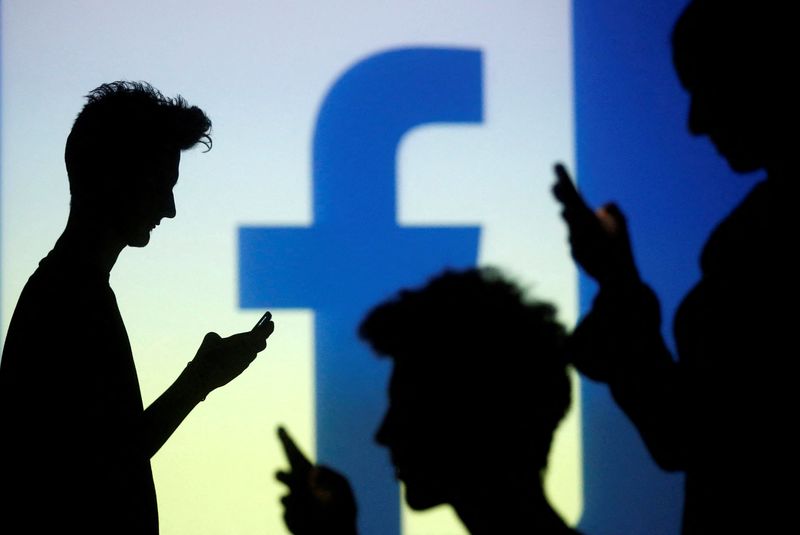 © Reuters. FILE PHOTO: People are silhouetted as they pose with mobile devices in front of a screen projected with a Facebook logo, in this picture illustration taken in Zenica October 29, 2014. REUTERS/Dado Ruvic/File Photo

By Aditya Soni and Nivedita Balu

(Reuters) – Meta Platforms Inc said on Wednesday it would cut more than 11,000 jobs, or 13% of its workforce, as the Facebook (NASDAQ:) parent doubled down on its risky metaverse bet amid a crumbling advertising market and decades-high inflation.

The mass layoffs, among the biggest this year and the first in Meta’s 18-year history, follow thousands of job cuts at other tech companies including Elon Musk-owned Twitter Inc (NYSE:), Microsoft Corp (NASDAQ:) and Snap Inc (NYSE:).

Like its peers, Meta aggressively hired during the pandemic to meet a surge in social media usage by stuck-at-home consumers. But business has suffered this year as advertisers and consumers pull the plug on spending in the face of soaring costs and rapidly rising interest rates.

“Not only has online commerce returned to prior trends, but the macroeconomic downturn, increased competition, and ads signal loss have caused our revenue to be much lower than I’d expected,” Chief Executive Officer Mark Zuckerberg said in a message to employees.

“I got this wrong, and I take responsibility for that.”

On a short call on Wednesday that Reuters had access to, a red-eyed Zuckerberg addressed employees but took no questions. He stuck to a script that closely followed the wording in the morning’s blogpost and called the increased investments in e-commerce a “big mistake in planning.”

He said he would host another townhall on Friday in which he would take questions.

Meta, once worth more than $1 trillion, is now valued at $256 billion after losing more than 70% of its value this year alone.

Meta shares rose 4% on Wednesday as investors cheered caution by a company that has been pinning its future on the metaverse with pricey investments that Zuckerberg himself says will take a decade to bear fruit.

“The market is breathing a sigh of relief that Meta’s management or Zuckerberg specifically seems to be heeding some advice, which is you need to take some of the steam out of the growing expenditure bill,” Hargreaves Lansdown analyst Sophie Lund-Yates said.

The company now expects 2023 expenses of $94 billion to $100 billion, compared with the $96 billion to $101 billion projected previously. It also narrowed its 2023 capital expenditures forecast range.

Other than the job cuts, which will impact units across Meta with a disproportional hit to the recruiting and business teams, the company will also reduce office space, lower discretionary spending and extend a hiring freeze into the first quarter to rein in expenses.

Still, more of the leftover resources will go toward the Reality Labs unit responsible for its metaverse investments. The business lost $9.44 billion from January to September this year, with losses expected to grow significantly in 2023.

The spending spree has drawn the ire of Wall Street and shareholders, with one investor recently calling the investments “super-sized and terrifying.” Analysts have also questioned how long Meta can pour money into the project in a weak economy.

“They’re going to have to continue to rightsize. … Next year is going to be a difficult environment for them,” said Paul McCarthy at Kisco Capital, which previously owned Meta shares.

McCarthy added he was skeptical about the company’s metaverse bets, and that rising interest rates and a gloomy macro environment could continue to weigh on the ad market.

As part of the severance package, Meta will pay 16 weeks of base pay and two additional weeks for every year of service, as well as all remaining paid time off.

Affected employees will also receive shares that were set to vest on Nov. 15 and healthcare coverage for six months, according to Meta, which had 87,314 employees as of the end of September.

The company did not disclose the exact charge for the layoffs, but said the figure was included in its previously announced 2022 expense outlook of between $85 billion and $87 billion.