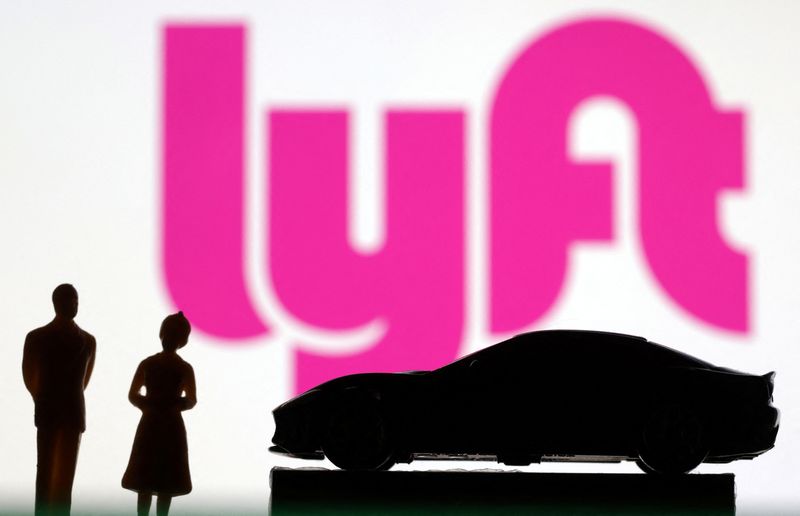 Uber controls a bigger chunk of the market share and has operations outside of the United States while also benefiting from its food and grocery delivery business. The company last week said it was not seeing any signs of consumer weakness.

“Lyft is losing market share to Uber, because it lacks the cross-platform offer Uber has built through ride-sharing and Eats… drivers simply have more opportunities to earn on Uber than Lyft,” Third Bridge analyst Nicholas Cauley said.

Lyft’s active riders rose 7.2% to 20.3 million in the third quarter, the smallest quarterly growth recorded so far this year, and missed the estimate of 21.3 million, according to FactSet.

But revenue per active rider increased 13.7% to $51.88, the highest growth compared to the prior two quarters.

Lyft forecast current-quarter operating profit above Wall Street estimates, as it bets on demand for rideshare and cost cuts such as headcount reduction and closing office spaces.

“Historically in a recessionary environment … transportation is durable because we need to get around, but delivery and takeout is less durable,” Lyft President John Zimmer said in an interview.

For the fourth quarter, the company expects revenue between $1.15 billion and $1.17 billion, while analysts expect $1.17 billion.

It forecast adjusted EBITDA (earnings before interest, taxes, depreciation and amortization), a profitability metric keenly watched by investors, between $80 million and $100 million, compared with analysts’ forecast of $84.5 million, according to Refinitiv IBES data.

Lyft’s net loss for the third quarter, however, widened to $422.2 million, or $1.18 per share, from $99.7 million, or 30 cents per share, a year earlier, due to impairment charges related to the closure of Argo AI, the autonomous vehicle startup in which the company had a stake.

The company’s costs and expenses rose about 26% in the quarter.