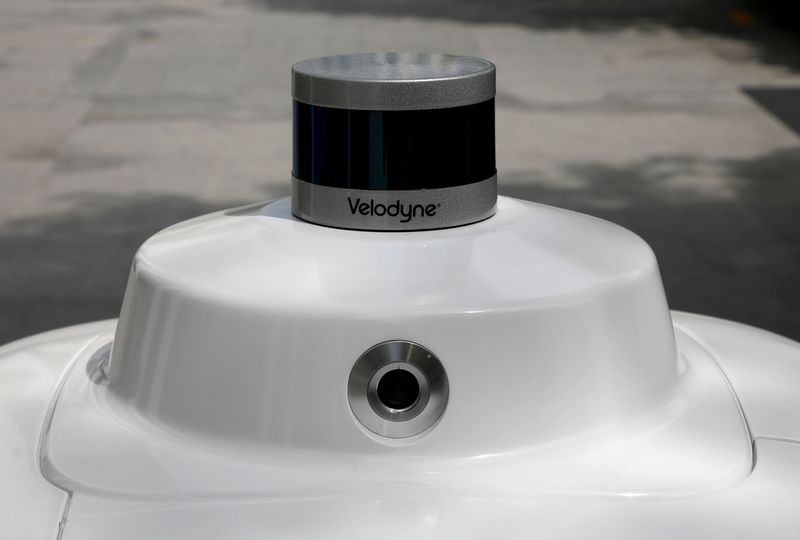 (Reuters) – Lidar makers Ouster Inc and Velodyne Lidar Inc said on Monday they would merge in an all-stock deal, forming a company with a combined market capitalization of about $400 million.

Velodyne stockholders will receive 0.8204 shares of Ouster for each share held, representing a 7.8% premium to Velodyne’s closing price on Friday.

Lidar sensors are increasingly being used in vehicles for sophisticated environment mapping required for autonomous driving capabilities and safety, with demand for the technology expected to rise sharply.

The combination will allow Ouster and Velodyne to consolidate their market position and product portfolios through cost-savings in engineering, manufacturing and administration.

Velodyne shares were up 5.6% while Ouster rose about 1% in premarket trading.

The two companies had a combined cash balance of about $355 million as of Sept. 30, and aim to realize annualized cost savings of at least $75 million within 9 months of closing the proposed merger, they said in a statement.

The combined company will be led by Ouster Chief Executive Officer (CEO) Angus Pacala, who will serve as its CEO, and Velodyne top boss Ted Tewksbury, who will become executive chairman.

Existing Velodyne and Ouster shareholders will own about 50% each of the combined company.

What his death says about race