HomeMarketLatam Airlines pilots in Chile vote to strike on eve of Chapter...
Market 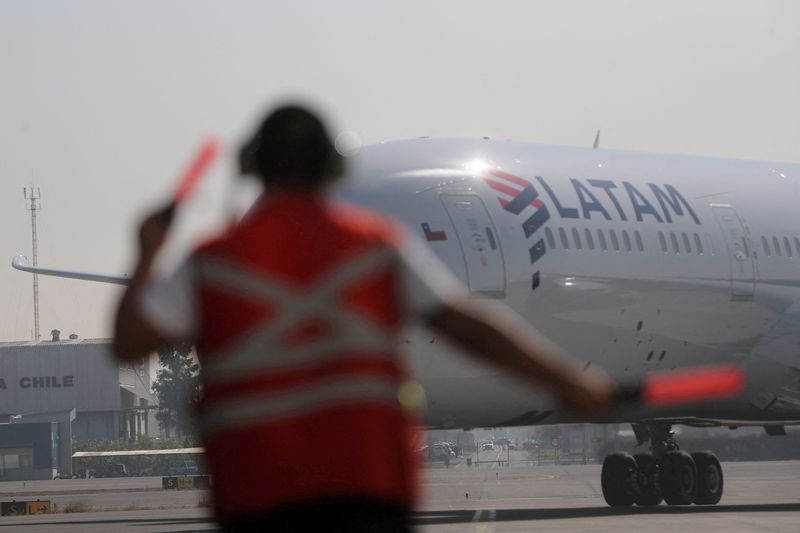 By Alexander Villegas and Natalia A. Ramos Miranda

SANTIAGO (Reuters) – The largest pilots union of Latam Airlines in Chile voted to strike on Wednesday, a day before the company said it was planning on concluding its exit from bankruptcy.

The Union of Latam Pilots (SPL) said it represents 313 of Latam Airlines’s approximately 500 pilots and that 99% of its members voted to approve the strike.

In a statement released Wednesday, the union said it was looking to revert some pandemic-era cost-saving measures, including a 30% pay cut and a shift to “variable salary model.”

“What we’re asking now is an act of justice that jumps into view: recover conditions we had before the adjustment that hit us hard,” Mario Troncoso, president of the SPL said in a statement.

Troncoso added that 240 pilots were fired during the pandemic and while company executives and other company employees recovered 100% of their pre-pandemic salaries, pilots are the only ones still receiving a reduced salary.

The statement said that the company’s proposal to link pre-pandemic salary to flight hours is unfeasible and could be reached, at best, three months out of the year.

Latam Airlines refused to comment publicly on the matter.

While pilots voted to strike, Chilean law establishes up to four days in which either party can request mediation from the country’s labor department. Strikes must be suspended during the mediation process.