HomeMarketJCDecaux Soars to 10-Week High on Rebound in Travel Advertising By Investing.com
Market

JCDecaux Soars to 10-Week High on Rebound in Travel Advertising By Investing.com 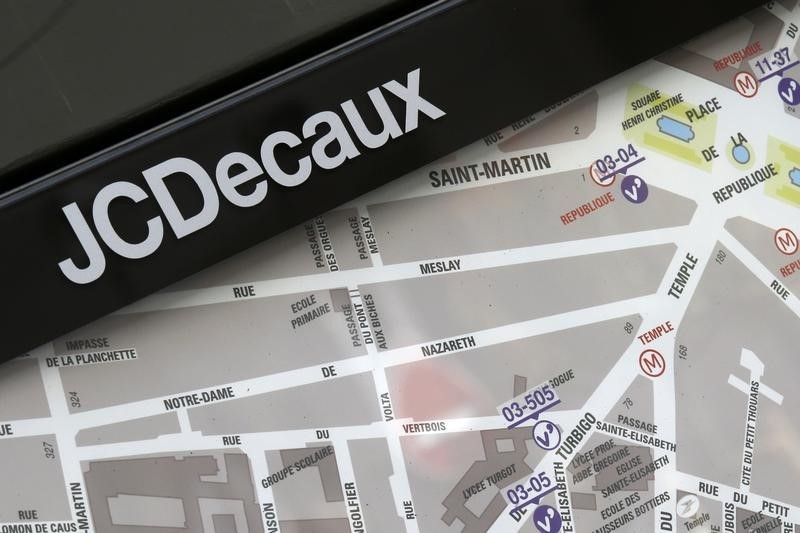 Investing.com — JCDecaux (EPA:) stock leaped to its highest in nearly 10 weeks on Friday after reporting a sharp rebound in its main outdoor advertising business as the pandemic receded.

The French-based group said adjusted in the third quarter was up 14% from a year earlier, thanks largely to a revival in spending on travel-related properties as the northern hemisphere’s tourism sector reopened after a two-year hiatus caused by COVID-19.

“The rebound was especially strong in North America and in Rest of the World in line with the strong recovery of air traffic in these geographies,” it said.

The contrast with those markets still struggling from pandemic-related measures was stark. Revenue for the Asia-Pacific region was flat on the year, but was up 52% excluding China, where rolling lockdowns to clamp down on COVID have weighed all year on long-distance travel and, sporadically, commuting too.

The company said its “solid trading momentum” had continued into the fourth quarter, but nonetheless expects revenue growth to slow to around 3%, due in part due to tougher comparative figures from a year ago, with “ongoing mobility restrictions in China” still representing a headwind.

The numbers illustrate that the weakness in advertising spending reported by individual companies such as Alphabet (NASDAQ:), Facebook (NASDAQ:), and Snap (NYSE:) in the last quarter are at least partly due to company-specific problems rather than the overall global market. JCDecaux is the world’s largest outdoor advertiser and estimates its billboards and other ad formats reach 850 million people every day.

Sydney’s Glebe Markets to close at the end of February