Jack in the Box downgraded, Dave & Buster’s upgraded at Deutsche Bank By Investing.com 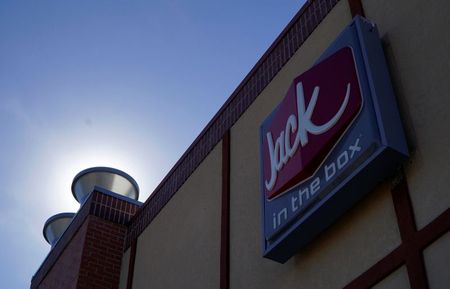 Deutsche Bank analysts downgraded Jack In The Box Inc (NASDAQ:) to Hold from Buy, maintaining the price target at $88 per share, and upgraded Dave & Buster’s Entertainment (NASDAQ:) to Buy with a $48 price target on Tuesday.

They told investors in a note that ahead of JACK’s Fiscal 4Q22e earnings results in two weeks, they are moving to downgrade the stock based on risk reward and valuation.

“This is primarily a function of the stock approaching our price target of $88 (which is unchanged with this note) and our desire to maintain discipline and balance across our ratings, rather than having an actual ‘call’ here; although we do provide thoughts on the earnings setup and other important items below,” wrote the analysts.

Focusing on its upcoming earnings release, the analysts said Deutsche Bank “expect to see JACK provide its initial Full Year Fiscal 2023e guidance with its Fiscal 4Q22e results. As an observation, as measured from the Fiscal 3Q22 quarter-end share count of ~21.3 million, it appears to us as though current street estimates anticipate an ~11 to 12% reduction in JACK’s diluted share count by year-end Fiscal 2024e, which implies a heavy dose of share repurchase activity over the next ~two years.”

On Dave & Buster’s, the analysts said that “in what is still very much a tough macro (or in at least in what logically feels like it should be a very tough macro for consumer spending), we think the Risk Reward on PLAY stands out as fairly compelling at present.”

“We come to this conclusion following a ‘second pass’ at the model following PLAY’s 2Q22 earnings results on September 7, only this time, we are aided by the pro forma supplemental disclosures that it released a few weeks later,” they added.