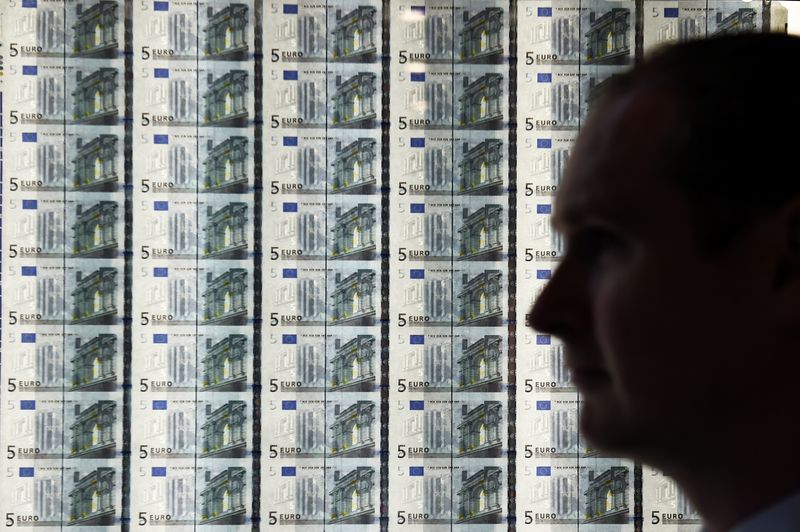 © Reuters. FILE PHOTO: A man is seen in front of a sheet of five Euro notes at the opening of the new Central Bank of Ireland offices in Dublin, Ireland April 24, 2017. REUTERS/Clodagh Kilcoyne/File Photo

Raising the cap was one of the campaign pledges of Prime Minister Giorgia Meloni’s right-wing coalition, which swept into power after winning a Sept. 25 general election.

The new ceiling would come into force next year, according to the draft seen by Reuters.

Tax dodging is a chronic problem in Italy, with more than 100 billion euros evaded every year, according to Treasury data.

Cash is harder to trace than electronic payments, so it is more likely to be used for illicit purposes. Yet forcing people to use credit cards for large purchases is unpopular in some quarters, ostensibly for reasons of freedom and privacy.

The decree, to be discussed by the cabinet later on Thursday, also includes a package of measures worth more than 9 billion euros to lower energy prices, increase gas output and preserve stocks ahead of the winter. ($1 = 0.9851 euros)