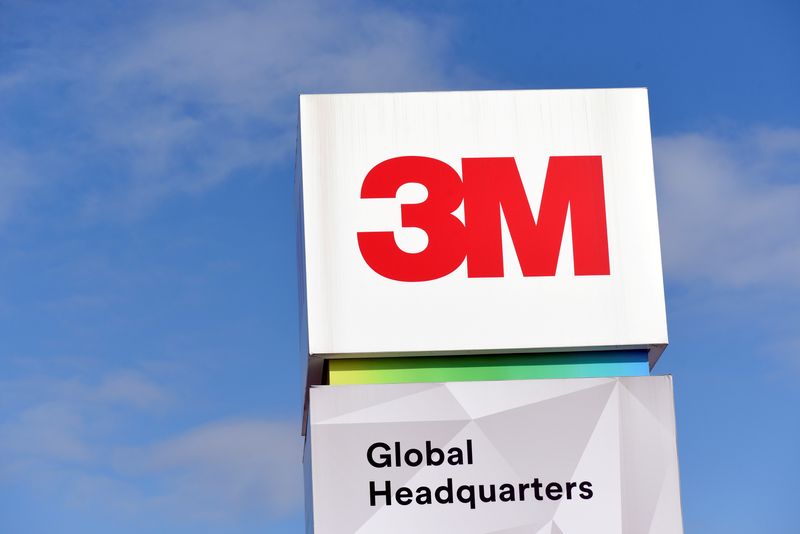 © Reuters. FILE PHOTO: The 3M logo is seen at its global headquarters in Maplewood, Minnesota, U.S. on March 4, 2020. REUTERS/Nicholas Pfosi

MEXICO CITY (Reuters) – Independent Mexican union La Liga has won the right to represent workers at a 3M Co plant, authorities said on Monday, marking a second victory for the fledgling group at a pivotal moment for workers to take on entrenched interests.

Workers at 3M’s plant in the central city of San Luis Potosi, which makes everything from Post-It notes to N95 masks, voted in January to reject the collective contract negotiated by their long-established union, the Confederation of Mexican Workers (CTM), opening the door to new representation.

One of Mexico’s dominant unions, CTM has lost a handful of significant factories, such as General Motors (NYSE:), Stellantis and Panasonic (OTC:), following a labor reform and revised trade deal with the United States that aim to improve worker rights.

La Liga union leader Marco Saucedo, who has worked at 3M for 22 years and makes materials that go into masking and electrical tapes, said La Liga drew support because it emphasized that workers, rather than outsiders unfamiliar with day-to-day issues on the production floor, would decide their demands.

“We’re people from the base, common workers,” he said. “Whatever I do for you is going to be good for me, too.”

La Liga representatives spoke to workers one-by-one during lunchtime and after work, in cafeterias and at bus stops, over several months to collect the several hundred signatures needed to prove 30% of support among nearly 2,000 workers.

The union now has six months to negotiate a new contract, and aims to ensure salaries that keep up with Mexico’s climbing inflation, Saucedo said.

3M did not immediately reply to a request for comment. It has previously said it aims to offer competitive salaries and ensure job stability and will negotiate with the union chosen by workers.

La Liga will also soon begin negotiating its first contract at VU Manufacturing, a car upholstery factory on the U.S. border in Piedras Negras, after winning a vote against CTM in August.