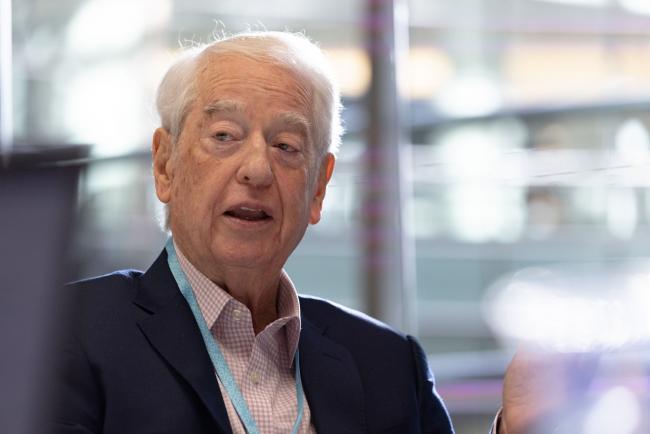 (Bloomberg) — The US airline industry is more vulnerable than it might appear to a potential recession, said William Franke, chairman of discount carrier Frontier Group Holdings Inc.

Airlines that have racked up a lot of debt during the pandemic will be in trouble if interest rates continue to rise and demand for travel softens with the onset of a recession, Franke said in an interview at Bloomberg headquarters in New York. His concern that the economy will deteriorate influenced Frontier’s decision to surrender in a bidding war for Spirit Airlines (NYSE:) Inc. earlier this year, he said.

“It’s going to be an interesting issue to see what happens to airlines if there’s a reduction in demand, if there’s a recession and people decide that paying for the car is more important than flying to see their grandparents,” he said. “You’re going to have an issue.”

Travel bookings and industry cash flows have been surprisingly strong given surging ticket prices and growing economic uncertainty. But managing debt financing on the basis of current demand is shortsighted, Franke said.

Franke declined to identify specific airlines he thought would be vulnerable to a decline in traffic.

American Airlines (NASDAQ:) Group Inc., with some $40.5 billion in long-term debt, has the lowest credit ratings and the highest leverage among big US carriers. But none are considered distressed at this point. American replied to a request for comment by noting it ended the third quarter with $14.3 billion in total available liquidity.

JetBlue Airways (NASDAQ:) Corp. — which in July won a takeover battle with Frontier over Spirit Airlines — is in the middle of the pack for US airline credit health. But funding its Spirit takeover with debt is likely to weigh heavily on the company’s balance sheet. The JetBlue-Spirit combination is undergoing a US antitrust review.

While Spirit would expand JetBlue’s network, it also would hurt its credit metrics due to “significant” costs relative to JetBlue’s current debt load, according to a Standard & Poors report in August.

Representatives for JetBlue didn’t reply immediately to a request for comment.

Concern over economic and interest rate risks played a role in Frontier’s decision not to improve the cash portion of its offer for Spirit after JetBlue made a competing $3.8 billion all-cash bid, Franke said.

“I decided I didn’t want to get into that game, it’s just too high risk,” he said. “It’s an expensive idea for JetBlue.”

Franke, who is widely considered the godfather of the deep-discount model, has said cost creep at an airline is a “path to hell.” That path is getting harder to avoid amid rising expenses for everything from jet fuel to pilots.

“Some businesses can manage inflation, they can push through, but most businesses — either because of demand or because of their balance sheets or the marketplace —  can’t,” he said.

In 2013, Franke’s Indigo Partners sold its stake in Spirit, where he served as chairman, to buy Frontier. He converted both carriers to an ultra-low-cost business model, which offers bare bones fares but charges for anything extra like coffee or bottled water inflight, or even a printed boarding pass.

If Spirit is integrated into JetBlue, Franke says the combined company will no longer be a competitor in the deep discount market, which could provide Frontier with an opportunity. “We’ll do what we can to fill the void,” he said.

The 85-year-old executive, who says he trained many of his current industry peers, hasn’t completely closed the door on another run at acquiring Spirit should JetBlue’s deal fall through and fate come knocking.