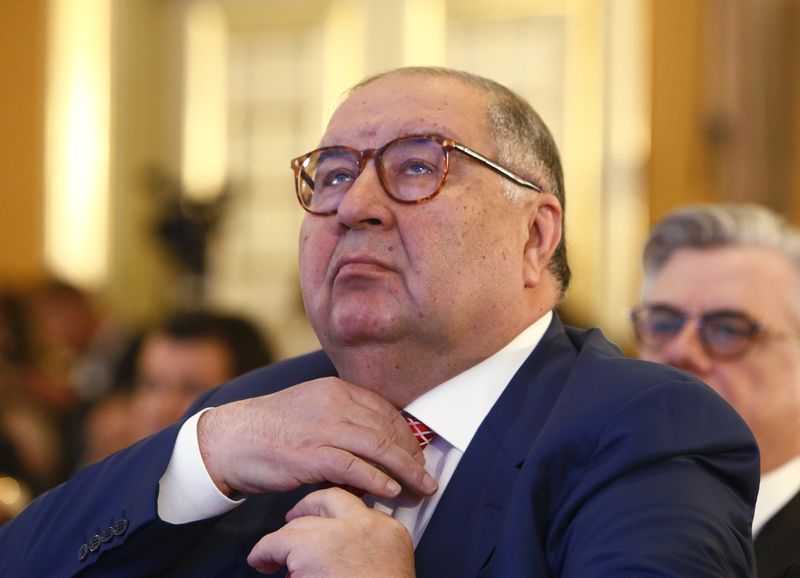 © Reuters. FILE PHOTO: Russian businessman and founder of USM Holdings Alisher Usmanov attends a session during the Week of Russian Business, organized by the Russian Union of Industrialists and Entrepreneurs (RSPP), in Moscow, Russia March 16, 2017. REUTERS/Sergei

BERLIN (Reuters) -German officials have searched a large bank in Frankfurt and Munich in an investigation into suspected money-laundering by a Russian oligarch, a spokesperson for the prosecutors said on Tuesday.

Swiss bank UBS confirmed that its branches were the subject of the searches and that it was cooperating with authorities.

The prosecutors’ spokesperson did not name the bank and declined to name the oligarch, adding that individuals of the bank were not under investigation.

An Usmanov spokesperson categorically rejected the allegations, describing them as unfounded, false and defamatory.

“The businessman is a law-abiding and conscientious taxpayer who has paid taxes in Russia,” the spokesperson said.

The prosecutors’ spokesperson said the oligarch in question was also the subject of searches at a motor yacht in northern Germany in September.

‘Told that you’re too small’: How Aussie 7s ace defied the odds