HomeMarketFutures steady as midterm results roll in By Reuters
Market

Futures steady as midterm results roll in By Reuters 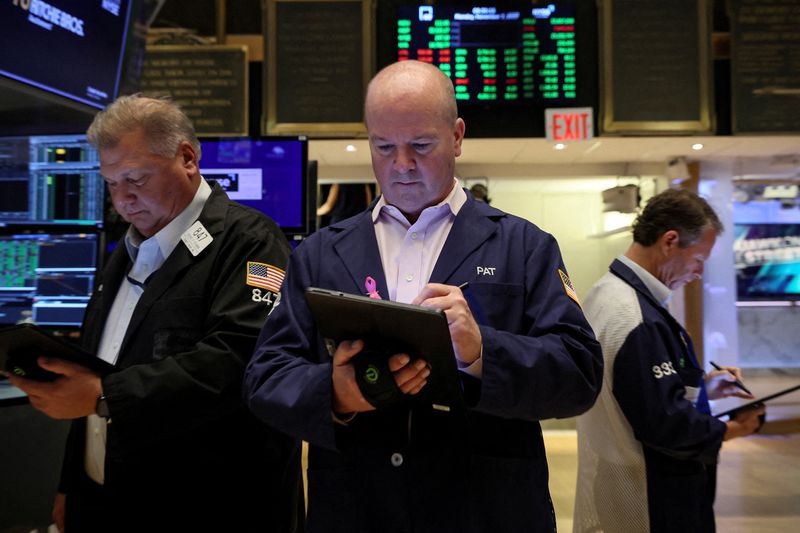 (Reuters) – U.S. stock index futures inched higher on Wednesday as results from midterm elections rolled in, with investors bracing for a political gridlock in Washington that would make it harder for drastic policy changes to come through.

Early indications suggested the U.S. Republicans looked set to take control of the House of Representatives, while the Senate results were too close to call as polls remained open in some states.

A divided government, with a Democrat in the White House, has historically been favorable for stock markets as it paves the way for partisan standoffs over contentious policy changes, such as the federal debt limit, that could usher in worries of a U.S. default.

“The fact that we didn’t see a Republican landslide as a lot of people had expected does now raise questions about whether or not the Democrats will maintain control of the Senate,” said Danni Hewson, financial analyst at AJ Bell.

“You’re in a slightly different situation and it does look like the Biden Presidency has not been dealt a massive blow by these midterm elections, so the markets are in a wait-and-see mode.”

A surprise victory for Democrats could raise concerns about tech-sector regulation as well as budget spending that could add to already-high inflation, according to market strategists.

Only 13 of the 53 most competitive races, based on a Reuters analysis of the leading nonpartisan forecasters, had been decided so far, raising the prospect that the final outcome may not be known for some time.

Investors have increasingly priced in a Republican win as a basket of stocks, including energy and defense, that are expected to perform well under a Republican sweep have outperformed those likely to benefit under a Democratic leadership, such as clean energy shares, so far this quarter.

The has posted a gain in each 12-month period after the midterm vote since World War Two, according to Deutsche Bank (ETR:).

Holger Schmieding, an economist at Berenberg does not expect election results to have any material impact on U.S. fiscal or monetary policies and believes the Federal Reserve’s actions to curb inflation will continue to dictate markets.

Some market participants expect October U.S. inflation data due on Thursday to be more market-moving.