HomeMarketFactbox-Latest on ratification status of U.S. railroad unions to avert strike By...
Market

Factbox-Latest on ratification status of U.S. railroad unions to avert strike By Reuters 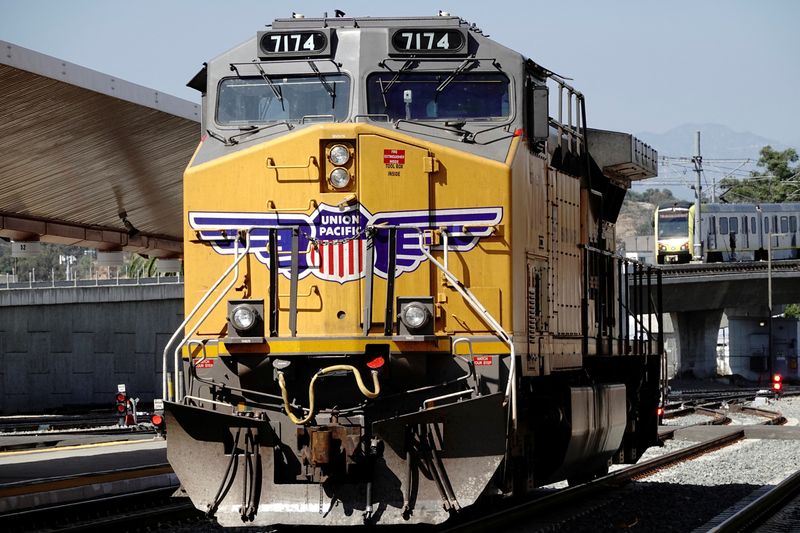 © Reuters. FILE PHOTO: A GE AC4400CW diesel-electric locomotive in Union Pacific livery, is seen ahead of a possible strike if there is no deal with the rail worker unions, as a Metrolink commuter train (right) arrives at Union Station in Los Angeles, California, U.

(Reuters) – Major U.S. railroads and unions representing 115,000 workers reached a tentative deal last week and averted a potential strike that could have stalled almost 30% of U.S. cargo shipments by weight, stoked inflation and cost the U.S. economy as much as $2 billion per day.

Although a strike was avoided with intervention from the Biden administration, uncertainty still looms over the industry as most unions are yet to ratify the deal.

Find below the status of the tentative deal involving the 12 unions, some of whom have already ratified or rejected it, with others still to vote over the next few weeks.

Brotherhood of Maintenance of Way Rejected

Brotherhood of Locomotive Engineers and Ratification

Trainmen Division of the International date set for

Note: Dates are subject to change.