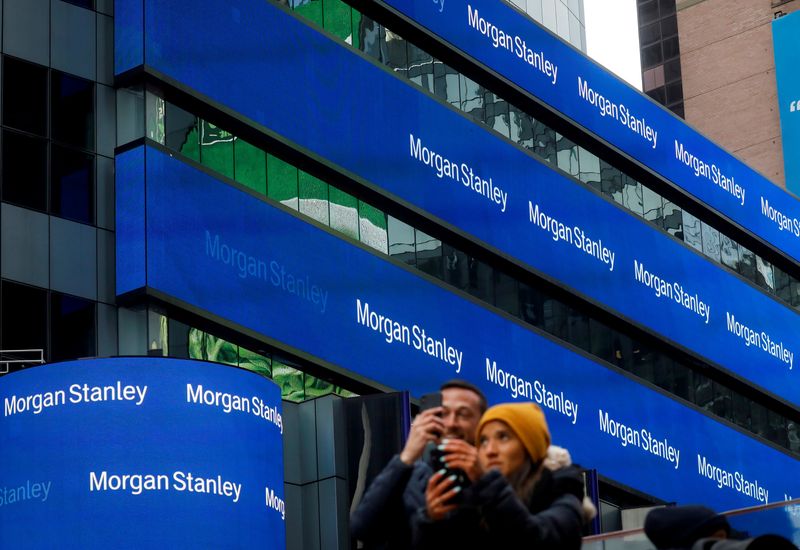 HONG KONG (Reuters) – Wall Street major Morgan Stanley (NYSE:) is expected to start a fresh round of layoffs globally in the coming weeks, three people with knowledge of the plan said, as dealmaking business takes a hit due to rising inflation and an economic downturn.

In Asia Pacific, the bank has drafted up a list of staff members considered redundant, who will mainly come from teams that focus on China-related business, two of the sources said. All declined to be named as the information is confidential.

Some of the cuts will come from capital markets teams in Hong Kong and mainland China, and most of the rest are expected to be from other teams focusing on China business, both onshore and offshore, the third source said.

One of the sources said the bank’s 30-plus technology investment banking team in Asia Pacific will also be affected by the cuts.

The cuts in Asia Pacific will be greater than the bank’s annual staff losses from natural attrition in the region, the three sources said, adding that a final decision on the size of the cuts is yet to be taken.

Global cuts will be made around the same time, they added.

A fourth source said the bank has yet to make decisions about the scale or timing of any layoffs, adding that layoffs are not imminent. Any cuts would represent a low-single digit percentage of staff globally, this person said.

Morgan Stanley, which had 81,567 employees globally at the end of the third quarter, according to a company filing, declined to comment for the story.

With prospects for arranging and financing deals drying up, some investment banks are firming up plans to cut jobs.

Morgan Stanley’s headcount reduction plans in Asia come as China’s strict COVID-19 restrictions are weighing on its economy, which has taken a toll on capital markets and merger and acquisition (M&A) activity.

Hong Kong, the preferred IPO venue for Chinese companies, has handled $10.77 billion of listings so far in 2022, the lowest level since 2017, compared with $37.7 billion at the same time last year, according to Refinitiv figures.

M&A transaction values involving China plunged by 35% year-on-year to $266 billion in the first nine months of the year, to the lowest level since 2013, Refinitiv data showed, although it remains Asia’s largest deals market.

Morgan Stanley last month reported a 30% slump in third-quarter profit, missing analysts’ estimate as a slowdown in global dealmaking hurt its investment bank business. It hinted that some cost-cutting actions were on the radar.

“You’ve got to take into account the rate of growth we’ve had in the last few years, and we’ve learned some things through COVID about how we can operate more efficiently.”

Gorman is currently in Hong Kong at a high-profile financial summit aimed at re-opening the city to international investors after nearly three years of strict COVID restrictions.

He said at a panel discussion Wednesday the biggest risk the world currently faced was the high level of inflation.

Morgan Stanley has slipped four places to rank 14th in the Asia Pacific, excluding Japan, investment banking fee league table so far this year, raking in $329 million with a 1.4% market share, as per Refinitiv data.

Protests after Tyre Nichols video release expected across US