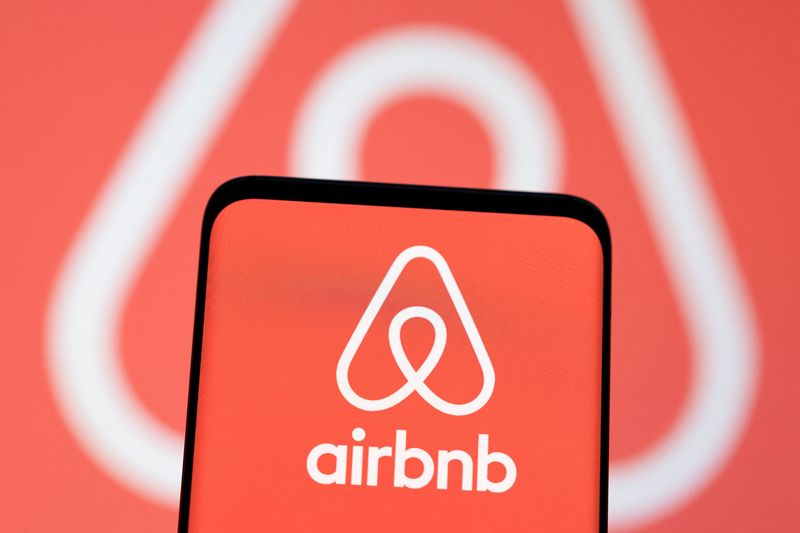 BRUSSELS (Reuters) -Airbnb and other short-term home rental companies will have to share data on the number of people using their platforms under proposed EU rules, the European Commission said on Monday, in a light-touch approach to regulating this sector.

The EU executive’s proposal comes as popular tourist destinations such as Paris, Venice and Barcelona blame Airbnb for aggravating housing shortages by pushing out lower-income residents.

But smaller towns and rural areas want to attract more tourists via online rental platforms, which account for a quarter of all tourist accommodation across the 27-country European Union.

The Commission’s proposal marks an effort to tackle the patchwork of different national laws across the EU regulating Airbnb and its rivals, while trying to balance the interests of cities and rural areas.

“The new proposed rules will help to improve transparency on the identification and activity of short-term accommodation hosts, and on the rules they have to comply with, and will facilitate the registration of hosts,” the Commission said in a statement.

“They will also tackle the current fragmentation in how online platforms share data and, ultimately, help prevent illegal listings. Overall, this will contribute to a more sustainable tourism ecosystem and support its digital transition,” it said.

Reuters exclusively reported on the Commission’s proposal on Nov. 3.

“These proposals provide a framework for Airbnb to scale our collaborations with governments and make it easier for everyday Europeans to share their homes and follow the rules,” said Georgina Browes, Airbnb’s head of EU public policy.

Browes said by taking a more harmonised approach to regulation, industry and governments could better work together to improve access to data, boost transparency and address disproportionate local rules.

Under the proposed rules, Airbnb and its peers will have to share data about the number of guests and rented nights with public authorities, once a month, in an automated way.

The authorities will monitor their schemes and can put in place penalties for non-compliance.

The proposal will need to be agreed with EU countries and EU lawmakers before it can become law.

The Commission’s proposal is similar to a data sharing agreement which Airbnb struck with EU statistics office Eurostat two years ago allowing public authorities to access quarterly published data on the number of people using its platform and the number of nights booked.