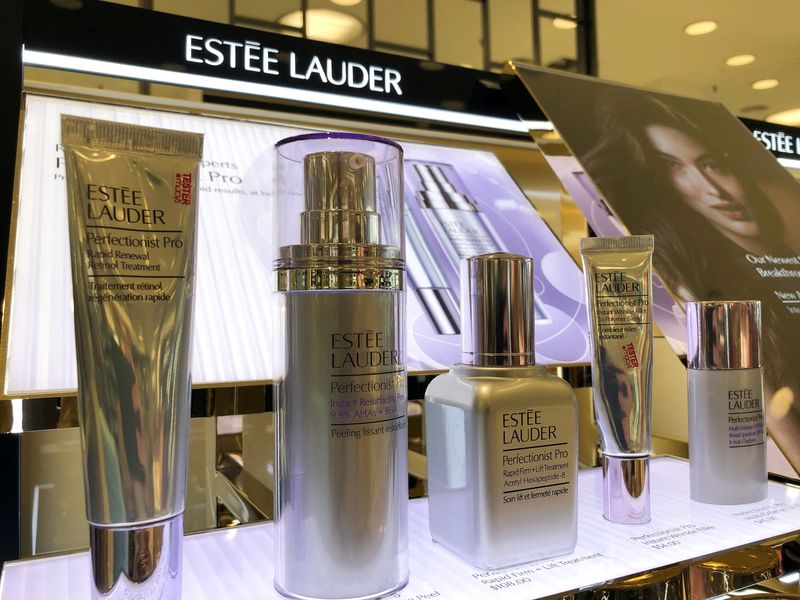 (Reuters) -Estee Lauder Cos Inc cut its full-year forecasts on Wednesday ahead of the crucial holiday season, blaming lockdowns in China and some American retailers cutting stocks of its cosmetics and fragrances on worries of a slowdown in demand.

The New York-based company’s shares were down about 12% in premarket trade after the company also forecast second-quarter sales and profit below estimates.

Sales growth of many U.S. companies such as Estee and Canada Goose have been impacted in China, with the country implementing a zero-COVID policy to fight rising infections.

Most of these companies are stuck with piles of unsold stock as cautious consumers stay away from crowded shopping districts and travel destinations like Hainan.

Estee generated about 31% of its sales from the Asia-Pacific region in fiscal 2022, according to a regulatory filing.

The company’s net sales in the Americas declined 3% in the first quarter of fiscal 2023 as rising inflation and fears of a recession in the United States caused some retailers in the country to limit inventories.

Cosmetics maker Estee, similar to other U.S. companies such as Nike Inc (NYSE:) and Levi’s (NYSE:), has flagged global currency headwinds as a strengthening dollar eats into profits of companies operating internationally.

The MAC brand owner expects full-year 2023 adjusted profit per share to decrease between 19% and 21%, compared with the previous forecast of a 5% to 7% growth.