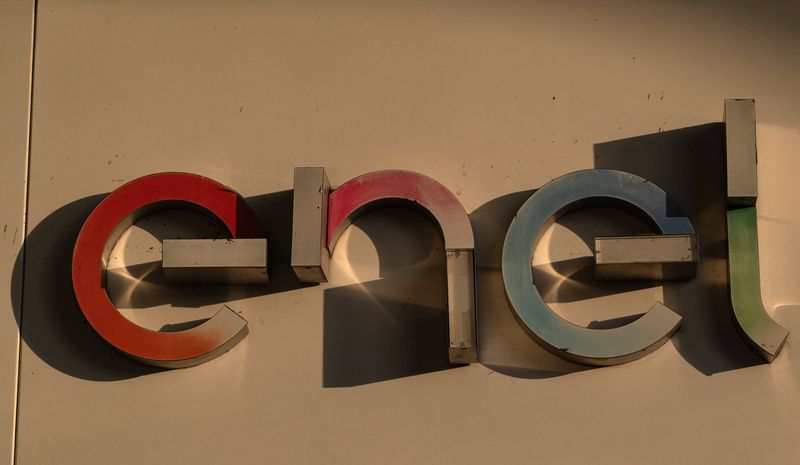 © Reuters. FILE PHOTO: The logo of the ENEL energy company at a store in Niteroi near Rio de Janeiro, Brazil, July 14, 2022. REUTERS/Ian Cheibub

MILAN (Reuters) – Italy’s biggest utility Enel (BIT:) and Israel’s Brenmiller Energy have teamed up to build a rock-based storage system in Tuscany as they test new technologies to increase flexibility in the use of renewable energy.

The two groups inaugurated on Friday a thermal energy storage (TES) project integrated with Enel’s power plant near the Tuscan town of Arezzo.

The technology allows excess energy produced from renewable sources to be stored in the form of heat and makes the power plant more flexible, the two groups said in a joint statement.

“This solution makes renewables more reliable, flexible and resilient and can be used to decarbonise sectors that need heat at high temperatures,” said Enel’s Head of Innovation Ernesto Ciorra, adding the system was based on the use of common stones and not rare materials, making it sustainable.

The TES technology utilizes a two-stage charge and discharge process to provide thermal energy. During the charging phase, steam produced by Enel’s power plant passes through pipes to heat adjacent crushed rocks. During the discharging phase, the accumulated heat is released to heat pressurized water and generate steam for electricity.

This system can store up to 24 MWh of clean heat at a temperature of about 550°C for five hours, providing critical resiliency to the power plant.

The project was partly financed by the Israeli Innovation Authority, which supported Brenmiller with 1 million euros in financing.