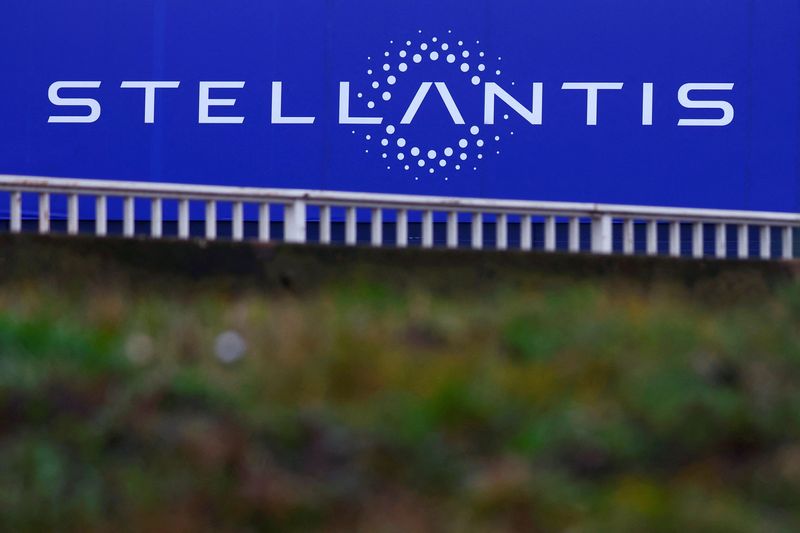 © Reuters. FILE PHOTO: The logo of Stellantis is seen on a company’s building in Velizy-Villacoublay near Paris, France, February 1, 2022. REUTERS/Gonzalo Fuentes

The “Do Not Drive” warning is for owners of previously recalled 2005-2010 Dodge Magnum station wagons, Dodge Challenger coupes, and Dodge Charger and Chrysler 300 sedans who have not yet addressed Takata driver-side air-bag recalls.

Stellantis said replacement driver-side air bags have been available for the vehicles subject to the stop driving notice since 2015.

More than 30 deaths worldwide and hundreds of injuries in various automakers’ vehicles are linked to Takata air bag inflators that can explode, unleashing metal shrapnel inside cars and trucks.

Stellantis said it had made more than 150 total contact attempts to try to convince the owners of the vehicles involved in the three fatal crashes to get recall repairs completed.

Most of the deaths reported have been in Honda Motor vehicles.

The NHTSA said it was aware of several other suspected inflator ruptures in vehicles from other automakers potentially due to exploding Takata air bags. There have been more than 400 U.S. injuries reported tied to Takata air bags.

Over the last decade, more than 67 million Takata air bag inflators have been recalled in the United States and more than 100 million worldwide, in the biggest auto safety callback in history.

The NHTSA says Takata recalls were spurred by propellant that could break down after long-term exposure to high-temperature fluctuations and humidity.

The 30 million vehicles that are part of the 2021 investigation have inflators with a “desiccant” or drying agent.