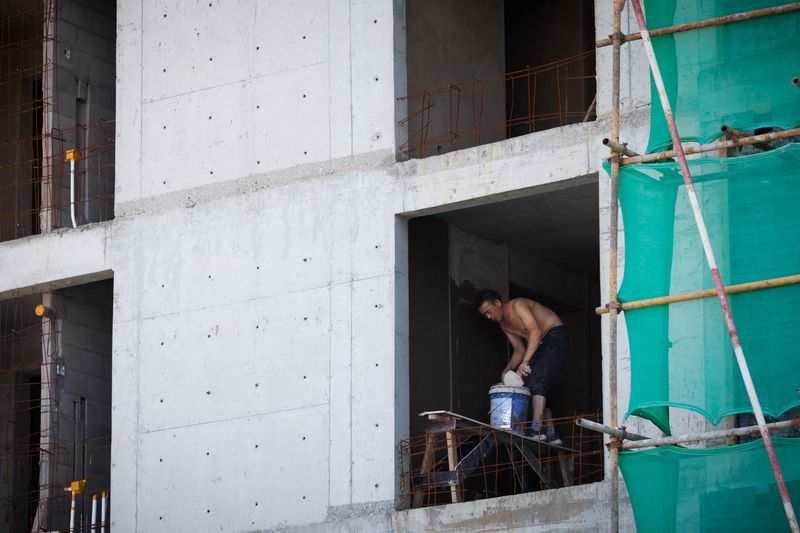 HONG KONG (Reuters) – Shanghai-based property developer CIFI Holdings said on Tuesday it has suspended payments on all of its offshore debt after it failed to reach an agreement with creditors to which it owes payments of $414 million.

CIFI said in a filing it has engaged Haitong International Securities Company Limited as financial advisor and Linklaters as legal adviser to facilitate a restructuring of its $6.85 billion offshore debt, as it is likely to come under continued pressure to generate sufficient cash flows for repayments.

Shares of CIFI plunged 25% after it resumed trading on Tuesday, versus a 2.2% rise in Mainland Properties Index. They have been suspended from trading since Thursday.

CIFI’s default is yet another blow to a deepening debt crisis in China’s real estate sector, especially as CIFI was regarded as a better-quality private developer with state support on its financing.

The firm said on Oct. 13 it did not meet certain offshore interest and amortisation payments due to delays in remittances during an extended holiday in mainland China. Analysts said the obligation involved was a coupon payment of a $319 million convertible bond.

In the Tuesday filing, CIFI said the failure to meet its offshore debt obligations was because of a further deterioration in sales and credit available to the industry in China since September and heightened payment pressure triggered by a ratings downgrade.

But it added its offshore debt issues do not materially affect its onshore financing arrangements as a whole, and its commercial operations remain normal.

CIFI said it has approached some creditors with a request that they form a coordination committee and an ad hoc group of bondholders, at the firm’s expense for their legal advice, to facilitate the restructuring talks.