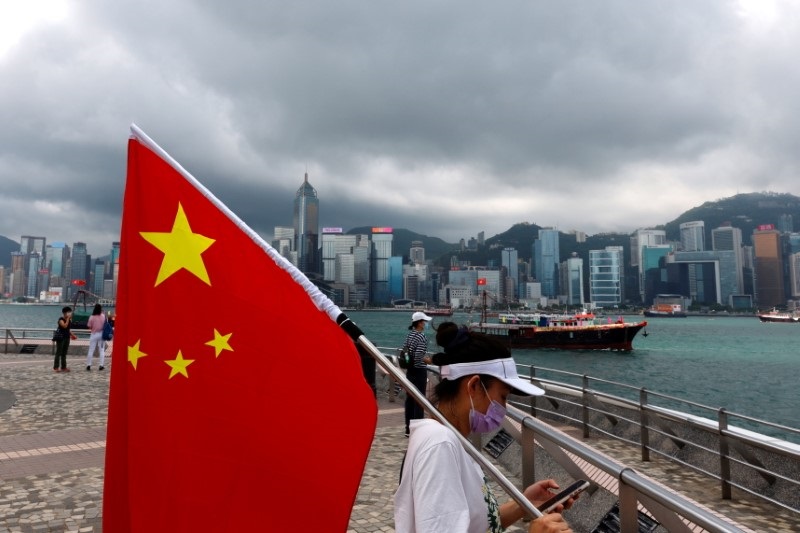 Investing.com– Chinese stocks surged on Friday as rumors continued to circulate on social media that the country plans to scale back COVID-related restrictions, even as government officials downplayed the possibility of such a move.

China’s blue-chip index surged 2.7%, while the index jumped 2.1%, both trading around three-week highs.

Hong Kong stocks were also caught up in the buying spree, with the index rallying nearly 5.5%.

Friday’s gains put all three indexes on course to end the week between 5% and 10% higher, their best weekly performance in over two years. The also benefited from the rumors, rising 0.6% to the dollar, while the rallied over 1%.

New, unverified rumors circulating on social media said top-level officials of the Chinese Centre for Disease Control suggested that Beijing’s zero-COVID policy will soon have a substantial change. The latest rumors also suggest that the reopening will happen sooner than the initially speculated timeline of March 2023.

These came after an unverified note being circulated earlier this week suggested that the Chinese government was forming a special committee to consider the scaling back of its zero-COVID policy, which will entail the reduction of testing, quarantine periods, and the eventual opening of borders.

But Chinese authorities denied that such a move was in the works.

Still, Chinese investors appeared keen to snap up any positive signals after a dismal performance by the stock market this year. China’s blue-chip index slumped to an over-two-year low in October, while the Hang Seng index recently touched a 13-year low.

The zero-COVID policy is at the heart of China’s economic slowdown this year, as a slew of lockdowns ground activity to a halt.

But Beijing has so far shown no inclination towards scaling back the policy, with President Xi Jinping recently reiterating the country’s commitment to the act.

China is also grappling with its worst COVID outbreak since May, with major urban centers such as Shanghai and Wuhan seeing exponential growth in infections.

This has spurred the reintroduction of COVID curbs, and could result in stricter measures if the situation worsens.