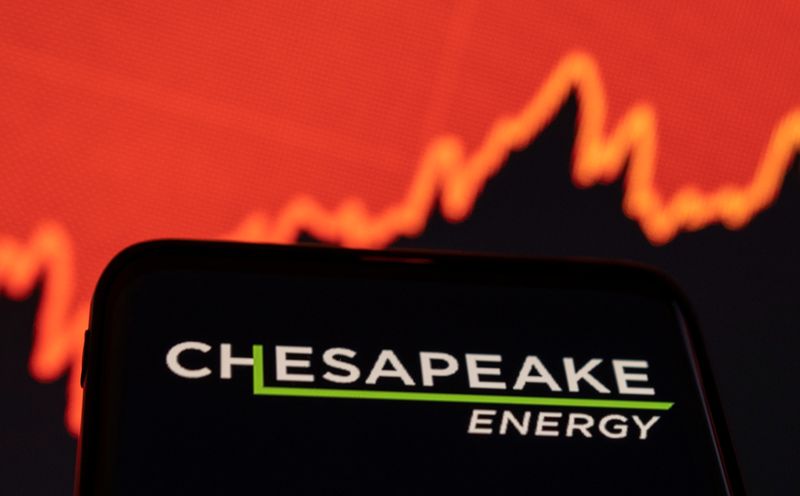 (Reuters) – Chesapeake Energy (NYSE:) on Wednesday said inflation in the fastest growing U.S. shale gas region could surpass 15% next year, a sign that soaring costs for energy producers are far from abating.

The Oklahoma City-based company topped Wall Street third-quarter profit estimates this week, bolstered by higher prices which averaged $6.955 per million British thermal units (mmBtu) – a 43% increase from a year ago.

Like most oil and gas firms, it is grappling with steep cost increases for materials and labor. Mid single-digit cost increases also lay ahead in the Marcellus shale area, the largest U.S. gas field.

Production next year will be flat, said Chief Executive Domenic Dell’Osso, pointing to the lag-effect on production from past cutbacks to drilling. The company will be prepared for a pick-up in demand in 2025 as proposed liquefied natural projects open, he said.

“In the near term, we really don’t see any need for growth. And so 2023 is probably setting up to be about flat on a year-over-year basis,” Dell’Osso said.

Natural gas was trading under $6 per mmBtu on Wednesday, well off highs of more than $9 per mmBtu during the third quarter. Chesapeake executives on Wednesday said if prices fell to the low to mid-$3 per mmBtu range for a sustained period, they would consider pulling back new activity.

Marketing of its Eagle Ford oil assets in South Texas is ongoing and seeing high interest, executives said. The company plans to pay down debt with some of the proceeds from that sale.

Chesapeake Wednesday also said it plans to exercise an option to take a 35% stake in a Momentum Midstream gas transport project from the Haynesville shale to the U.S. Gulf Coast. The project includes a carbon capture and sequestration component.

Chesapeake has entered into a 700 million cubic feet per day gas gathering and transport agreement to anchor Momentum’s infrastructure.