California county settles with Chevron over 2021 refinery spill By Reuters 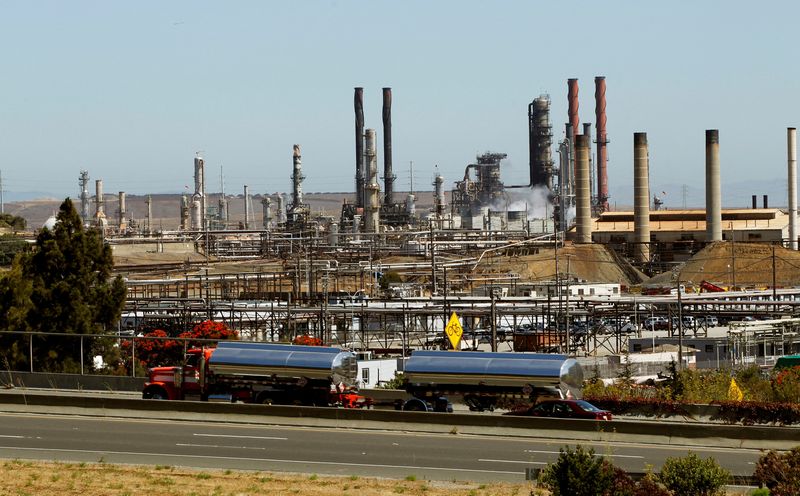 (Reuters) – The Contra Costa County District Attorney on Friday said it has reached a settlement with Chevron Corp (NYSE:) over a diesel spill into the San Francisco Bay from the company’s 245,271 barrel-per-day Richmond, California refinery last year.

Officials did not release financial details of the settlement, and Chevron was not immediately unavailable for comment.

The settlement with Chevron by the Contra Costa District Attorney along with the California Department of Fish and Wildlife includes injunctive relief, civil penalties for wildlife funds, and enforcement costs, as per a release issued by the District Attorney’s Office.

“Corporations must be held strictly liable for any discharges of diesel into San Francisco Bay,” said District Attorney Diana Becton in a statement.

Around 757 gallons of a diesel water mixture leaked into the bay at the Richmond Refinery Marine Terminal in February last year.

The California Department of Fish and Wildlife’s Office of Spill Prevention and Response found a small hole in the line that spilled a mixture into the waters south of the Richmond Long Wharf to Cypress Point and north of the wharf to Point Molate, as per the release.

Some provisions in the judgment mandate Chevron implement various prevention and response measures to address and mitigate the identified hazards discovered in the investigation.

“They include a more comprehensive pipeline inspection program, the piloting of a leak detection system, a detailed review of existing systems, and improved training of staff.”